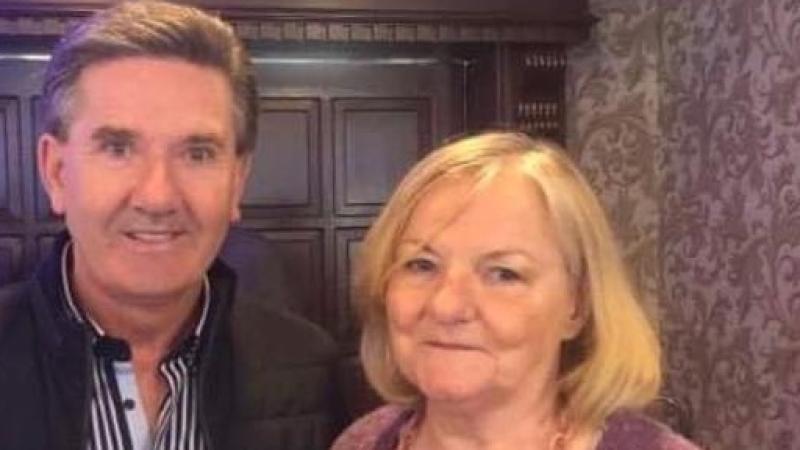 March 10, 2022 was a day of enormous significance for Mary McAnea.

That was the day she became the very first person in Donegal to receive the revolutionary amyloidosis treatment, Patisiran, in Tallaght Hospital in Dublin.

Mary was eventually diagnosed with the condition in July 2021.

Speaking to Donegal Live at Saturday's international amyloidosis conference 'Emerging from the Shadows' in Gaoth Dobhair, Mary revealed she had been misdiagnosed as having Hypertrophic cardiomyopathy (HCM) in 2019.

She explained: “I was very breathless and could not walk far. At that time I thought, 'I'm diagnosed now, I'll be alright, they'll give me medication'. I went home to tell my family that HCM was a sudden death syndrome in young athletes. I was diagnosed with HCM from an MRI I had in Dublin had an angiogram.

“But I still wasn't well and I had to go back to the doctor. I just could not stick any more. So I was in and out of hospital. Then they thought I had chronic obstructive pulmonary disease (COPD), so I had a lung wash. However, the doctor said, 'No, your lungs are powerful. You can go off all inhalers, all the antibiotics you are on. It is your heart.

“So they started investigating my heart again. I had a battery of tests. I then underwent a DPD scan, which showed up a mass in my heart, which they thought was cancer. However, it ended up being amyloid, so I went for the test for that and I was taken up to the Mater and got the test done there that confirmed it was amyloidosis.

Amyloidosis 'Emerging from the Shadows

“My consultant, Dr Joyce, it was not unusual to be diagnosed with something else because there are so many organs affected by amyloidosis. After that I went to Tallaght Hospital to get the polyneuropathy [nerves] tests because you could only get Patisiran if you had that. Dr Joyce thought I would not be able for Patisiran because my heart was so bad but now the know Patisiran helps the heart also, as Professor Gillmore [Royal Free Hospital's Amyloidosis Centre] said this afternoon,” said Mary.

Mary began her Patisiran infusions in March, in Tallaght Hospital. She had three sessions in hospital and one at home.

Describing the process, she said: “I will be able to have all of my future Patisiran treatments at home from now on, every three weeks, forever. They ring me an hour before the infusion. I take certain medication and then the healthcare practitioners administer the Patisiran.

“You have have a special fridge to store the drug and I take that out when they ring me as well. It normally takes three hours for a complete infusion.

“I think because you know you are on treatment, it just makes you feel better. There is slight improvement but time will tell. I feel very reassured.

“And, I have to say, the ATTR Amyloidosis All Ireland Awareness organisation is fantastic. It is great to have the support of the group. It would be great if we had a liaison officer coming out to people who were newly diagnosed who would explain everything because a lot of people are very private because they might think they would not get a job again, younger people especially.

“Then you have the younger generation coming up and they don't want everyone to know. However, I would say, if you have an inkling you might have amyloidosis or it is in the family, go and get tested right away. Go to your GP and push it. I pushed it in Letterkenny. I would not leave the hospital till I found out what my mass was,” said Mary.