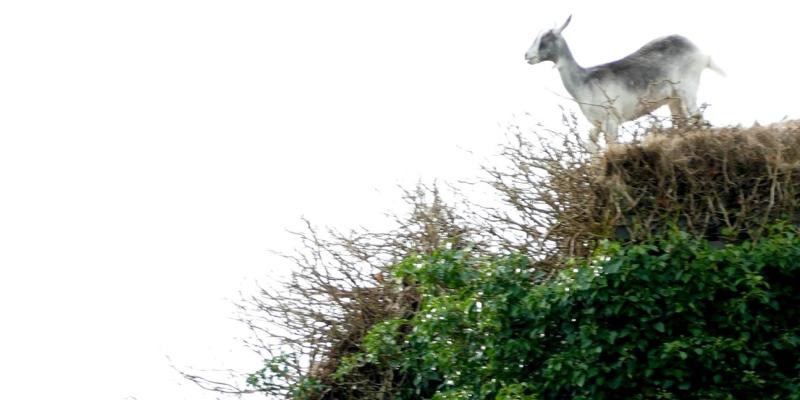 The goat is one of several that have been seen around Northburg Castle in recent months PICTURE: ENDA CRAIG

Residents of Greencastle woke on Sunday morning to the unusual sight of a goat looking down on them from the top of the village’s Northburg Castle.

Moville man Enda Craig was on his daily cycle through the village when he saw a goat peering down on him from the substantial height of the top of the 14th-century castle which was built by Richard de Burgh, The Red Earl of Ulster, in 1305.

Mr Craig, a keen photographer, said he could not believe the goat had reached the top of the main tower.

“I looked over and I couldn't believe it when I saw yer man at the very top of it. It’s a great height. There he was - the king of the castle.”

Mr Craig said the height of the castle is such that a number of visitors who climbed to the top of it several years ago needed the help of the fire service to get down after they became stuck. 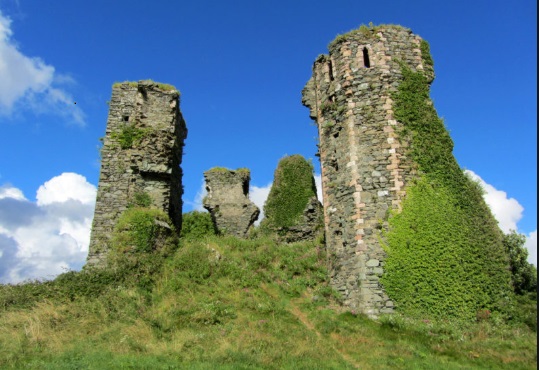 Northburg Castle which was built by Richard de Burgh, The Red Earl of Ulster, in 1305

He said the goats have been a regular sight at the castle, which is the subject of conservation plans, in recent months and he believes they may be there deliberately to help control the vegetation which has grown over it.

“It’s very well fenced off and it seems that they have been put in there deliberately, which is a very good idea because they are eating away at the vegetation. There is a water trough and a feeding trough there so they are being well looked after. The place is coming down with whins, briars and brambles and they are cleaning it up fantastic.”