Des Kavanagh will read from Binnion Road during the Clonmany Festival 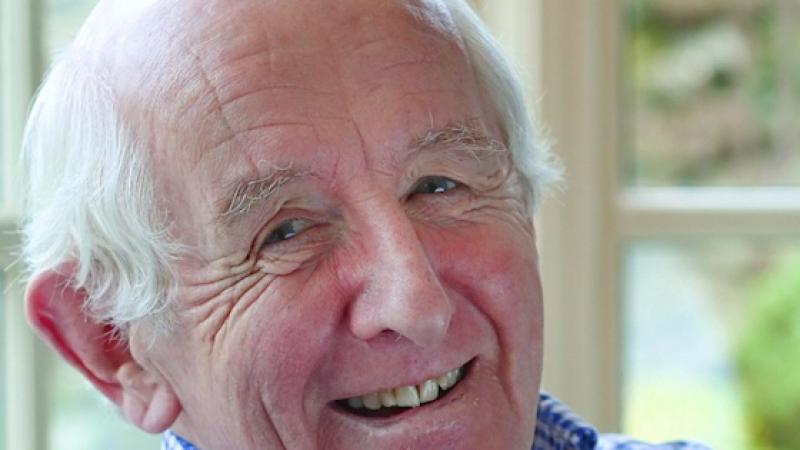 Des Kavanagh will read from Binnion Road during the Clonmany Festival

Clonmany native Des Kavanagh will return home to read from his first poetry collection, Binnion Road, during the Clonmany Festival.
The collection is named after the scenic road that connects his home village with the shore.
There is an introduction to Binnion Road by the late Seamus Deane, the leading writer and critic from Derry who passed away last year.
A friend of Des’s since their schooldays in St Columb’s College in Derry, he sent Des the introduction just months before his death.
“Des Kavanagh’s poems are full of the names of people and places he knows or has known well,” he says in the introduction.
“Kavanagh’s ancestral Inishowen in Donegal, his family, in its old and new generations, often provide the pivot that turns him to the past, although it also allows for glimpses of the future, through children and grandchildren.”
In Far and Near he describes a drive along the Fanad Peninsula looking across at his native Inishowen: “I drive up Fanad Way/along the Swilly shore/past rocky downslopes/and strands that reflect/the coast of Inishowen./Past Rathmullan, Portsalon/how close/this headland takes me./ Bending at Fanad Head,/across the bay, I see/lights in houses/that I know, familiar/townlands skewed./Sheep are white dots/on the gap of Mamore,/Leenan has its back to the shore./This is how people here/have always seen us./I am both far and near/alienated in a place/I thought familiar./ My mother waiting/on the other side.”

Des’s father was a school teacher who had befriended the seannachaí Charles McGlinchey and in a fortuitous collaboration captured his music and stories in The Last of the Name, which was edited and introduced by Brian Friel.
His work has been shortlisted in the Cúirt New Writing Competition, The Fish Poetry Competition, Hennessy New Irish Writing/Irish Times, and has been broadcast on RTÉ Radio 1’s Sunday Miscellany.
He was educated at St Columb’s College Derry, University College Galway and University College Dublin. He did postgraduate dental studies in London and trained as an orthodontist. Des, who lives in Galway, has always had a strong interest and involvement in the arts. He was co-founder and chairperson of The McGlinchey Summer School in Clonmany.
The reading will take place in Clonmany Community Centre on Thursday, August 4 at 5.30pm with musical accompaniment by Patsy Toland.