The friendly informality said it all. US Ambassador to Ireland, Claire Cronin, was at home, she was among her own. 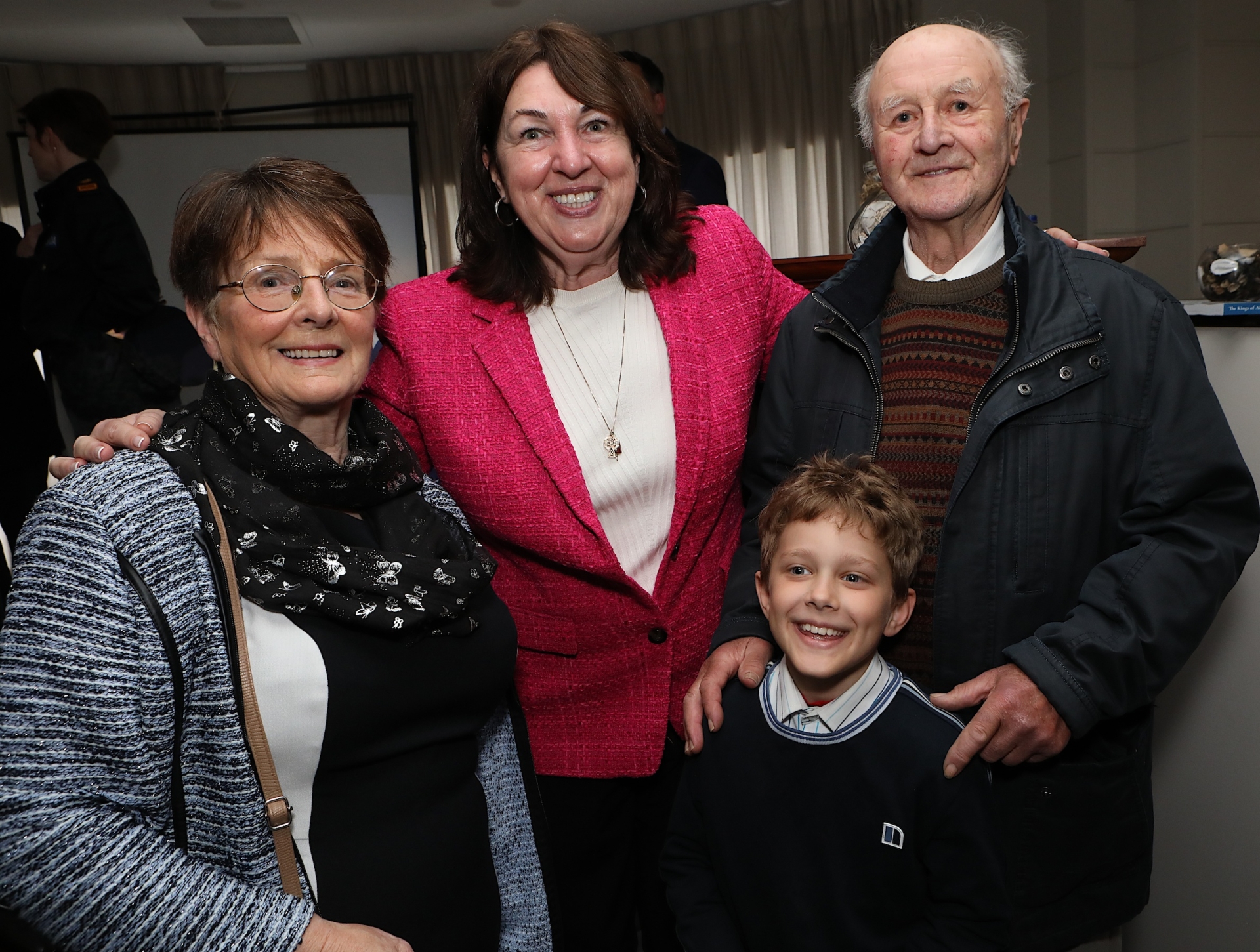 Ambassador Cronin visited Inishowen on Monday afternoon to see the birthplace of her grandfather.

It was Ambassador Cronin's first visit to Carrowmenagh where her grandfather Hugh McLaughlin was born in 1886. He emigrated to the US in 1912 to start a new life.

Ms Cronin said she grew up hearing stories about Donegal from her father but this was the first opportunity she had to visit the place from where her ancestors came.

The Ambassador visited the local Garden of Remembrance which honours the 13 families who were evicted by an absentee landlord just after Christmas 1881.

Having met up with her Inishowen relatives earlier in the day, the Carey's from Ballymacarthur and the McLaughlin's from Carrowmenagh, Ambassador Cronin travelled to The Castle Inn in Greencastle, for the launch of the Conservation Plan for the village's iconic Northburgh Castle.

The venue was packed, the atmosphere was welcoming and a beaming Ambassador Cronin warmly congratulated each young person who had won a prize in the recent Northburgh Castle Conservation Group art competition, as she presented them with their certificates and medals.

Addressing the audience, Ambassador Cronin said it had been great for her to meet all of the talented young artists.

She added: “As a mother of two, I just can't remember my kids ever being so good and patient at a ceremony like this. There is a lot of good parenting going on here.

“The relationship between our countries goes back and we have such strong ancestral ties that bind us.

“I always like to say that the most important things are the people to people ties and that is why I am so delighted that I was able to be invited here today. It has been truly, truly wonderful.

“And to all you kids out there, if you want to know how important Ireland is to the United States, there is only one country in the world, that their Taoiseach has an annual meeting with the President of the United States and that is Ireland.

“It is the only country in the world that every year has a standing meeting with the President.

“That is a good example of why we consider Ireland so important. An it is always a two way street. We love to be in Ireland and the Irish like to come to the US.

“I am thankful, once again, for such a great welcome. I am delighted to be here. It is my first time here but I can assure you it won't be my last. Thank you very much.” 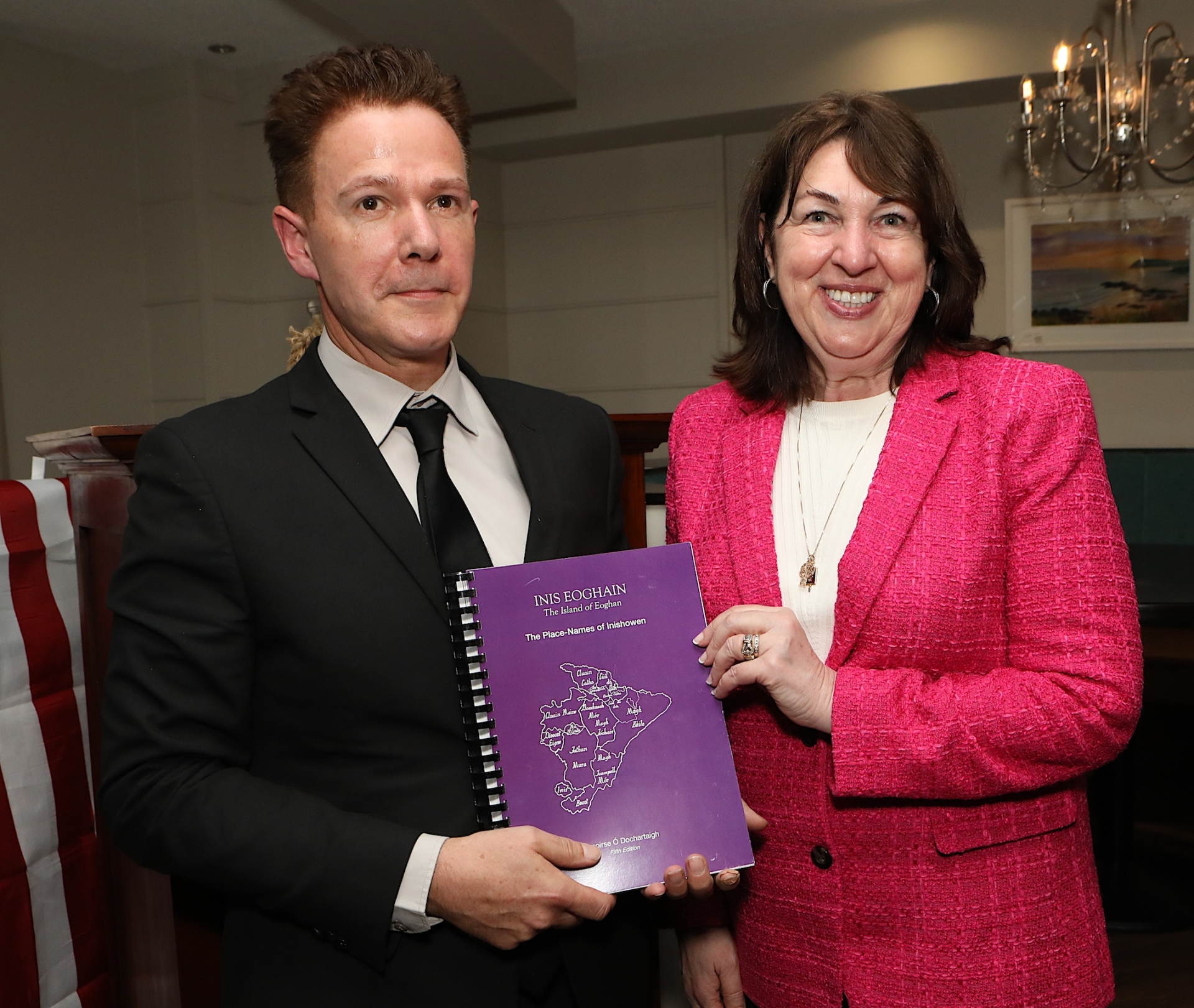 “Dara Burke then did a super cool, digital 3D model of the Castle, using tens of thousands of photographs,” said Michael.

“Why did we do the Conservation Plan? Well, we have a really important historical building in our area, which could be a great tourist attraction. But, it is 700 years old and it needs a bit of care and attention.

“There was a window in the Castle in the late 1980s and just because of wind and weather, it collapsed over the last 30 years. That was one of the reasons. Historian, Neil McGrory, was the person who highlighted that, so, we set up the Conservation Group last year, to try and get things moving to try and protect the Castle.

“For historic structures in Ireland, the first thing you have to do is create a conservation plan. You can't just hire some guy to come along with some plaster and bricks and hope for the best. You have to get a professional who knows what he is doing.

“So we applied for funding from the Heritage Council, we asked Duncan to start on the plan and we also raised some money via a GoFundMe page, about €4,500, all through local people giving as little as a fiver, up to one person who gave €1,000, so it was brilliant.

“Then we asked Dara to create a 3D model of the Castle because I had previously worked with Darragh and had seen a 3D model he had done of Dublin Castle, which was really fantastic.”

Giving Ambassador Cronin what he described as a “super fast” history of Inishowen.

In an immensely entertaining re-telling, Michael likened the political 'intrigue' and violence associated with Northburgh Castle to an episode of The Sopranos. The audience was enthralled.

Northburg Castle has not been actively used as a castle since about 1700.

“We have a fantastic castle. It could be a huge tourist attraction. It is a great piece of heritage for the area,” said Michael.

“So we want to create a Heritage Trail, eventually, for the Castle and for Inishowen. It could link up to The O'Doherty's Keep in Buncrana and An Grianán Áiligh. There are some great places here and eventually we hope to connect all these up.

“In the immediate term, we have won funding from the National Monuments Service to do €30,000 worth of preparatory work, to do immediate repairs to the Castle, which is great. There should be ongoing work to do, fixing up masonry, archaeology. There is loads happening and, hopefully, it will provide benefit to the local area.”

Michael then thanked the Ambassador Cronin for attending the launch.

Ambassador Cronin's homecoming was rounded off with light refreshments as she chatted with everyone present. 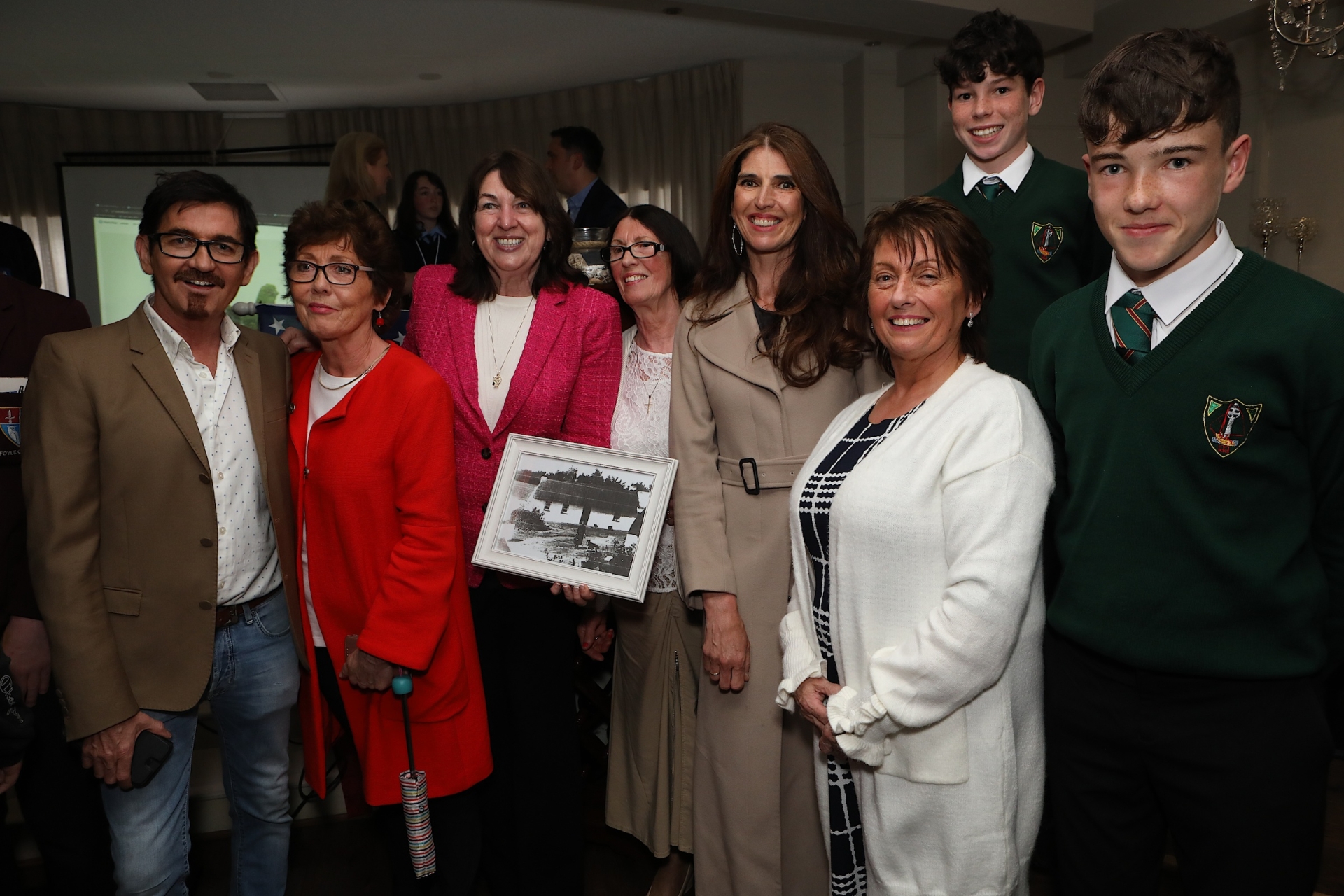 Finishing off her tour of the peninsula, Ambassador Cronin local businesses in Moville.