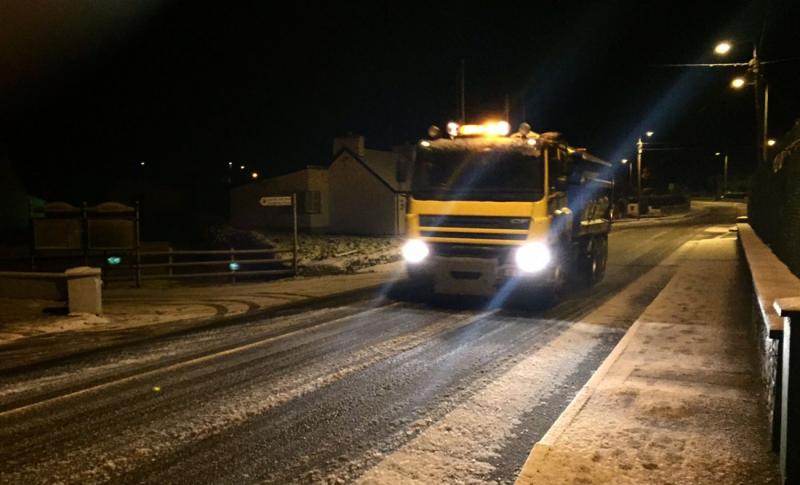 All designated routes in Donegal are to be gritted on Tuesday night as temperatures fall to between 0 and -2 degrees.

Gritters will be out on all the county’s designated gritting routes from 8pm.

Met Éireann says Tuesday night will be cold and clear with a widespread frost developing.

Frost and icy patches will slowly clear during Wednesday morning.

READ MORE: Weather forecast for Ireland for the coming days from Met Éireann