McCabe: ‘Up to seven teams capable of winning Intermediate Championship’

St Naul's clubman Brian McCabe is a two-time Donegal IFC winner and feels the competition, which has been ultra-competitive for years, is wide open again 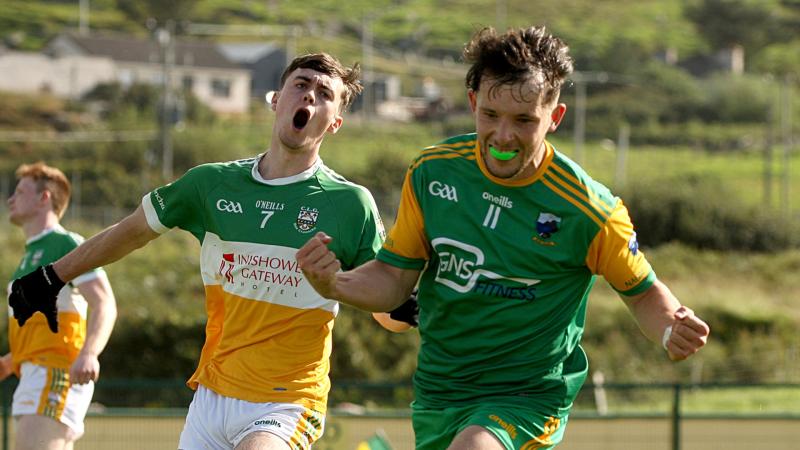 This season's Michael Murphy Sport and Leisure Donegal Intermediate Football Championship throws in on Friday and is being looked upon as the most competitive in years.

That is the prevailing view and also the view of two former intermediate championship winners with their respective clubs Brian McCabe from St Naul’s and Leo Gill of Buncrana.

“Downings and Malin are the form teams and at this stage the two front runners but you have Naomh Columba, Dungloe, who were last year's beaten finalists, in a replay, Termon, Buncrana and Fanad Gaels. 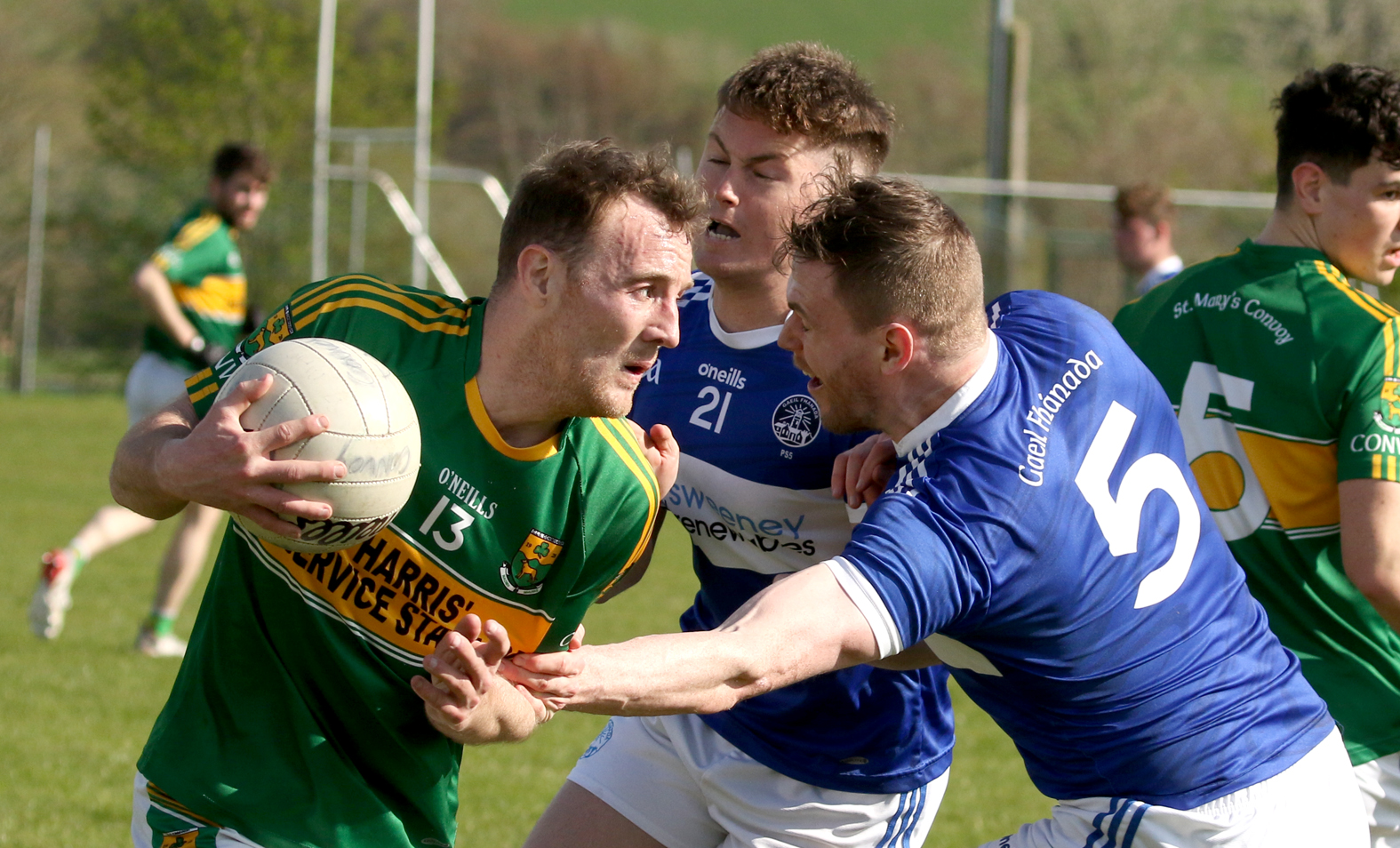 “They are all potential champions,” added McCabe. “I honestly could not pick a likely winner at this stage. Downings pipped Malin last weekend for the Division 2 league title and only last year won the junior championship

“They will be playing in Division 1 next season and they will go into the championship believing they are capable of winning it,
“We played them in the league and I was very impressed with them. They have class forwards in Johnny McGroddy and Lorcan Connor and are genuine contenders.

“Malin had a good league and they too will be playing in Division 1 next season and they have quality forwards in Matthew Byrne, Christopher and Benny Fildara McLaughlin.

“Looking at their fixtures they have possibly one of the toughest draws, away to Naomh Muire, home to Burt and Dungloe and away to Termon in the last game. But I still fancy they will be in the shake-up and are one of the teams to beat.

“And then you have Naomh Columba, Termon, Buncrana and Fanad Gaels and I haven't mentioned Dungloe yet.
“They were beaten by Cloughaneely in last year’s final and I know from speaking to the Dungloe manager Dessie Gallagher, they are hurting from that defeat.

Catching the eye: Players to watch in this year’s Football Championships

With county players not playing for spells of the All-County Football League, there were a number of stand-out players who will be looking to take their good form into the football championships in the coming weeks


“Naomh Columba are another team that have come close in the last few years. I think they have been beaten in the last four semi-finals so this is a big year for them. Paddy J McGinley has taken over the manager’s job from Pauric O’Donnell and they will be anxious to make the breakthrough this year.

“Buncrana with Caolan McGonagle back from county duty and Darach O’Connor back from injury and Gary Duffy in charge will also fancy their chances.

“Termon played in Division 1 this season and albeit they only won one game, the last of the league. But a lot of those games they lost there was never much between the teams and were all narrow defeats. They have had a number of good underage teams in recent seasons.

Cloughaneely were last year's Donegal IFC winners having lost their previous two finals and they leave behind a competition so fierce few can be confident of picking a winner. Here's the hopefuls


“Fanad won the Gaeltacht All-Ireland and will also be there or there about and then you have Convoy and Red Hughs - who have to meet in a Division 2 relegation play-off. Along with the three teams promoted from Division 3, Burt, Naomh Brid and Naomh Muire, they will all prove to be sticky opponents at home for any of the top teams.”

The one area of concern McCabe has about this season's championship is the schedule of four games in four weeks for the group stages.

“Four of our games in four weeks I feel is very unfair,” he said. “It increases the risk of players picking up injuries and as we all know the clubs are working with small panels. 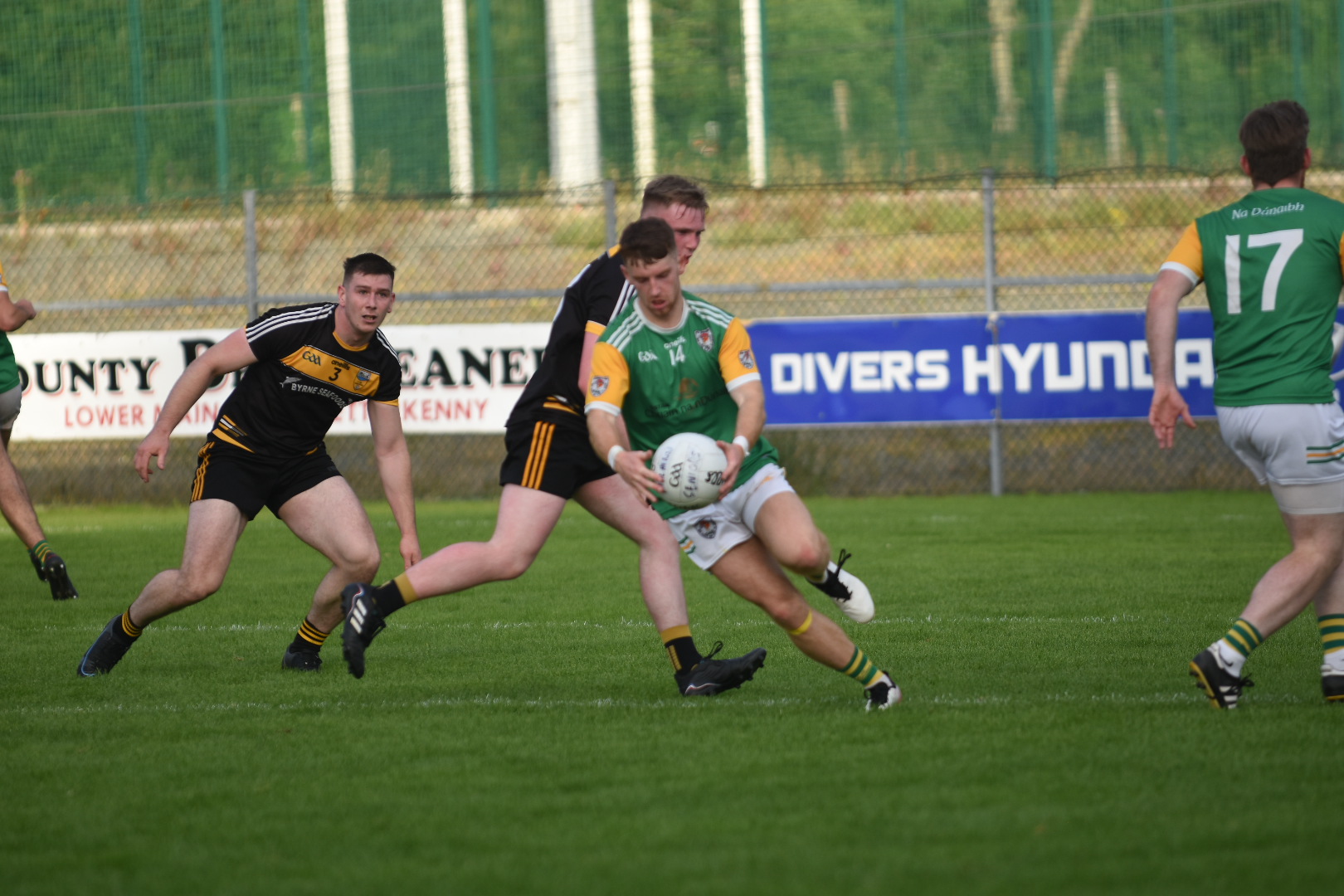 “And if a key player was to pick up an injury it could be costly for a club. Say if Downings were to lose Johnny McGroddy or Lorcan Connor or Malin were to lose Christopher or Benny McLaughlin for a game or two it could be the difference between advancing in the championship. The games need to be spaced out to make it fairer for the players and the clubs.”

“Malin are playing really really and were unlucky in the league final last Sunday, but they topped the Division Two table at the end of the league,” he said.

“They have a good mix of youth and experience and they have a group of young players coming through. I think they will draw great confidence from the league run and the manner of the final defeat will spur them on for the championship.

“I know I can be accused of being biased but I do fancy our boys too. Caolan McGonagle is back from the county, Darach O’Connor and John Campbell are back from injury. Like Caolan they missed most of the league but they are fit again. They are three big players for Buncrana and young Ben Bradley, Ryan’s younger brother is playing well too so I do think Buncrana are genuine contenders.

“But when you look at the teams Malin, Downings, Naomh Columba, Termon, Dungloe and Fanad Gaels it is a very competitive championship, possibly the most competitive it has been in years.

“You could add Burt to that list too. They may be outsiders but they are going into the championship on the back of a good league campaign and won Division Three and were promoted. If there is a dark horse this year it could be Burt.”