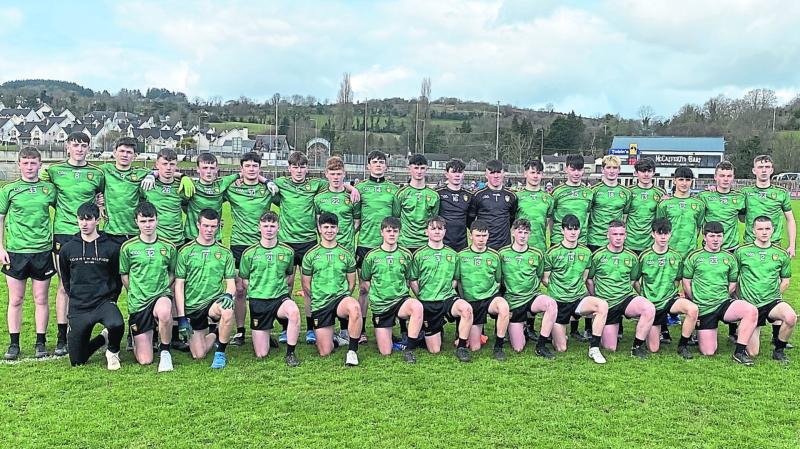 Donegal are through to the final of Buncrana Cup (U-16) following a resilient performance at St Tiernach’s Park to see off Monaghan in the semi-final, with Jack Hegarty’s 1-6 from play a vital part in the three-point win.

Danny Brown from Naomh Conaill led the way with an excellent display and his goal put Barry Ward’s side into a 1-4 to 0-2 lead on 10 minutes.

By the break, Donegal had stretched the lead out to three points, at 1-6 to 1-3 with Shane Callaghan of Naomh Columba, who would score three points in all, keeping the scoreboard ticking. However, Monaghan added two second half goals to go ahead with only eight minutes remaining.

Tyrone played Dublin at Pairc an Locha in Loughmacrory in the other semi-final, with the Red Hands coming out on top so they will take on Donegal in the final in three weeks’ time.