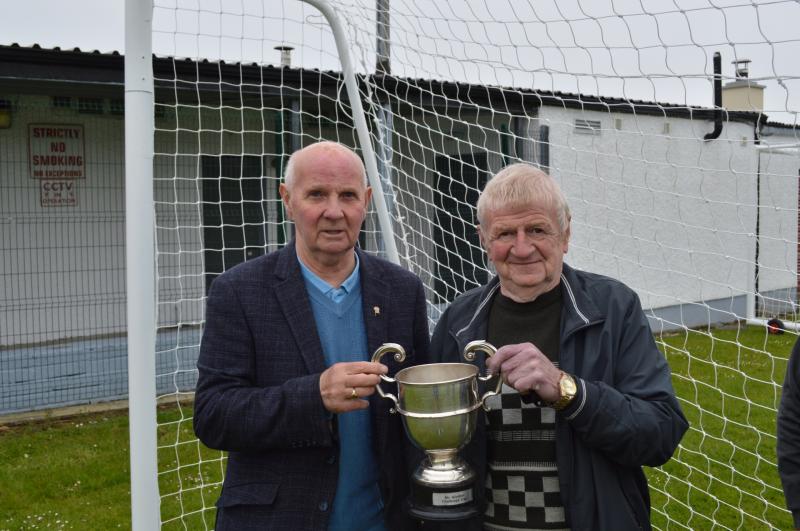 On May 2nd the Inishowen soccer community learned of the sad passing of Buncrana Hearts legend, Junior Armour.

Junior first broke in the Hearts team in the early 1960s and played in the FAI Junior Cup Area Final 5-1 victory over Bunagee Utd in Maginn Park.

Junior quickly gained a reputation as a very accomplished tough tackling full back in both the Derry & District and Inishowen Leagues.

One of Junior’s team mates tells the story of a time when the Hearts arrived at the Brandywell Stadium for a cup tie and a former Derry City/Finn Harps star was waiting for them to exit the bus, his first words with fear in his eyes was “is Junior playing today” to which the Hearts player responded “no Junior is not playing today and the afore mentioned player expression turned to one of relief. 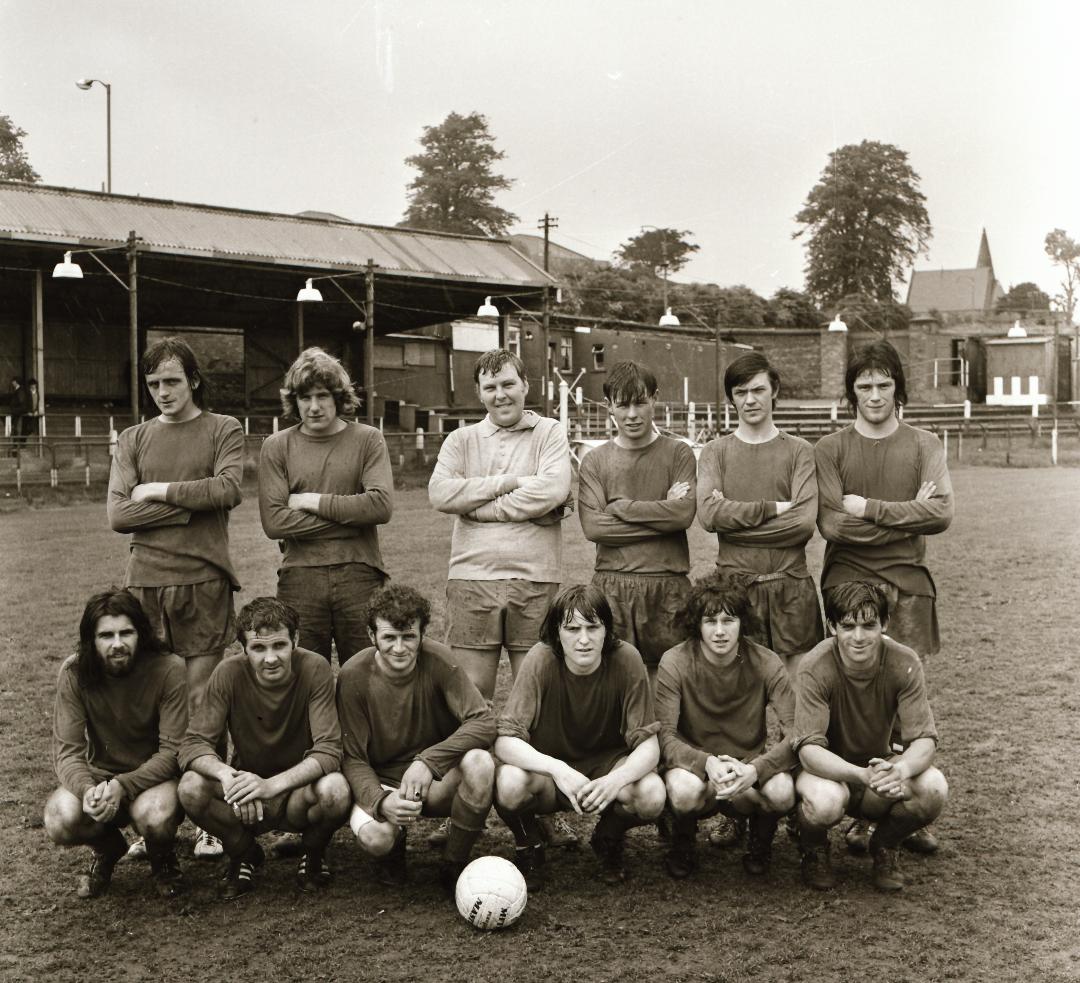 Junior was hot property at the time with Coleraine FC amongst his admirers he did train on several occasions but his heart was with his local club.

More success was to follow most notably with the Hearts D&D treble winning side of 1971. In the same year Junior along with fellow Hearts players Peter Murphy and Jim Caldwell won the famous Kennedy Cup with Rosemount Celtic.

In 1974 Junior captained the Hearts to victory in the Bishops Cup before heading to London to work. Once again success came his way this time with Buncrana Hearts London winning the Invicta Sunday Football League following a 2-0 victory over Ashanti FC.

Junior eventually hung up the boots and began attending English League matches throughout London most of which were at Loftus Road the home ground of QPR close to were he now resided in Shepherds Bush.

Junior would return home every Christmas and summer when he would get to watch his beloved Hearts in the summer cup competitions.

Junior returned home several years ago and resided in his parent’s home which overlooked the pitches at Castle Park. 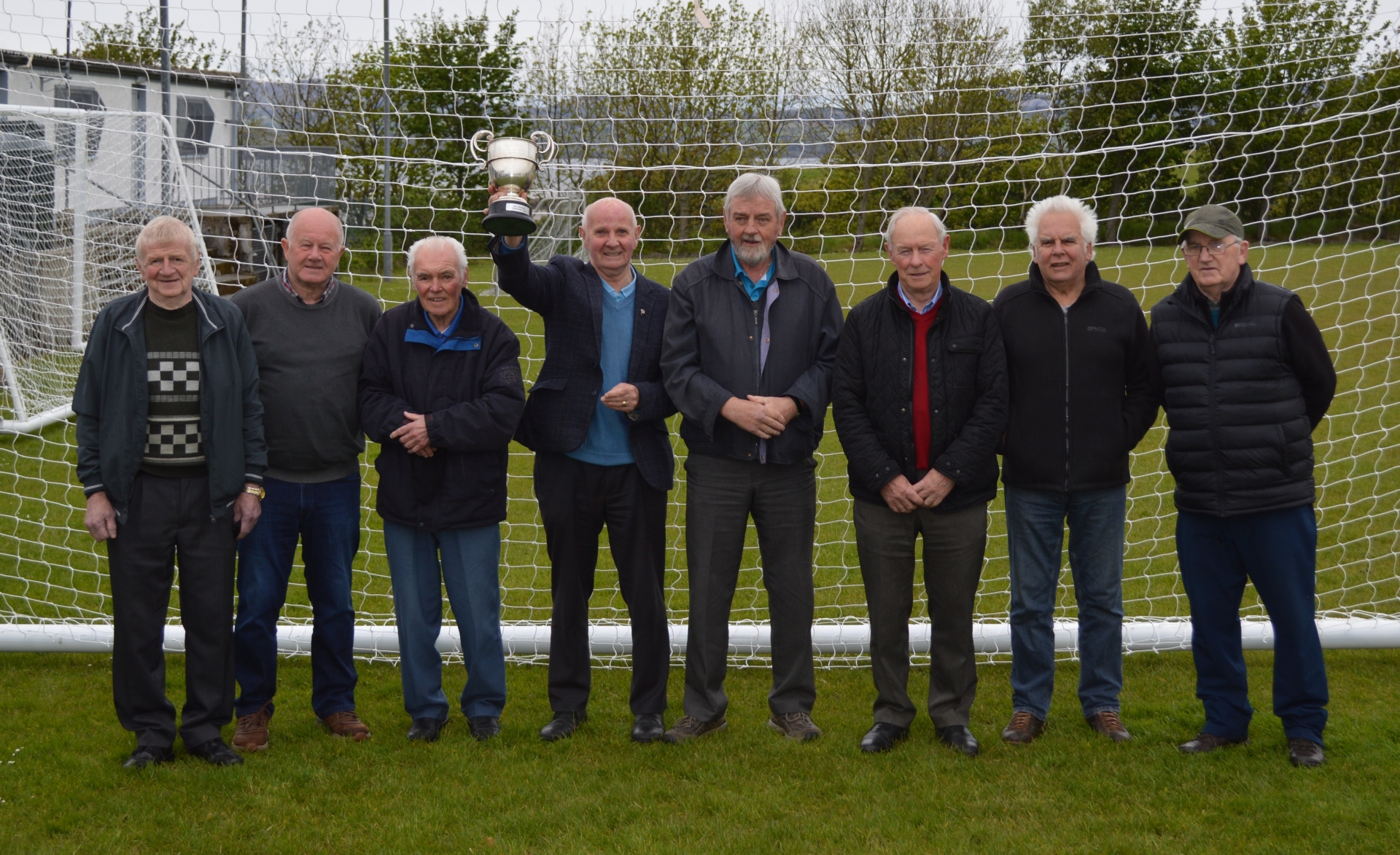 When you would meet Junior the conversation would be about football and ultimately turn to how the Hearts were getting on he would ask who were those wains in the club yesterday and that it was great to and “fair play to you, you's are doing a great job”.

Junior loved nothing more than dandering into the town getting the daily newspaper tucking it under his arm, (never new how he managed that as the paper seemed to be stuck under there) and heading into O`Flaherty`s for the craic with Pauric and the lads.

On the day of Junior’s players past and present gathered outside the house and accompanied the cortege to Cockhill Chapel were Buncrana Hearts Football Club performed a guard of honour for one of their own.

Buncrana Hearts would once again offer their sincerest condolences to the Armour family.