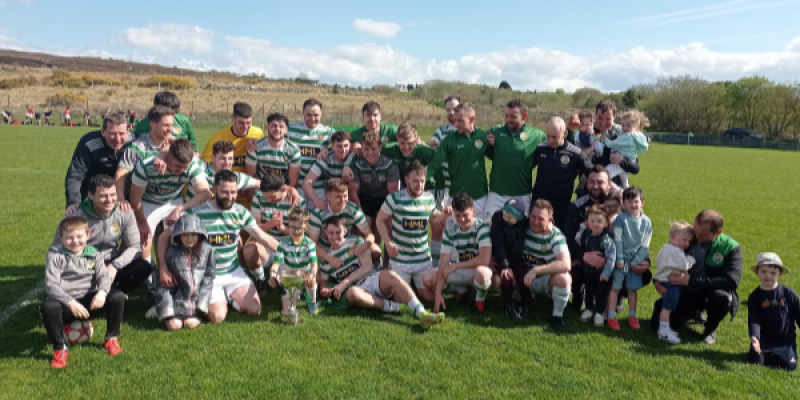 A strong second half performance from Cockhill Celtic saw them defeat a dogged Letterkenny Rovers 3-1 in the Donegal News USL League Cup group stage at Leckview Park on Sunday afternoon.

This was Cockhill’s first competitive joust of the new domestic season.

They took the lead on 13 minutes when Garbhan Friel’s exquisite cross was met by Oisin McMenamin, who headed home an excellent opener.

Rovers had chances to go ahead with the impressive Luke Parke forcing a good save from Houghton.

There were wins in midweek for Milford United, Bonagee United and Kilmacrennan Celtic in the John 'Gorey' Curran Youth Cup

Cockhill saw Stephen Duffy's penalty well saved by Mark Anthony McGinley in the home goal on 32 minutes with both sides probably happy with honours even at the half time interval.

Cockhill started the second half the better and they went in to dominate. Gavin Cullen’s men took the lead on 58 minutes when Duffy made up for his penalty miss when cooly slotting home after Christy McLaughlin’s effort cannoned off the base of the post.

The away side extended their lead on the 65th minute when Lee McColgan fired high to the roof of the net after a surging run.

Both sides had chances to add to the scoreline but it's Cockhill who get their season off to the perfect start.