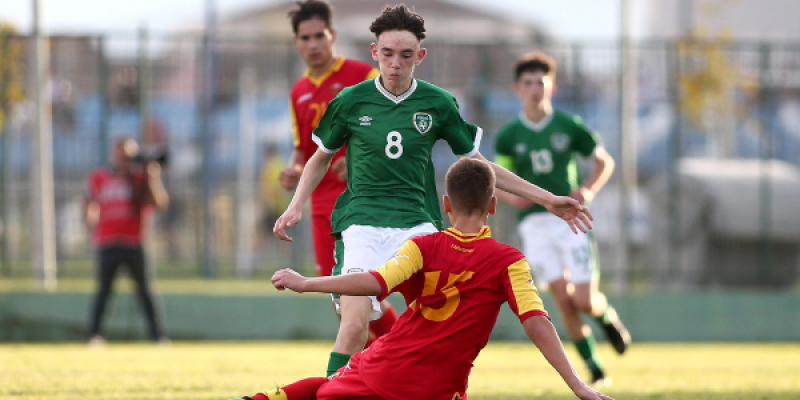 Luke O'Donnell in action for Ireland against Montenegro. Photo: Sportsfile

Buncrana man Luke O’Donnell has been named in the Republic of Ireland Under-16 squad for a training camp in Manchester.

The three-day camp will also included a behind-closed-doors friendly on Wednesday.

O’Donnell, who is with Derry City, will be hoping to remain on the squad for the Victory Shield, which begins against Wales on October 30.

Games against Northern Ireland and Scotland follow on November 2 and November 4.

In May, O’Donnell was with the Ireland Under-15s when they finished third at the Vlatko Markovic Tournament in Croatia.

There, Ireland defeated Wales 5-4 on penalties after a 3-3 draw having drawn 0-0 with Montenegro, beat Uzbekistan 6-0 and losing out 2-1 against Croatia.