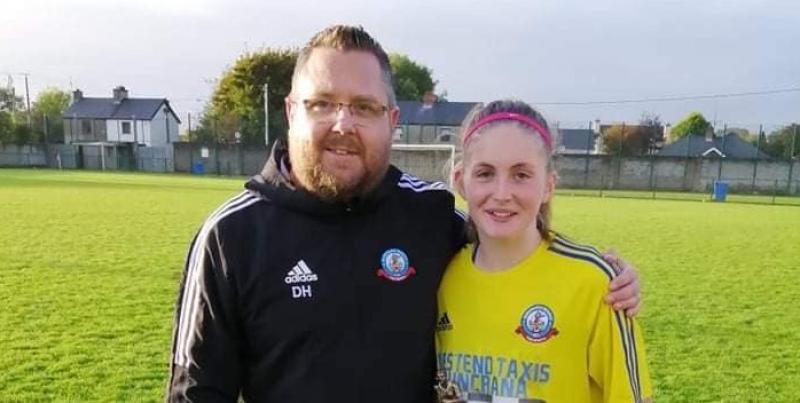 Bria McGilloway with Buncrana Hearts' Davy Hone during her time at her home club.

The Buncrana woman made the move to the Brandywell from Derry City.

Having been recruited for the Candystripes’ under-17s, McGilloway was taken by Jarlath Canning to Sunday’s Under-19 game against Crusaders.

McGilloway wasted no time in making an impact, netting three times in a 4-3 win.

"It is great to have such a brilliant player on board,” Canning said.

“Bria is a proven goalscorer within the Inishowen league and is a quality player who will add pace and goals to the squad."

McGilloway was part of the Buncrana side that won the Inishowen Under-17 league and was top scorer.

A student at Scoil Mhuire, McGilloway netted the goal that saw her side defeat Carndonagh Community School in the FAI Schools Ulster Under-17 final in March.