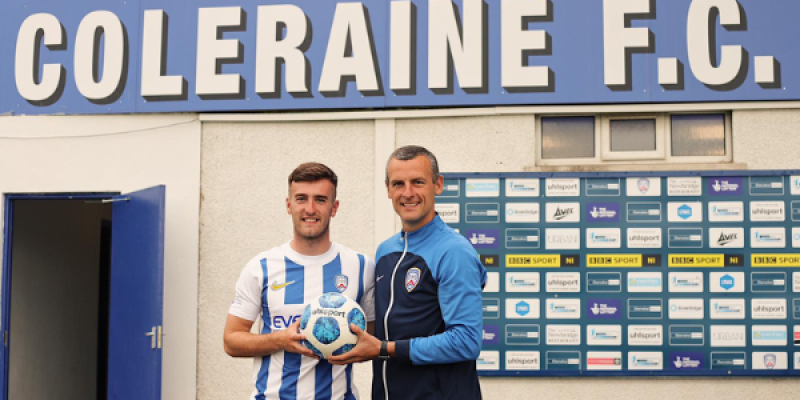 Kieran Farren made his Coleraine debut in Saturday’s 3-1 win over Cliftonville at The Showgrounds.

Oran Kearney’s Coleraine got off to a flyer in their NIFL Premiership opener.

Carndonagh man Farren cut an assured figure at the heart of the Bannsiders’ rearguard.

Farren was a summer recruit from Championship side Dergview.

Previously, the 21-year-old, a student at ATU Donegal, was on the books at Finn Harps having come through then underage ranks.

Coleraine, who won the Irish Cup in 2018 and the League Cup in 2020, finished sixth in the League last season.

Two goals by Evan McLaughlin and another by Jamie Glackin sealed an impressive win for Coleraine.

Ronan Doherty came on as a half-time substitution for Cliftonville.