Finn Harps drop to the bottom after defeat at UCD

UCD, who played for 40 minutes with ten men, came from behind to defeat Harps in a relegation six-pointer at the UCD Bowl and the Students climbed above Ollie Horgan's men 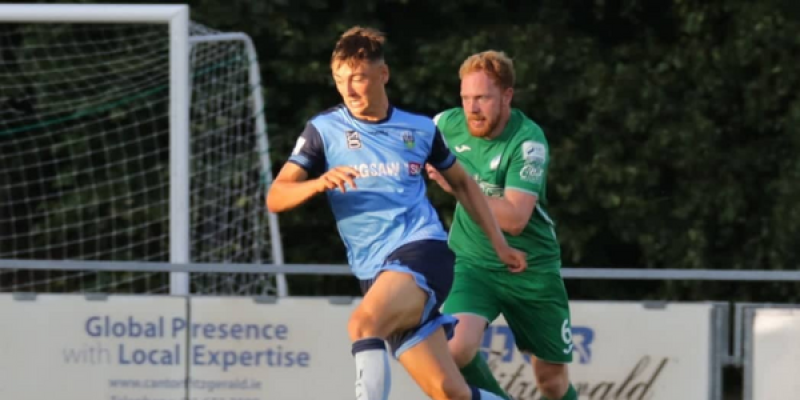 Chris McNulty at The UCD Bowl

Finn Harps slipped to the bottom of the Premier Division as UCD came from behind to defeat Ollie Horgan’s side in Friday night’s relegation battle in Belfield.

Donal Higgins and Evan Caffrey scored to lift UCD, who played for 40 minutes with ten men, above Harps.

Andy Myler’s Students were rocked when Dara Keane was sent off seven minutes into the second half, collecting a second booking following a clash with Conor Tourish.

UCD were incensed, but they took the lead six minutes later when a wonder strike by Caffrey from distance flew beyond a stunned James McKeown. Dylan Duffy and Higgins worked the ball into Caffrey, who let fly with menace from 30 yards. Soon, Caffrey was sliding across the turf, Belfield was beneath a cloud of dark blue smoke and Harps in need of some magic that never arrived. 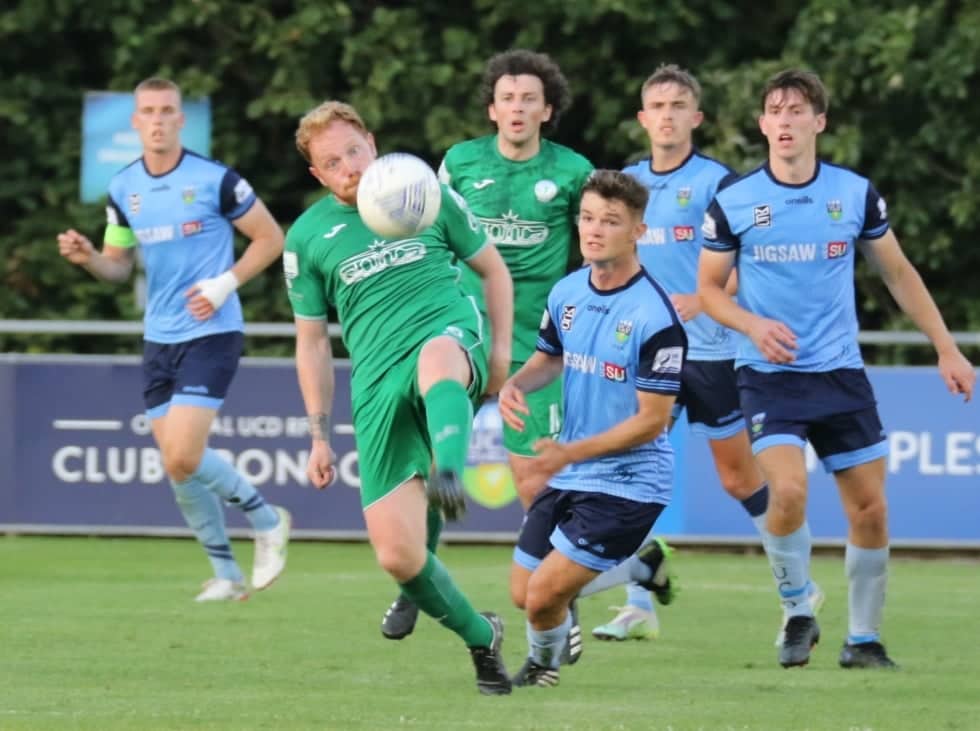 Harps began on the front foot and were ahead in the 18th minute. A tug on Ethan Boyle’s jersey by Keane as the Harps wing-back went to meet a Regan Donelon free kick handed the visitors a penalty. Mihaljević stepped up to slot the spot kick - the ninth conceded by UCD this season - into the bottom corner.

The lead lasted only three minutes, however. UCD - who included Donegal men Sam Todd, Michael Gallagher and Jack Keaney from the off - were level when Donal Higgins followed up to convert after Keane struck against the inside of a post from distance. The quick-reacting Higgins pounced and Harps were shellshocked.

Eric McWoods and Elie-Gael N’Zeyi shot over he top as Harps sought about regaining the lead, but McKeown had to be alert at the other end to parry away a driven free by Duffy.

After Mark Dignam clipped narrowly wide, McKeown saved bravely from Keane as UCD warmed to the task after Higgins’ equaliser. 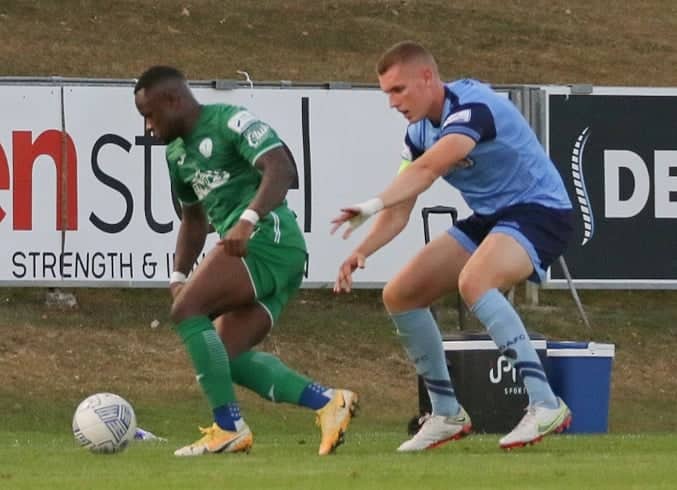 Horgan kept faith with the team that began the previous week’s 3-0 win over Drogheda - their first win in 13 outings - with N’Zeyi, Boyle and Tourish passed fit after being doubtful in the build-up. Again, goalkeeper Mark Anthony McGinley - who lost his place to new recruit McKeown - was not a part of Harps’ match day squad.

Harps fashioned an early opening when Barry McNamee and McWoods combined well before Donelon’s cross was headed too close to goalkeeper Lorcan Healy by Mihaljević.

The Donegal side haven’t won back-to-back games since last September. They huffed and they puffed after falling behind here but didn’t trouble Healy in the closing stages as UCD’s ten men stood tall.

Teenage striker Tommy Lonergan might have put the game beyond Harps’ reach, but McKeown saved well six minutes from the end.

Harps might have snatched a last-ditch equaliser, but sub Rob Jones chested into the arms of Healy.