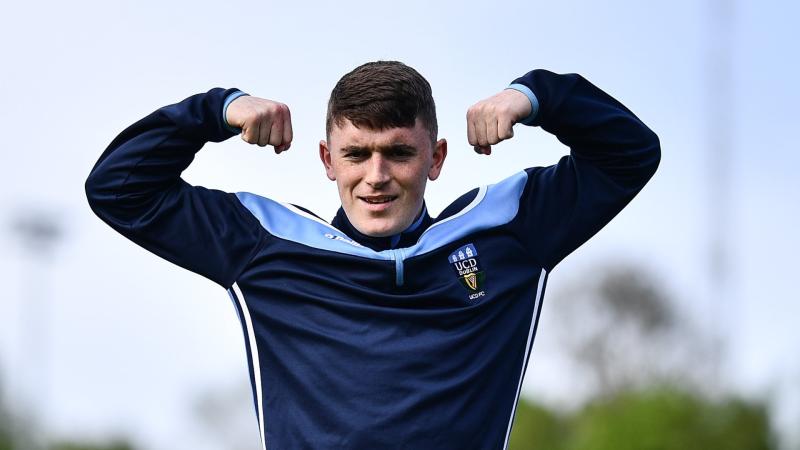 Two goals in four first half minutes from Tommy Lonergan set UCD on their way to an FAI Cup first round victory against Cockhill Celtic, with Letterkenny native Michael Gallagher adding a third late on.

The Ulster Senior League nine-in-a-row champions acquitted themselves well in the opening half hour and limited the SSE Airtricity League Premier Division to little or nothing. UCD lined up with Gallagher,  Sam Todd of Carndonagh and Donegal Town’s Luke Keaney, with former Cockhill stalwart William O’Connor the assistant manager.

In the 30th minute, it was Lonergan whose glancing header put the Students in front as Daniel Houghton, the Cockhill goalkeeper, came to meet him. The chance was laid on by an inviting inswinging cross by Sam Brennan.

Then, from another ball into the area four minutes later from Brennan, Dara Keane held up the ball well to set up Lonergan to plant home a second goal. Five minutes before the break, Paddy Slevin’s improvised pass from the edge of the UCD area went narrowly over. Mark Digman then tested Houghton from distance.

An unmarked Gallagher headed home a corner from Evan Caffrey on 74 minutes to make it three and confirm a safe passage into the next round for the Belfield Bowl side.