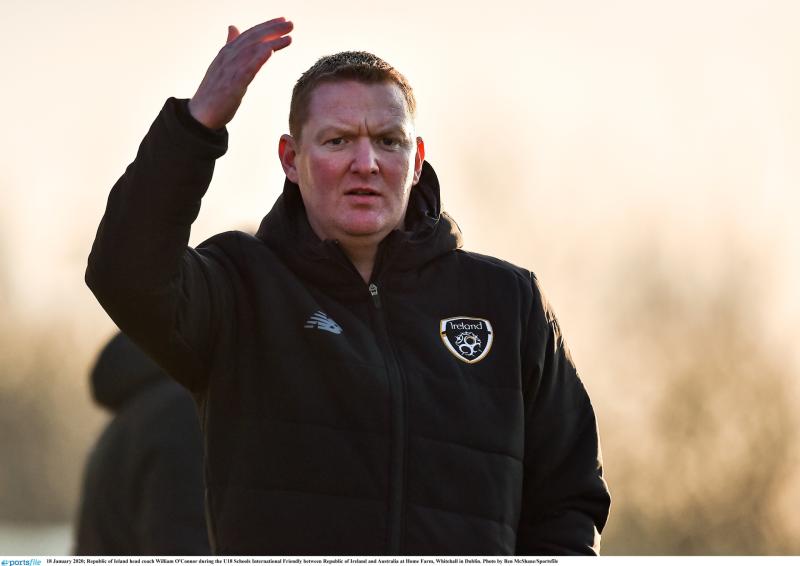 William O’Connor could feel it coming as he watched Tuesday’s FAI Cup draw.

The assistant manager at SSE Airtricity League Premier Division side UCD, O’Connor sees his side paired with Cockhill Celtic.

First as a player and then a coach, O’Connor was central to Cockhill’s rise to dominance in the local intermediate ranks.

“Cup draws have a habit of throwing back attachments,” O’Connor told the Inish Times.

“It was hard to believe when I was watching the draw, but at the same time I was like: ‘Jesus, typical!’

“It’s awkward in a way, yeah, but at the same time the team I am with now is who I have to concentrate on.”

O’Connor remains deeply connected to Cockhill. Any time he’s home, he can be seen at the Charlie O’Donnell Sports Grounds early on Saturdays with the club’s under-5s.

“I have faced Cockhill twice before from the dugout when I was at Harps,” O’Connor said. “We just have to go in here and be professional.

“We’ll need to be to get a result. Cockhill are 100 per cent one of the best intermediate teams in Ireland now. They were beaten by Bluebell in the Intermediate Cup this year and probably feel that they left it behind them.

“They have some top senior players like Garbhan Friel, Jimmy Bradley and Oisin McColgan. They’re a serious team. The likes of Michael Gallagher and Sam Todd will know all about Cockhill. It’s good for us to get the home draw, but we’ll need to be on our game.”

The game is down to take place on the weekend ending July 31.

Cockhill have experience of taking on League of Ireland clubs over the last decade. In 2014, they gave Drogheda United the fright of their lives in Louth, only losing 4-3 with Declan O’Brien grabbing a hat-trick.

Then, a year later Cockhill went down 2-0 at the Charlie O’Donnell Sports Grounds to Longford Town and in 2018 were beaten by the same score at home to Limerick FC.

The nine-in-a-row Ulster Senior League champions are well used to the road in the national competitions. In the season just finished, they were 6-0 winners at Lakewood Athletic in Cork and then defeated Liffey Wanderers in the last 16 of the FAI Intermediate Cup on penalties in Dublin before losing out 3-1 to Bluebell United in the last eight.

In the FAI Cup, there was another trek to the capital in a 2-1 loss to St Mochta’s in the qualifying round.

“It’s good to get a Premier Division club of course and we’ve experience of playing League of Ireland clubs in recent seasons,” Cullen said. “Of course Willie is with UCD and he knows us inside out having been here so long. Look, we know UCD are expected to beat us and it’s very early in terms of our season but we just want to go there and do ourselves justice and see where that takes us.

“We’re well used to getting away draws at this stage, like last season we played a few times in Dublin and once in Cork.

“We plan to return to pre-season in early July and the priority for the season ahead is first and foremost to hold onto the players we had last year and then we’ll see about adding to the squad.”