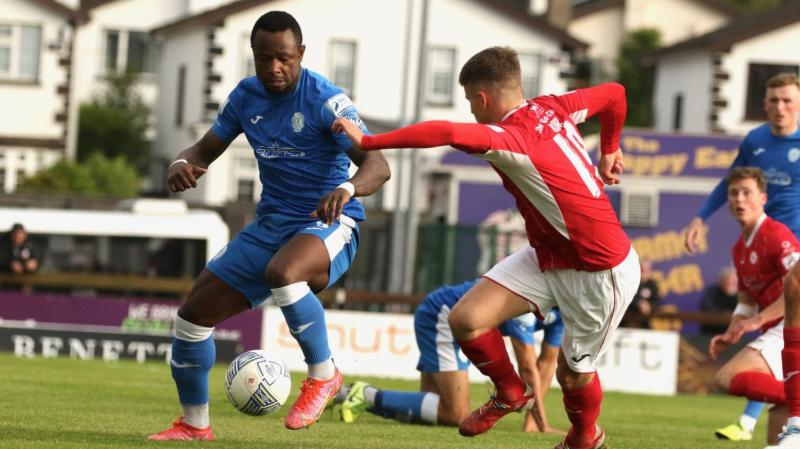 Alan Foley at the Showgrounds

Two goals in the opening seven minutes set Sligo Rovers on their way to a routine win over Finn Harps in John Russell’s first outing officially in charge.

Aidan Keena grabbed a hat-trick the last time Ollie Horgan’s team were at the Showgrounds in a 3-1 Sligo win, while former Harps winger Karl O’Sullivan scored the only goal of the game at Finn Park on Easter Monday.

Both players were on the mark in the opening exchanges to lay the foundation for Sligo, with Heena wrapping up the three points late on with a simple header for his second of the match.

It means that 19 matches into the season, Harps two wins over Shelbourne means a 10-point deficit to eight placed Drogheda United, with UCD two behind Ollie Horgan’s side on nine points.

Following a three-week break after an encouraging 2-2 draw at Derry City last month, Harps looked like their holidays extended as Sligo scored from both of their first two attacks. With Russell opting to push his wide players Will Fitzgerald and, in particular, O’Sullivan, forward at every opportunity, it reaped instant dividends.

The stopwatch had snuck into the third minute only when O’Sullivan got away down the right and pulled a ball which was blocked by Conor Tourish only for Heena to arrive on the scene and boom a low shot into the far bottom corner for a 1-0 lead.

Then, just four minutes later, it was 2-0 and it was an avoidable goal when O’Sullivan almost apologetically tucked into an empty net, having made the chance himself quite opportunistically. A long diagonal ball from Shane Blaney, the Letterkenny native playing at the left-side of the heart of the Sigo defence, looked to be overcooked.

Harps goalkeeper Mark Anthony McGinley looked to be in control of the situation, but stalled and O’Sullivan tried his luck to challenge and nipped around McGinley to score.

Still a little shell shocked, Filip Mihaljević did well to win a challenge inside of his own box against Lewis Banks and set Eric McWoods away. Timing the run perfectly, McWoods got inside on his right by evading Paddy Kirk and drew a fine save from Ed McGinty.

The Sligo netminder, on 25 minutes, was fortunate to get away with a poor smother from another McWoods shot, with the ball slipping out only to be gathered at the second attempt. Sligo, though, looked dangerous when in attack and a nice Fitzgerald flick laid onto Kirk four minutes before the break, only for the ball to be fired over the Harps crossbar.

David Cawley, in the last minute of the half, tried one from distance which McGinley had to be alert to, to tip it over. It was 2-0 to the hosts at half-time.

New Harps signing Dylan Duncan was introduced at half-time, the midfielder formerly at the Tottenham Hotspur Academy and was also on the books of Southend United U-18s, Queen’s Park Rangers U-23s and Dunfermline.

With the rain coming in and Benbulben barely visible on the overcast horizon, the home supporters behind the goal scampered into the shelter of the stands. Max Mata almost got in on McGinley five minutes into the second half, only for José Carrillo to make a last ditch tackle, which was timed to perfection.

Harps hemmed in Sligo for a spell with Ryan Rainey providing two decent crosses, one of which was followed up by a shot from Rob Slevin, which flew over and hit the Mr Softee ice-cream van behind the goal, which wasn’t too busy considering the weather. 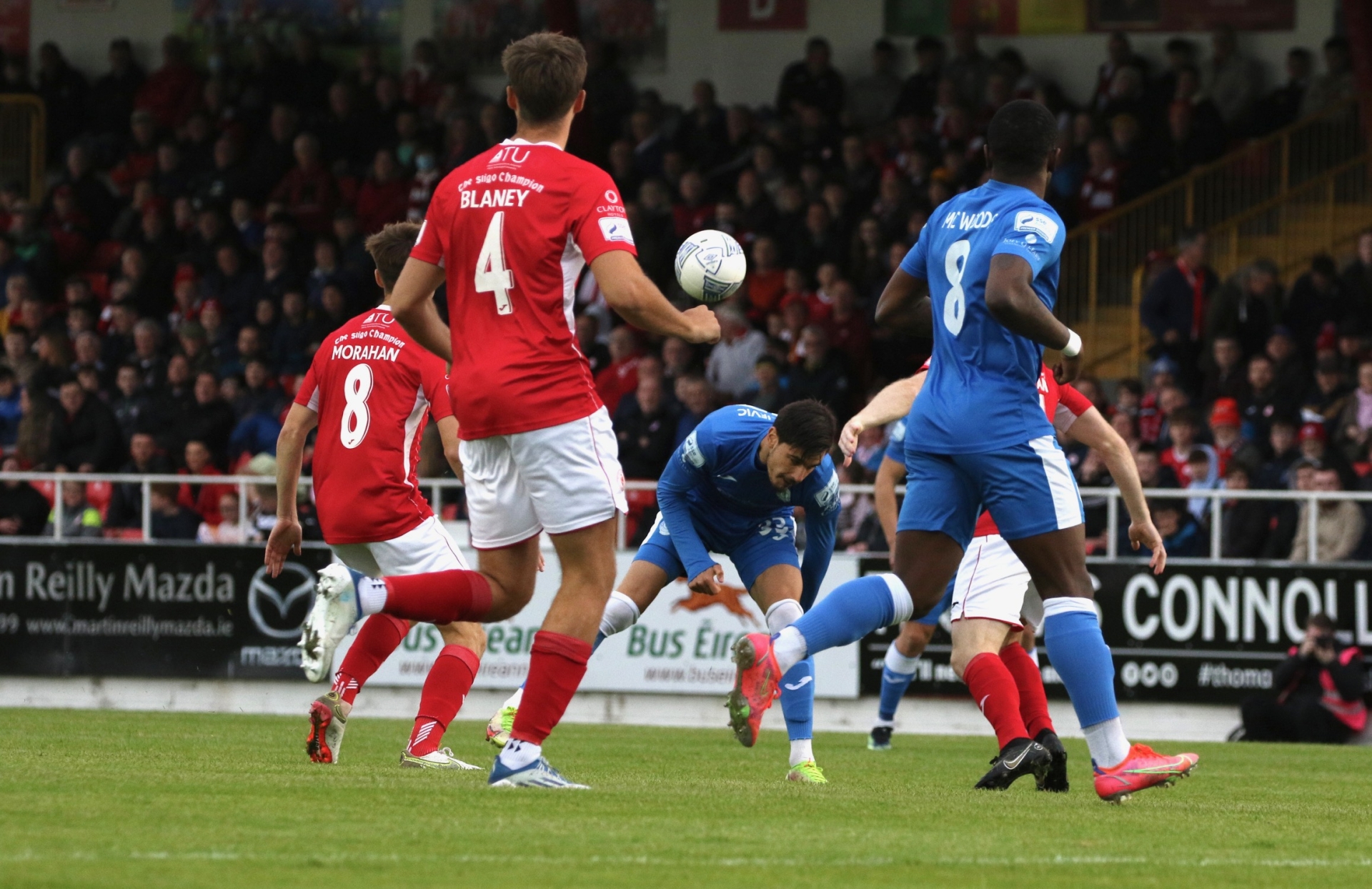 Harps had a penalty shout just on the hour-mark when Duncan saw a loose ball in the penalty area and went down under a challenge from Fitzgerald. Referee Damian McGraith, though, booked the newbie for a dive.

In the 68th minute, Sligo’s best opening of the second half came from some neat footwork from Mata, who wriggled free to get Keena away, however, his attempted chip was scuffed wide.

Sligo hadn’t kept a clean sheet since their win in Ballybofey and although Harps did improve after the break with the home support showing signs of restlessness on occasion, McGinty wasn’t tested until the 78th minute.

Harps’ best chance of the second half came with Mihaljević neatly finding McWoods - the one looking the most likely all evening - who drove low only to see the Rovers goalkeeper save. McWoods then skipped around Blaney, only for McGinty to cut out the attempted centre.

Five minutes from time, Sligo, with Heena once more on the mark, made it three with a close-range header following Banks’ cross. At the other end, McGinty was again the one who came out on top against McWoods, who did well to create the chance for himself.