Two sent off in drama-filled second half 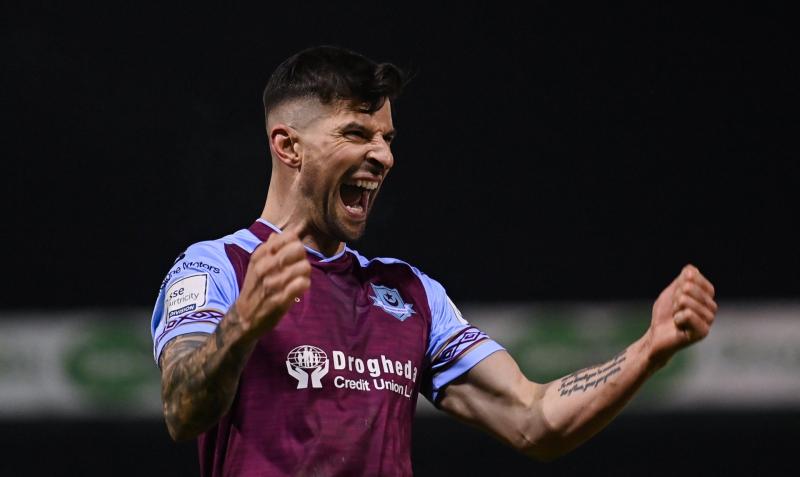 Things went horribly wrong for Finn Harps as Drogheda United came from being a goal and a man down to beat Finn Harps 3-1 with former Finn Park favourite Adam Foley scoring and emerging as a key figure for the Louth side.

Conor Tourish put Harps into the lead just after the break and with Sean Roughan being sent off on 65 minutes, it was looking good for Harps.

But Drogheda really upped their game with substitute Evan Weir equalising and then in a dramatic final six minutes the home side went ahead through Foley, Bastien Héry then saw red for Harps, and Darragh Nugent added a third to delight the majority of the crowd at Head in the Game Park moments after Harps had a penalty plea dismissed.

The first half was a tame affair with little in the way of goal threats. Indeed, Mark Anthony McGinley didn’t have a save of note to make while at the other end his counterpart Sam Long was only really troubled on one occasion, in the 34th minute, when he had to get down do stop a low drive from Ryan Rainey who got onto the end of a Ethan Boyle cross.

The visitors had the better of things territorially but found it hard to get past the home defence where ex-Harps captain Dave Cowan and Dane Massey were solid.

Ryan Connolly and Rainey had frees from useful positions but both of them could only look on with frustration as their efforts smacked a player in the Drogheda wall.

The two changes in Harps starting eleven from last week - Connolly and Héry, who started in preference to Jesse Devers and Yoyo Mahdy - were to the fore as the Donegal side were on top in midfield during the opening 45 minutes.

Ethan Boyle, Héry, Connolly and Regan Donelan all had pots on goal as well and Ollie Horgan would have been the happier of the two managers at the interval.

The second half was  barely two minutes old when Harps took the lead. Gary Deegan gave away a free and Connolly’s long ball into the box was initially re-directed by  Rainey and then headed on for Tourish (pictured below) to finish with a close range header for his third goal of the season. 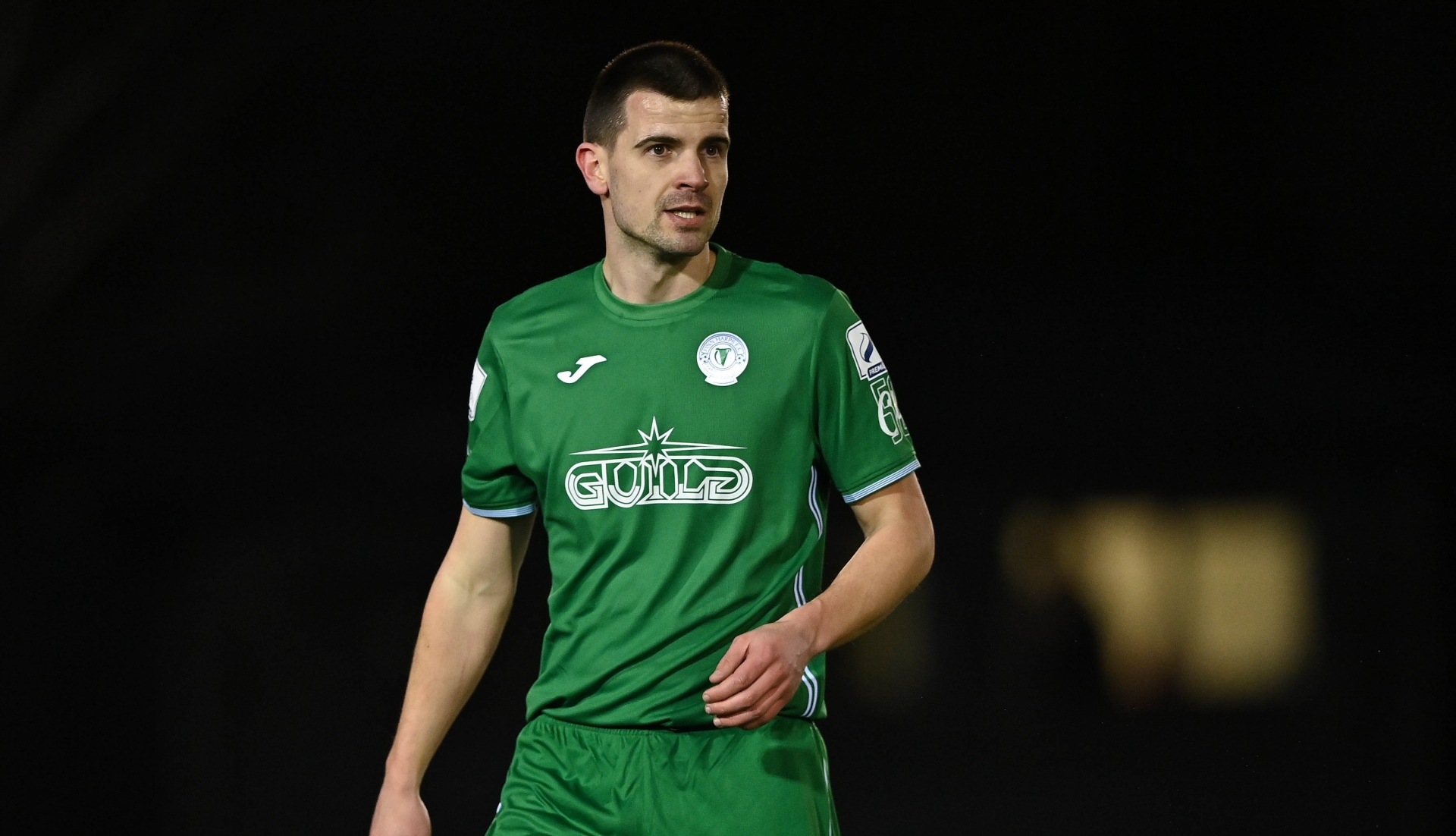 The Louth side were dealt a massive blow on 65 minutes when Sean Roughan, who was already booked, got his marching orders for a challenge on Filip Mihaljevic.

However, Drogheda then equalised in the 69th minute with James Clarke skipping down the right flank and shrugging off a couple of challenge before crossing into the box where substitute Evan Weir connected and drilled the ball low into the net from 12 yards.

Harps, who had already brought on Yoyo Mahdy and Mark Timlin for Donolon and Mihaljevic respectively, were then forced to bring on Jesse Devers for the injured Barry McNamee, and the game was very much in the balance going into the final 15 minutes.

Foley, back in action after being out through injury, then went close for the Louth side who, despite the numerical disadvantage, continued to create the better chances.

Devers looked to have been fouled in the Drogheda box by Weir but play was waved on and Drogheda launched a counter attack with Ryan Brennan whipping in the cross for Foley who got the vital touch from close range to put Drogheda 2-1 up on 90 minutes.

With temperatures rising, Héry was dismissed for lashing out at Brennan and even more drama was to follow as Darragh Nugent scored a third for the home side as the sixth minute of stoppage time elapsed.

Ollie Horgan could scarcely believe what he was seeing.

For Drogheda, this was a huge result after four defeats and a draw.

Ollie Horgan could scarcely believe what he was seeing.

For Drogheda, this was a huge result after four defeats and a draw.

This was another bad result for Harps, who are back out again on Monday at Finn Park against an in-form Dundalk side who beat Derry City 2-1 at the Ryan McBride Brandywell Stadium tonight.