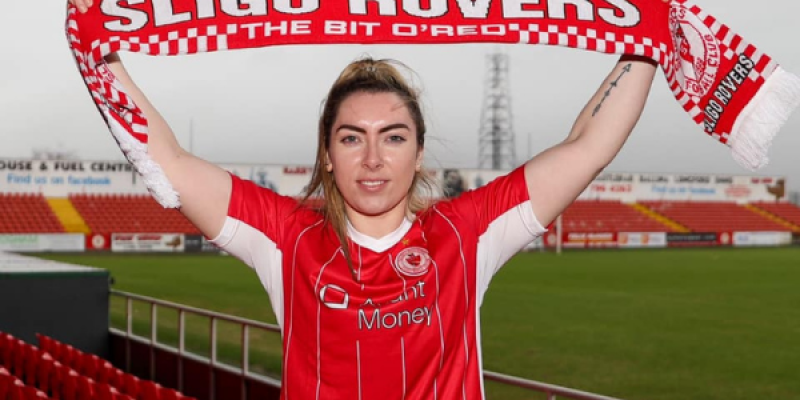 Gemma McGuinness was on target for Sligo Rovers.

Gemma McGuinness and Emma Doherty were both on target on Saturday, but Sligo Rovers fell to an agonising defeat against DLR Waves in the Women’s National League.

The Donegal duo hit the Sligo goals, but an 81st minute header by Kate Mooney ave DLR a 3-2 win at the UCD Bowl.

Greencastle woman McGuinness fired home in the ninth minute to give the Bit O’Red the edge.

Just before half-time, Sophie Watters levelled for DLR Waves and four minutes into the new half he home side hit the front, with Avril Bradley netting.

On the hour, Buncrana native Doherty drew Sligo level and might have restored the lead, but a thunderous effort came off the crossbar.

Sligo looked good value for at least a point only for Mooney to have the decisive say,

Fiona Doherty and Paula McGrory were also in the Sligo team.

Meanwhile, Erin McLaughlin played the last 21 minutes as Peamount United lost 1-0 to Athlone Town, Emily Corbet meeting the only goal of the game in the 22nd minute.