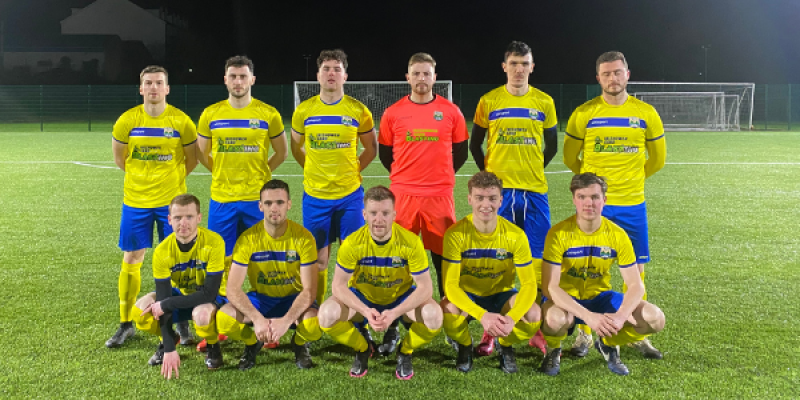 Chris McNulty at the Lakeside

For a brief moment, it felt like déjà vu for Aileach, but Emmet McLaughlin’s men held on to book a place in the Knockalla Caravans Senior Cup final.

With two minutes remaining, Aileach were 4-1 up, but suddenly Kildrum hit back with two goals in two minutes.

A repeat might well have happened here, but Darren Gallagher blocked from Jacob McDaid, a Kildrum substitute, in the 94th minute.

It was a madcap end to the night, although the 4-1 was a little faltering to the hosts, who were nevertheless deserving of the lead and the win.

The night was a slow burner to begin with, Luke Toland and Brian Breslin firing wide for Kildrum while Darren McMonagle powered a shot into the midriff of Kildrum ‘keeper James McNulty.

Earlier, Mark McElhinney hooked over the top when McNulty palmed clear a corner.

Aileach broke the deadlock in the 37th minute when Aaron Nash pounced on a mistake in the Tigers rearguard, steadied himself and fired into the far corner.

Nash might have doubled the lead, but he whizzed over the crossbar late in the half.

Within 12 minutes of the restart, Aileach looked to have sealed the win.

First, Gavin Doherty stabbed in from a Darren McMonagle centre.

When Caolan Doherty’s cross was headed in by Shane McMonagle, Aileach were 3-0 up.

On the break, Kildrum carried a potent threat and Gary Crossan forced Darren McLaughlin onto a save on the hour.

Kildrum pulled one back in the 74th minute when veterans Crossan and Kevin McHugh combined, the latter taking a fine pass and beating McLaughlin with a deadly finish.

Four minutes later, Aileach were 4-1 ahead when Shane McMonagle raced onto Dermot Doherty’s through ball and slotted home.

When McHugh robbed McLaughlin and tucked to the net to reduce the arrears, it felt little more than a consolation.

However, Ethan Coll riffled in off the inside of the post just as the clock ticked 90.

The temperature went up a notch. Caolan Doherty was awarded a penalty when he was fouled by McNulty, but when he converted from the spot, referee Warren Harvey chalked off the goal, deeming that the Aileach man had kicked the ball twice.

There was one final chance and McDaid might have forced extra time when rounding McLaughlin only for Gallagher to intervene.

Aileach advance to the final where they will meet Bonagee United. 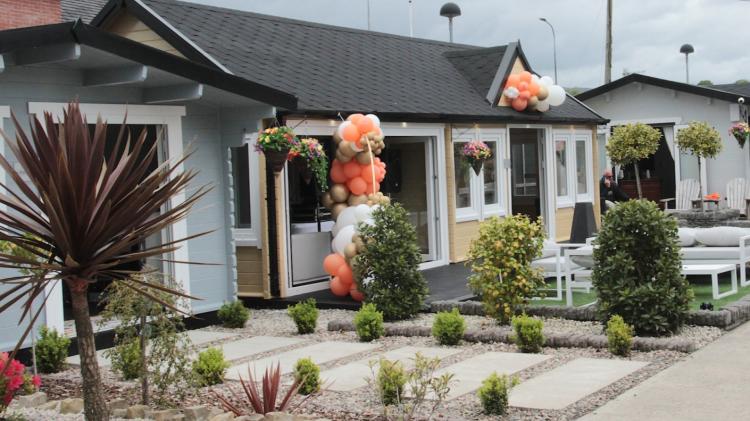