Emma Doherty put Sligo in front, but Galway came back to win 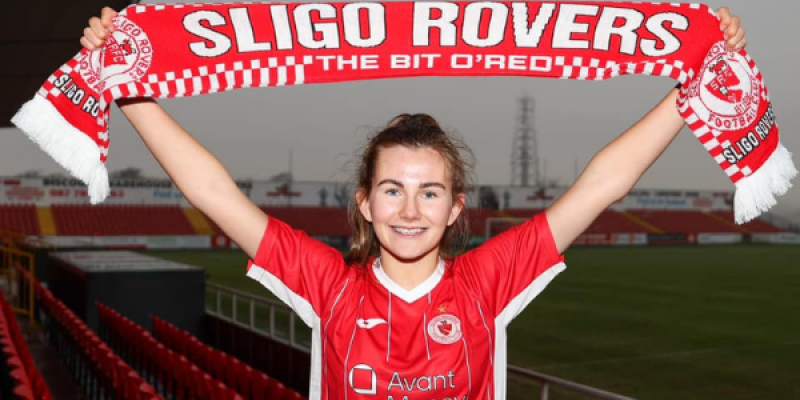 Emma Doherty was on the mark for Sligo Rovers

Emma Doherty netted for Sligo Rovers on Saturday, but the Bit O’Red went down in a Connacht derby to Galway WFC in the Women’s National League.

The Buncrana woman opened the scoring, but Galway hit back to take the three points in a 2-1 win at The Showgrounds.

Doherty, recruited from the Donegal Women’s League in the winter, struck on the 16th minute.

Leah Kelly’s sublime ball finds Emma Doherty, who rounds the keeper and scores to put the home side ahead!

Galway drew level right on the stroke of half time through Becky Walsh and in the 59th minute Shauna Brennan fired home to give Galway the win.

Greencastle’s Gemma McGuinness and Buncrana’s Paula McGrory also started for Sligo while Fiona Doherty, a Mayo native who works as a Garda in Letterkenny, came on as a substitute.

There were nine minutes added on at the end, but Sligo were unable to summons an equaliser.

Meanwhile, Erin Fildara started for Peamount United, but they lost out 1-0 to Shelbourne, Jessie Stapleton scoring the only goal of the game.