Double delight as Greencastle see off Glengad in Cup final 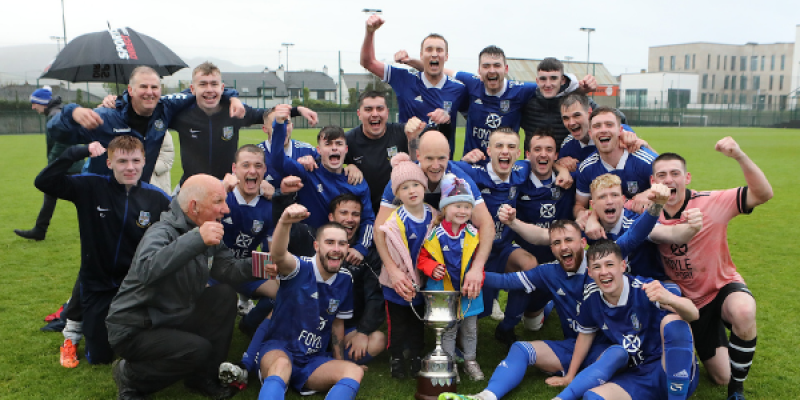 Greencastle prevailed over Glengad United at a rain-soaked Maginn Park on Saturday evening to claim the Buncrana Credit Union Cup.

This was an excellent cup final which neither team really deserved to lose.

Glengad had the first chance in the 12th minute after Stephen McLaughlin’s cross from the left found Stephen Harley, who side-stepped a defender but fired straight at Jason McCallion in the Greencastle goal.

Three minutes later they took the lead after James Mc Kinney split the Greencastle defence, who appealed for offside, for Terence Doherty to race clear and brilliantly chip the advancing McCallion.

Greencastle equalised within minutes in fortuitous fashion after Jamie McCormick’s powerful shot from 30 yards came off the post but rebounded off goalkeeper Daniel Mullarkey and into the net.

Glengad responded midway through the half when Seamus Doherty released Terence Doherty on the left and after his initial effort was saved by McCallion. The ‘keeper recovered to palm the ball away from Doherty’s feet inside the area.

Minutes later a good move on the right saw Conor Barrows cross find Harley whose header was superbly parried away by McCallion. 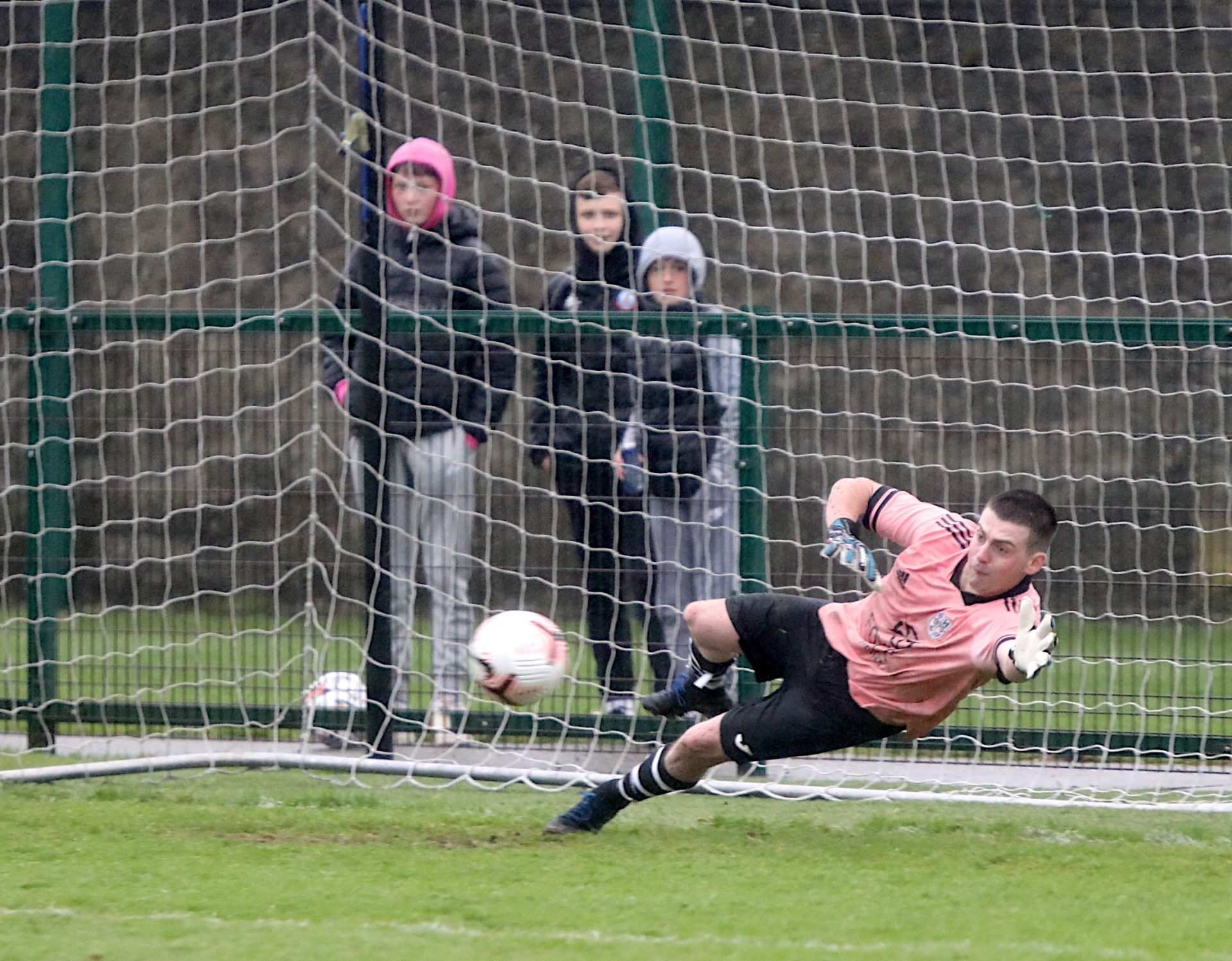 Within a minute Greencastle had taken the lead after a sweeping move ended with Jack Coyle converting a penalty after he had been fouled in the area.

A brilliant turn by Coyle in midfield in the 39th minute saw him find McMonagle who sprinted clear but slipped the ball past Mullarkey and just past the post. They went close again then when McCormick raced  onto a ball over the top, but Mullarkey came sliding out at the edge of the area to deny him.

On 42 minutes  Glengad equalised with a quite brilliant goal when Michael Byrne fed Harley and from 25 yards he fired an unstoppable effort to the top left hand corner.

On the stroke of half time Greencastle had the final chance of an action packed half when McCormick intercepted  a defensive pass but saw his effort beaten away by Mullarkey.

While the play flowed from end to end  in the second half, there were no chances until the 66th minute when John Gerard McLaughlin’s glancing header from a corner deflected off a defender and wide. 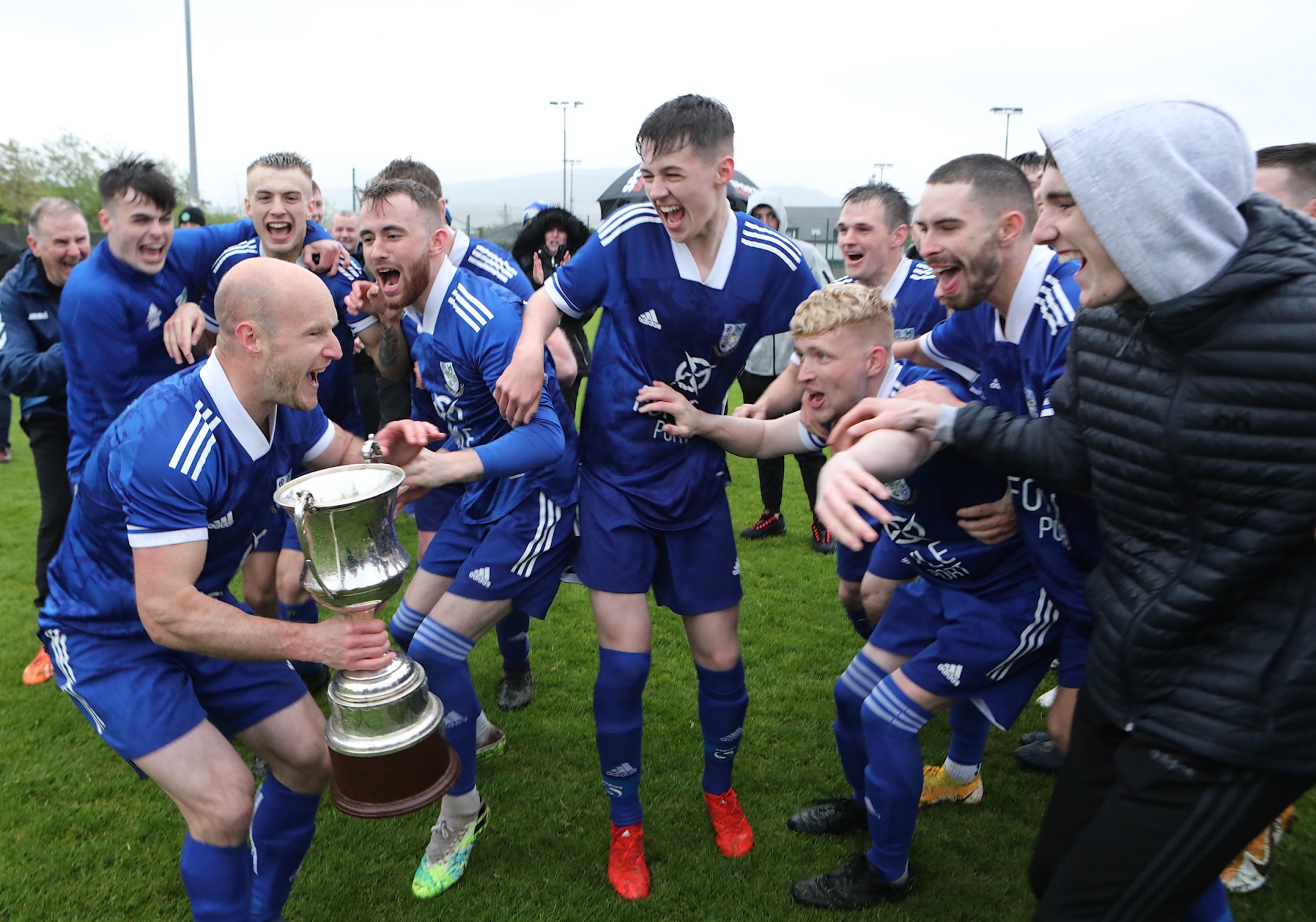 Glengad were doing most of the pressing at this stage and Harley flashed an effort just wide before substitute John McDaid saw a deflected shot gathered by McCallion.

On the stroke of full time Greencastle had the final chance after a free kick broke to Michael Barr on the edge of the area and his powerfully driven effort was beaten away by Mullarkey.

The only shot on target in extra time came from Glengad with James McKinney's well struck effort parried by McCallion.

In the shootout McCallion emerged the hero when he saved two spot kicks while McCormick, Christy Hegarty, Nigel McMonagle and Michael Barr all converted to complete a league and cup double for Pat McLaughlin’s side.

Man of the Match

Both goalkeepers Mullarkey and McCallion played very well in difficult conditions while Terence Doherty for Glengad and Jamie McCormick for Greencastle were always a threat. But on the night the award went to Greencastle centre half Michael Barr who made some crucial interceptions and blocks and kept his nerve to fire home the winning penalty.