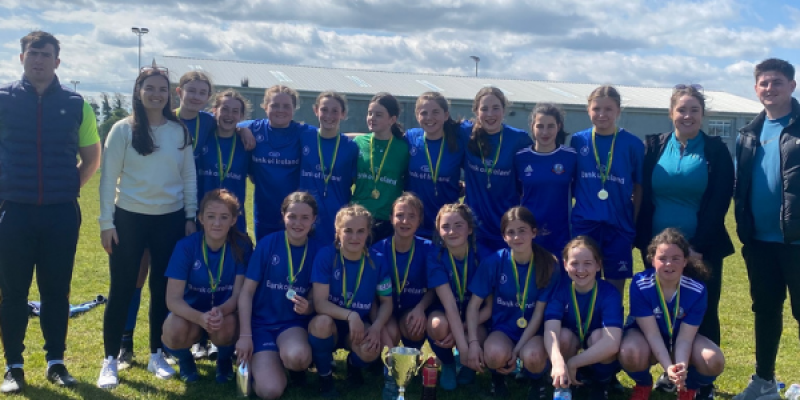 After Abaigh McCarron netted the opening goal in the first period, the Buncrana students added a trio of second-half goals by Sienna Bradley, Eimear Doherty and Aoife Sweeney.

In sunny conditions at The Lakeside, things began in a cagey manner with Sophie Doherty and Tara Gildea guarding the Loreto net well.

Courtney Graham, the Loreto goalkeeper, made a goods save to deny McCarron in the ninth minute.

Despite strong appeals for an offside from Loretro, Scoil Mhuire attacker McCarron flew through and tucked home the game’s first goal.

Loreto forward Chloe Deeney began to get more involved, but McCarron’s strike was the sole difference at half-time.

The second half began at a frantic pace with Loreto’s Sophie McLaughlin and Sarah McCarron trying to find the gaps to attack.

However, Bradley fired home from a corner to make it 2-0.

Scoil Mhuire pulled the shutters down to keep Loreto at bay and Doherty broke through to make it 3-0 six minutes from the end.

In the dying moments, Sweeney added a fourth to seal the deal for the Inishowen school and leave Loreto cursing an afternoon that ran away from them.