At the recent game between Finn Harps and Derry City, Lifeline, which is based in Carndonagh, was invited along to not only raise money but also to raise awareness of domestic abuse in our local communities 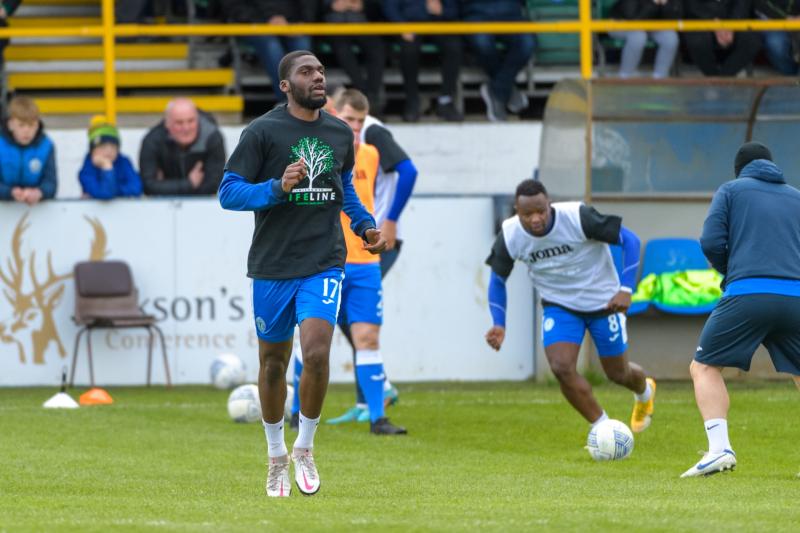 At the recent game between Finn Harps and Derry City, Lifeline, which is based in Carndonagh, was invited along to not only raise money but also to raise awareness of domestic abuse in our local communities.

To help spread this message, the Finn Harps players wore Lifeline t-shirts ahead of the game, while volunteers from the charity accepted donations from fans of both teams at the gates at Finn Park. Lifeline Project Coordinator Mary Doherty thanked Finn Harps for their support.

“Our volunteers had a terrific day out at Finn Park recently and we are so grateful to everyone who donated,” she said. “As a result of the generosity of the supporters, Lifeline was able to raise €650, which will go towards helping us support those in need in Inishowen and Donegal.

“It was brilliant to see the Finn Harps players wear the Lifeline  t-shirts and the welcome we received overall on the day was fantastic. The money raised will play an important part in supporting those in need in our local communities at difficult times in their lives.

“Lifeline is a volunteer-run group, and while we are based in Carndonagh, our community extends far beyond that, right across Inishowen and Donegal. Unfortunately, domestic abuse continues to be a serious problem in our society, and it is only through the generous and selfless work of our volunteers that we can help and support domestic abuse victims, their children, and their families at very difficult times in their lives. 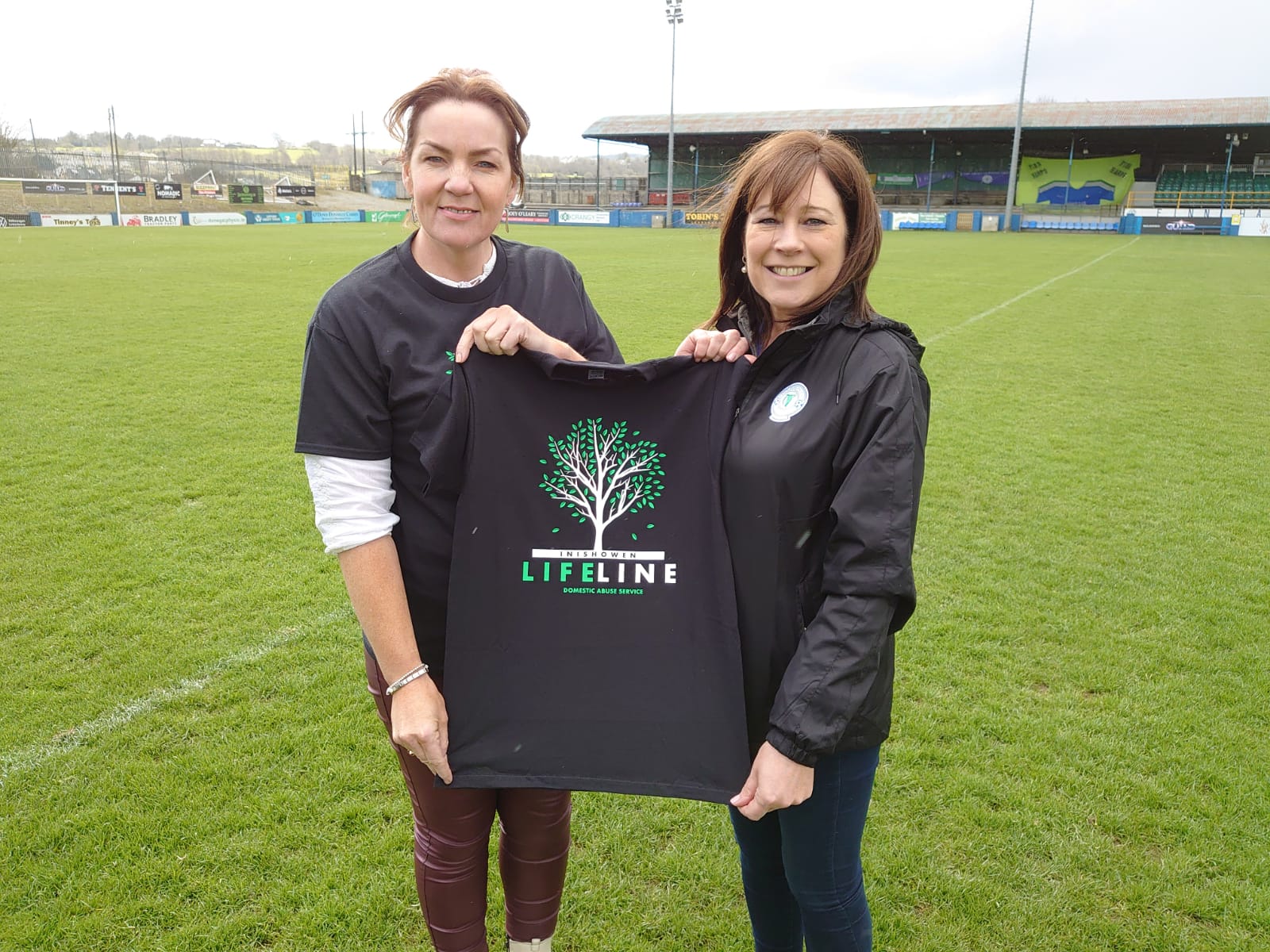 Mary Doherty, Project Coordinator, Lifeline (Inishowen), and Kathy Taaffe, Finn Harps Secretary with the t-shirt worn by the Finn Harps players ahead of the recent game against Derry City

“By agreeing to raise awareness of our charity, Finn Harps FC, an institution in Donegal, Inishowen and beyond, offered us a platform to help us to reach those in need of support further than ever before. Thank you so much to everyone at the club and for your generosity.”

Lifeline (Inishowen) Domestic Abuse Service provides a community response offering a first step to support women, children and families in Inishowen who are experiencing domestic abuse. The charity provides invaluable and consistent support at a time when the person is likely to be under huge emotional, psychological, and financial pressure.