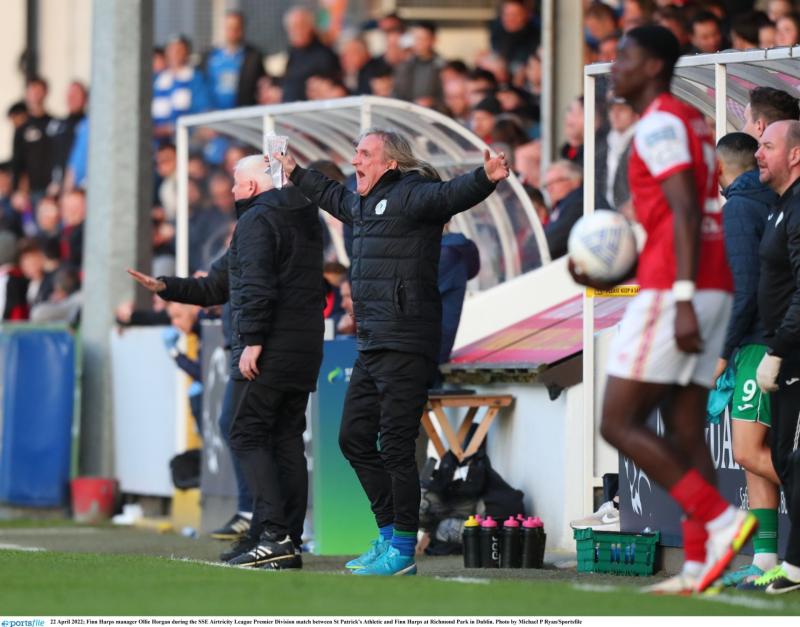 Two goals from Eoin Doyle in either half - the second being from a disputed penalty - helped St Patrick's Athletic to a comfortable win over Finn Harps at Richmond Park.

The Saints were in command from early on and duly bagged the points in a game that saw Harps playing second fiddle for long periods and only really threatening in the final quarter when they were 2-0 down.

St Pat’s were good value for their 1-0 half-time lead, and had it not been for some fine goalkeeping by Mark Anthony McGinley the Donegal side could well have been further behind.

The Saints had much the better of the opening quarter and McGinley was called upon to make a top drawer save in the ninth minute to deny talented teenager Ben McCormack who was making his first start for the Inchicore club.

Shortly afterwards McCormack was lurking again but his effort was blocked by Ethan Boyle at the expense of a corner.

And in the 18th minute Darragh Burns forced McGinley into making another important save with Regan Donelan just doing enough to put off Eoin Doyle as he attempted to pounce on the loose ball. 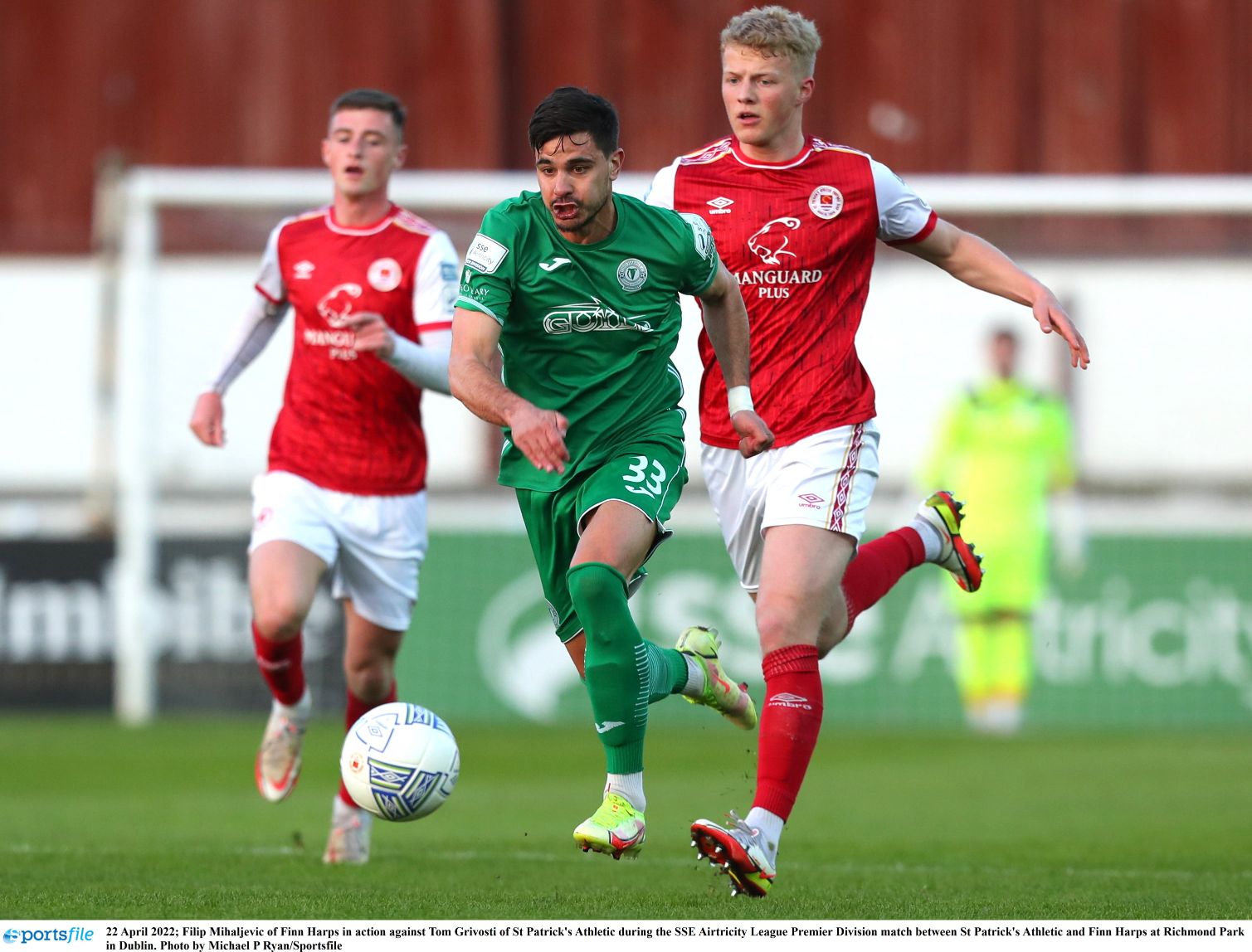 The home side enjoyed the bulk of the possession with captain Chris Forrester being the chief source of many forays forward.

But Harps kept their shape well and Boyle was particularly authoritative at the back.

Pats spurned another chance in the 32nd minute when Burns stole in at the back post to meet a probing McCormack cross, but once again McGinley was alert to the task and made another good stop.

Two minutes later, Harps had to call on the overworked McGinley again to make another decent save as he got to a Doyle shot following yet more good build-up play by the ubiquitous McCormack.

Tim Clancy’s side finally broke the deadlock in the 37th minute. Forester’s initial ball into the Harps box was headed away by Rob Slevin but only as far as Billy King who crossed for Eoin Doyle to head past McGinley for his third league goal of the season.

Harps’ raids into opposition territory before the break was limited. Ryan Rainey found himself in space deep in the St Pat’s box but failed to connect in the manner required on 20 minutes and then shortly after falling behind the ball bobbled about in the Pat’s penalty area following a corner but ultimately yielded nothing. 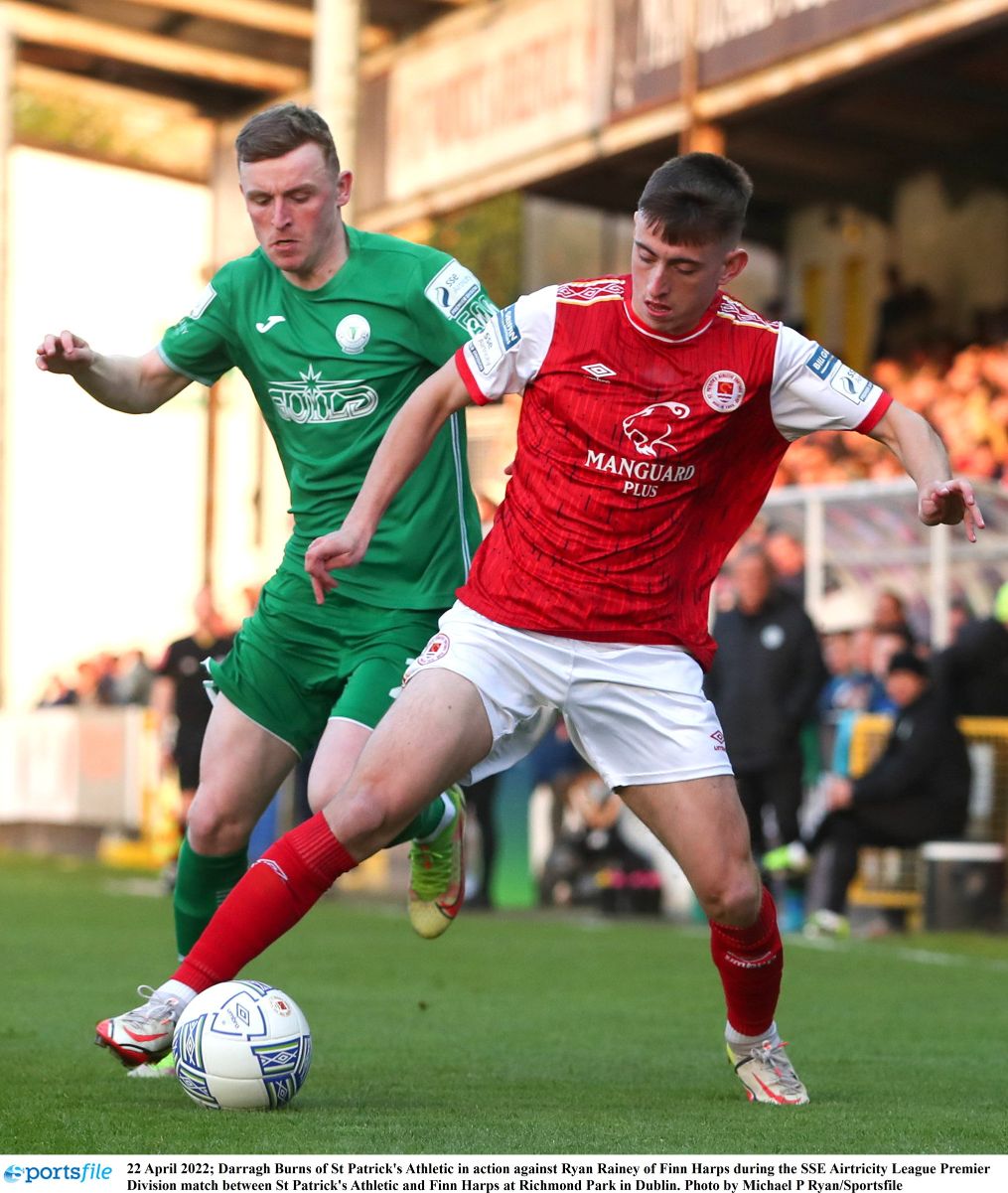 Harps introduced Mark Timlin for Hery on 49 minutes and briefly he made his presence felt, testing Joseph Anang.

However, the pattern of play remained the same and McCormack sent in a free that resulted in McGinley having to go full stretch to get a hand to it.

St Pat’s doubled their advantage in the 57 minute with Eoin Doyle scoring from a penalty after Boyle was harshly judged to have impeded Joe Redmond.

The game opened up after that and Harps had their moments with substitutes Yoyo Mahdy and Jesse Devers putting some zip into their play. Mahdy forced Anang into making one particularly good reflex save and Donelan had a shot blocked.

But Pat's were never in any real danger of squandering their lead and they held on for the points with Doyle almost grabbing a hat-trick in the 91st minute but he shot narrowly wide.