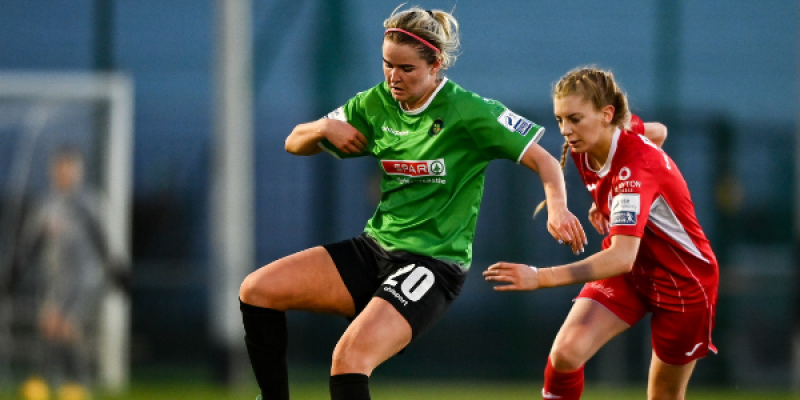 Erin McLaughlin in action for Peamount United against Sligo Rovers

McLaughlin netted the second goal in a 6-0 win for the Peas at PRL Park.

The Culdaff woman made the move to Peamount, last season’s WNL runners-up, from Sion Swifts.

The Republic of Ireland underage international bagged a debut goal in a comfortable win for James O’Callaghan’s side.

It was a real baptism of fire for Sligo on their first WNL outing.

Buncrana woman Emma Doherty was absent due to an injury and the Bit O’Red were short several first choice players.

Paula McGrory from Buncrana ad Erin Coyle, who hails from Moville, came on for the last 25 minutes for Sligo.

Fiona Doherty, a Mayo-born Garda who is based in Letterkenny, started for Steve Feeney’s Sligo.