“It’s about will” - Darragh Kelly ready for Kye Stevens clash 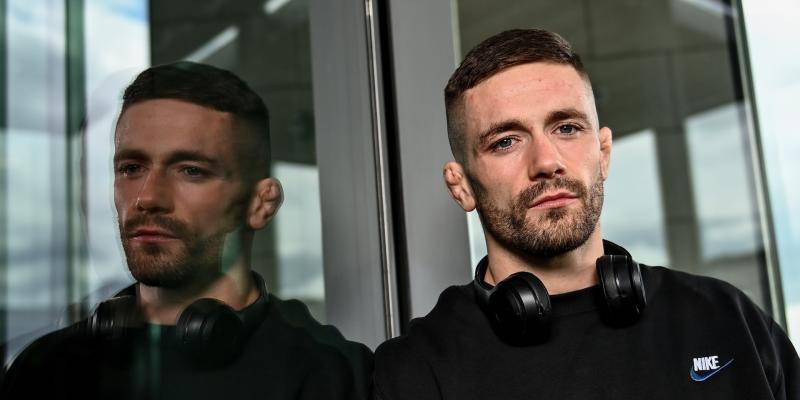 The Moville mixed martial artist takes on Stevens as part of Bellator 285 at the 3Arena in Dublin.

Kelly overcame Junior Morgan in February in his pro debut and the SBG prospect faces the 3-1 Stevens.

“I want to go in high-paced from the start. The cardio will come in to play in this one. Thinking about the camp and all the work over the last 15 weeks, I keep going back to the cardio.

“It’s about will. I want to take him to a place where he’s uncomfortable, where he’ll either make a mistake or quit.”

‘Kid Yeti’ Stevens, from Portsmouth, defeated Stelios Theocharous in April had has one blot - a December 2019 defeat by Lukasz Small - on his resume.

Kelly was 9-0 in the amateur ranks and made a successful transition when recording a first round win over Morgan - a fight that also took place at the 3Arena.

The delayed bout, shelved last November when Morgan got injured on the eve of the fight, saw Kelly win by a first round submission.

A guillotine choke, after just one minute and 47 seconds, drew the end and Kelly was off and running in the pro ranks.

He was watched from cageside by UFC superstar Conor McGregor, his SBG stablemate. McGregor and Kelly have shared the gym in recent months and, while the Donegal man didn’t go any rounds with the former world champion, the surroundings are helping to shape Kelly’s ambitions.

“Conor has said that we’ll be getting plenty of rounds in,” Kelly said. “In the past, I might have lacked confidence, but when you look at the surroundings, Conor proved that you can do it out of here. I get massive confidence being a part of SBG.

“It’s on you when you go into SBG, but Conor was here and went to the very top of the sport.” 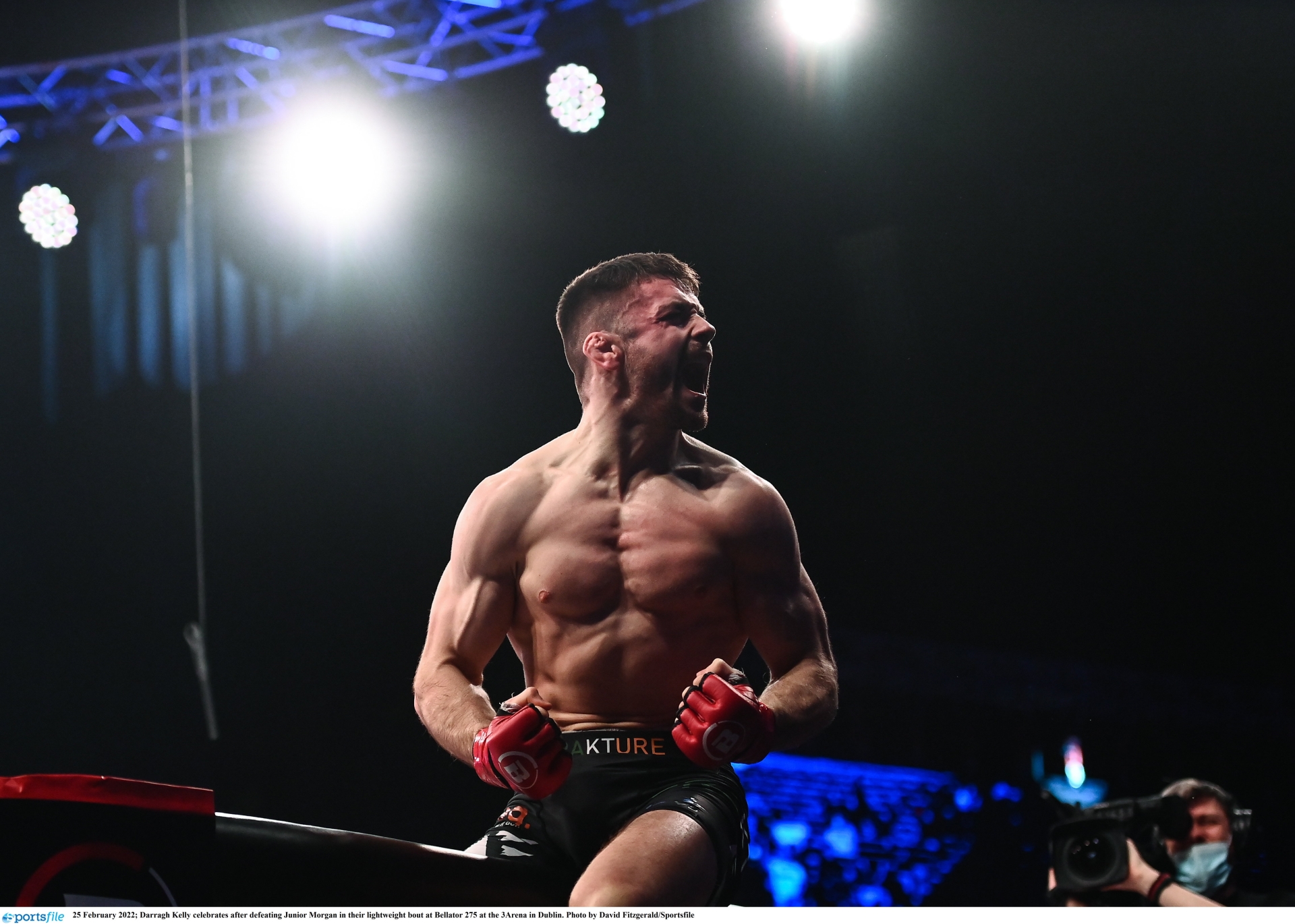 He likens fight week to being on a rollercoaster: a mixture of excitement and nerves.

“The hard work has been put in,” he said. “Stylistically I can get a finish. I am confident that I’ve done the best I could in camp.

“Kye is tough and he’s a good boxer, but I’m excited to test myself. He’s probably a superior striker, but I’ve been drilling specifically for that. We’ll keep it simple and we have a game plan.

“It’s about getting in now and getting the job done.”

Kelly has been itching to get back to the competitive cage since having his hand raised at the 3Arena seven months ago.

The debut fuss out of the way, this week can feel more relaxed. Still, Kelly will be roared on by a big crowd with around 200 expected to make the trek from Inishowen.

Kelly said: “The first time I was meant to fight Morgan last November, I got fight week all done bar the actual fight. The second time around, I got the whole thing, seeing the crowd, making the walk. I know what to expect from it all now.”

The 24-year-old cuts a chilled figure this week as he gets ready to take his place on the undercard of the lightweight clash of Benson Henderson and Peter Queally.

He has been keen to make his mark in the sport for some time now and Friday represents another step on the ladder.

He said: “I’ve been dying to get back in there. It is tough sometimes when you’ve to go in, get the work done and you don’t know what’s coming up. People can forget about very quickly so I feel that I still have to get my name out there. I have to go into the cage and show people that I show up every time I fight.”

The Bellator 285 card will be live on the Bellator MMA YouTube channel and will be shown by Virgin Media Two and Virgin Media Sport. The action gets underway at 6pm with Kelly expected to be in the cage around 7pm.