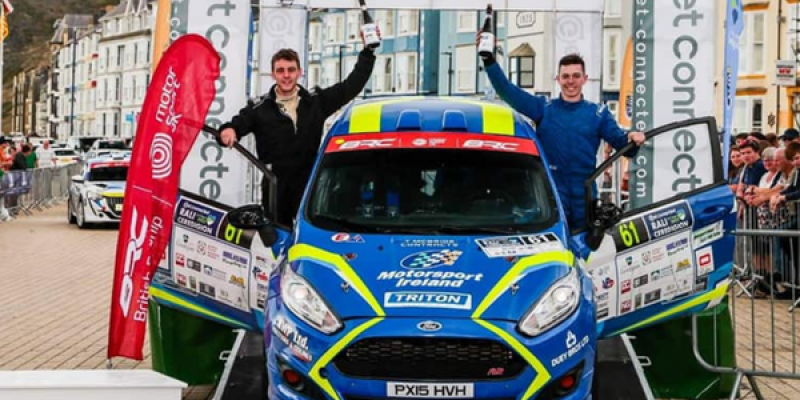 McBride was 19th overall and the leading Academy Trophy competitor at the weekend’s Rali Ceredigion in Aberystwyth, Wales.

With Redcastle’s Darren Curran on the notes, McBride powered the Fiesta R2T to victory in the Academy section, enough to seal the overall title.

McBride skipped the gravel rounds of the Championship this summer and returned to the tarmac in superb fashion at the weekend.

McShea's Say: Three months later and nothing but deafening silence

Donegal exited the All-Ireland SFC 12 weeks ago and their 1974 Ulster winner and columnist Pauric McShea says the experience of Brian McEniff, Jim McGuinness and Joe Brolly should've been drawn upon in the search for Declan Bonner's successor

He was the fourth junior finisher and grabbed maximum Academy Trophy points.

Earlier in the year, McBride had success at the Jim Clark Rally and the Corbeau Seats Rally.

Landing the Academy Trophy comes as a major boost for McBride, who will now get a free entry into each round of the 2023 Junior British Rally Championship.