The National Boy/Girl 1, 2 and 3 Championships have got underway at the National Stadium 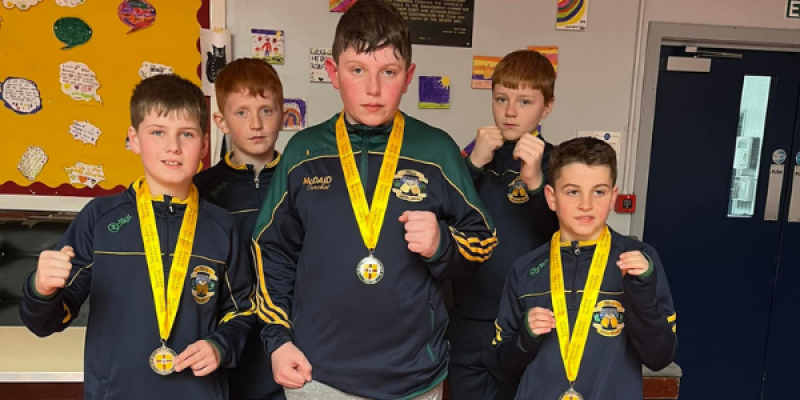 Donegal boxers Gavin McDaid and Eoghan McCallion have booked places in Irish finals at the Boy/Girls 1, 2 and 3 Championships In Dublin.

McDaid dominated the Boy 1 43kgs semi-final and took a clean sweep of the judges verdicts.

McDaid will meet Wayne Barrett (Titans) who defeated Wade Passfield (Dunboyne) in the other semi-final.

Bonner: 'Some of the suspensions that are handed just amaze you'

Although the Donegal manager did not go into the specifics that sees five players miss Sunday's Ulster quarter-final against Armagh, while Rian O'Neill was cleared to play, he states the system doesn't make mush sense

McCallion had a walkover passage to the Boy 1 54kgs final and he will also face a Titans boxer. McCallion will be up against Dominic Barrett, who stopped Jay Crilly from Immaculata in the second round of their bout.

Those finals will take place on Friday evening.

Carndonagh’s Colm Callaghan lost out to Callum McMillan from Antrim in a Boy 1 40kgs semi-final.

Raphoe Boxing Club’s Taylor Parke advanced to the semi-final of the Boy 2 33kgs class. Parke scored a unanimous decision win over Charlie Conroy (Olympic) to seal a spot in the last four.

In the Boy 3 Championships, there were quarter-final defeats for three Donegal boxers.

Jack Boyle (Dunfanaghy) lost out to Evan Moore (St Conleth’s) at 65kgs, Letterkenny’s Oisin Bradley was beaten by Spartacus’ Joe Joyce at 68kgs while at 59kgs Conan Kearney from Clonmany was defeated by Ballyduff’s Cody Goggins.

In a Boy 1 44.5kgs quarter-final, Convoy’s Oisin O’Donnell was beaten by Jimmy McDonagh (Leeside Lough) on a 4-1 split decision.

In all, 511 boxers are contesting the tournaments, which continue until April 30th, with a total of 15 boxers from Donegal clubs taking part.