The winners advance to next weekend's Ulster finals in Newry 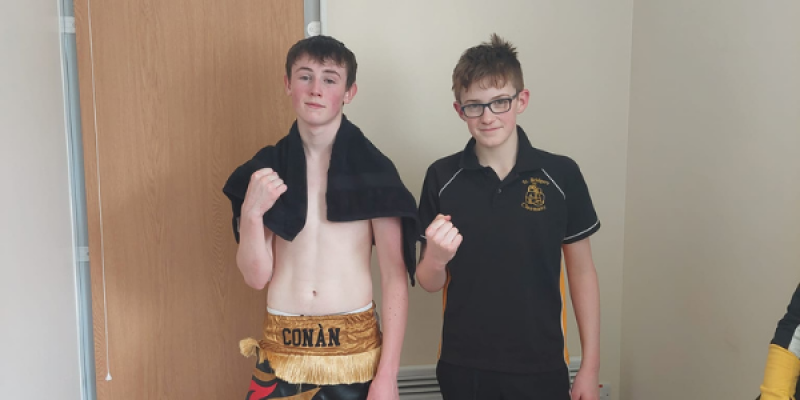 Letterkenny Boxing Club’s Bradley, St Bridget’s Clonmany representatives Grant and Kearney and Dunfanaghy BC punchers Doohan and McBride were victorious in the ring,

The winners from these Championships, for boxers aged 11, 12 and 13, advance to next Sunday’s Ulster finals at St John Bosco in Newry.

Sunday’s action was at Rochester’s BC in Derry.

Bradley stopped Sam King from Star of the Sea in the Boy 3 68kgs final. With Bradley firmly on top, the referee stepped in in the second round.

In the Boy 3 59kgs final, Kearney had a fine unanimous decision win against Bobby McCarthy from Churchlands.

Doohan made a swift dispatch of Convoy’s Logan McClintock. Doohan ended the contest in the opening round of the Boy 2 59kgs final.

Grant took a 4-1 decision in the Boy 3 52kgs final against Dungloe’s Leo O’Donnell.

There will be five further finals held on Tuesday night including two all-Donegal clashes.

Twin Towns’ Caden Keenan takes on Oakleaf man Josh Cairns in the Boy 1 37kgs final while Leigh McGlinchey, another Twin Towns boxer, is up against Churchlands’ Travis McKeown in the Boy 3 43kgs final.

Next Sunday’s Ulster finals glove off at 12 noon with the weigh in from 9-10am.