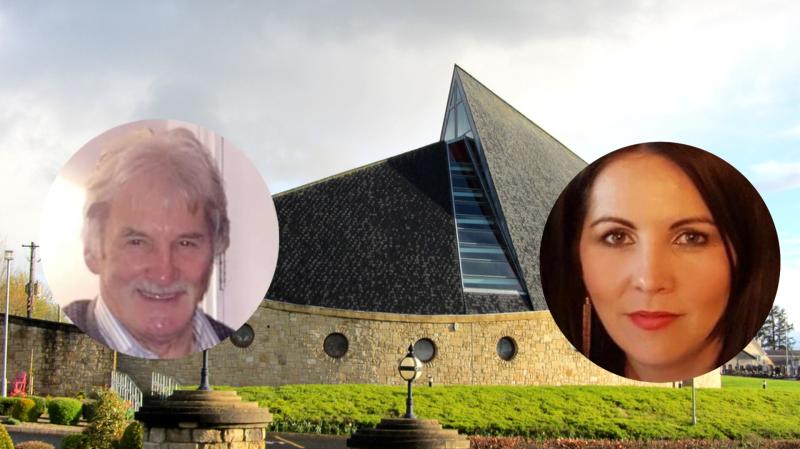 The late Patrick Devenney and his daughter Margaret

Father and daughter, Patrick Devenney and Margaret Sullivan - née Devenney - will be laid to rest tomorrow in Newtowncunningham following a joint-funeral.

Sadly missed by parents in law Greg and Maeve Sullivan, brother in law Shane and his wife Laura, and sister in law Orla. Fondly remembered by her extended family members, close friends and neighbours. Her father Patrick passed on Wednesday, surrounded by his family, in the care of the staff in Donegal Hospice.

St Eunan's GAA club said: “It would be an understatement to say that everyone at St Eunan’s GAA club is devastated by the unexpected news of the sad passing of Margaret Sullivan (née Devenney). We would like to express our sincere condolences with all the Devenney and Sullivan families at this extremely sad time.

“Margaret, sister to Sharon, Maria, Arlene and Brendan; daughter of Imelda and Patrick (RIP); wife to Eugene, and mother to Ethan and Molly was a hugely popular presence, like her father, around the club. We will sorely miss you Margaret - along with your smile and warmth - which greeted so many of us when we were fortunate enough to meet you. Keep shining. Rest in Peace from all at St Eunan’s GAA.”

St Eunan’s Donegal SFC semi-final against Kilcar and their Senior B last four tie against Gaoth Dobhair have been postponed on Saturday as a mark of respect.

Margaret's remains will repose at her family home Mill Road, Newtowncunningham (F93 X995) alongside her father Patrick on Friday 23 from 10am. Funeral mass on Saturday, September 24, at 12 noon in All Saints Church, Newtowncunningham, followed by burial in the adjoining cemetery.

Funeral Mass can be viewed here.

House private on the morning of the funeral. Family flowers only, donations, if desired, to the Donegal Hospice care of any family member or directly here.

For those of you who would like to leave a personal messages of condolence, can do in the 'condolences' section below or on Charlie Mc Clafferty Funeral Directors Facebook page.