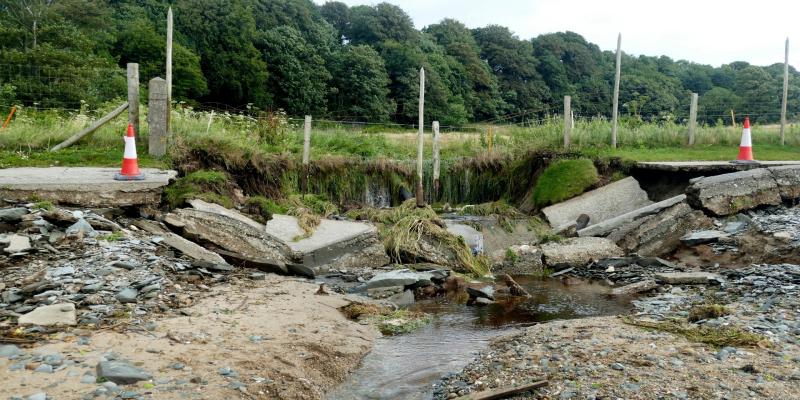 The stretch of the popular Slí na Sláinte walkway from Moville to Greencastle collapsed during the heavy rain of July 23 PICTURE: ENDA CRAIG

Broadway theatre producer John Gore was responsible for the repair of a section of the shore path near Moville which collapsed after flooding and heavy rain in July, a county council meeting has been told.

The stretch of the popular Slí na Sláinte walkway from Moville to Greencastle collapsed during the heavy rain of July 23. The stretch of path is close to the 19th-century Carnagarve House which is owned by Mr Gore, who has an extensive property portfolio in the area and has donated millions to the UK’s Conservative party.

Local councillor Martin Farren told the September meeting of the Inishowen Municipal District that a contractor carrying out work at Carnagarve House for Mr Gore repaired the path, with the works paid for by the award-winning theatre producer.

Thanking Mr Gore and the contractor for repairing the path so that it could be reopened to the public quickly, he said: “It's a temporary job but it’s an excellent temporary job.”

The Labour councillor thanked the emergency services and council workers who responded to flooding incidents in the Moville and Greencastle area on the night.