Buncrana artist John McCarron produced the work as part of the commemorations to mark1,500 years since the birth of the Donegal saint 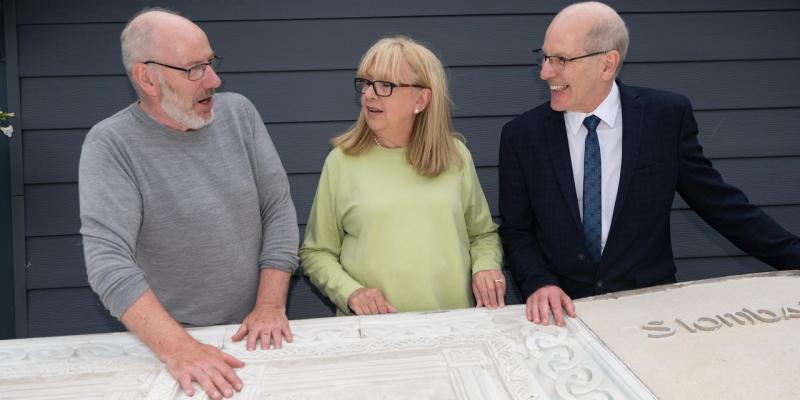 A sculpture to mark the 1,500th anniversary of the birth of St Colmcille created by Buncrana artist John McCarron has been unveiled in Glencolmcille by former President Mary McAleese.

The sculpture was commissioned by Foras na Gaeilge as part of the series of events to commemorate the birth of the saint at Gartan in 521.

The sculpture features two pages from the Book of Kells and was unveiled at the Glencolmcille Folk Village on Friday. The unveiling was the last official event of this year's celebration of the 1,500th anniversary of the birth of the Donegal saint.
The former President, who has been a regular visitor to the area over the years, said Colmcille was "in the sixth century and still today, a bridge that connects religion, class, culture and politics”.
She added that she took personal pride in unveiling the monument in a part of Donegal that was so closely associated with him.

Mr Carron said he was “absolutely honoured” that the work was chosen for the project.

“The Book of Kells has always been associated with Colmcille and is known in Irish as Leabhar Cholmcille or Colmcille’s book. I thought it was a fitting piece to use as a tribute to him.
“Colmcille used art as a way of glorification, a means of spreading the word about Christianity. I felt that a piece of high art was a fitting tribute for Colmcille 1500.”
The sculpture is a bas relief of an open book, open at a folio of the Book of Kells, resting on a lectern.
“It has echoes of monastic influence and it also has a connection with Glencolmcille in that on the front of the lectern there is an image of what is known in Glencolmcille as the Glen angel, a religious folk symbol found only in Glencolmcille and Kilcar.”
The work, which is made from reconstituted stone and faced with quartz, is in white, a colour that is associated with Colmcille, who was known as the Dove of the Church, Mr Carron said.
“It also contains stainless steel to give it a modern twist.”
He thanked Mrs McAleese for coming to Glencolmcille to unveil the work. 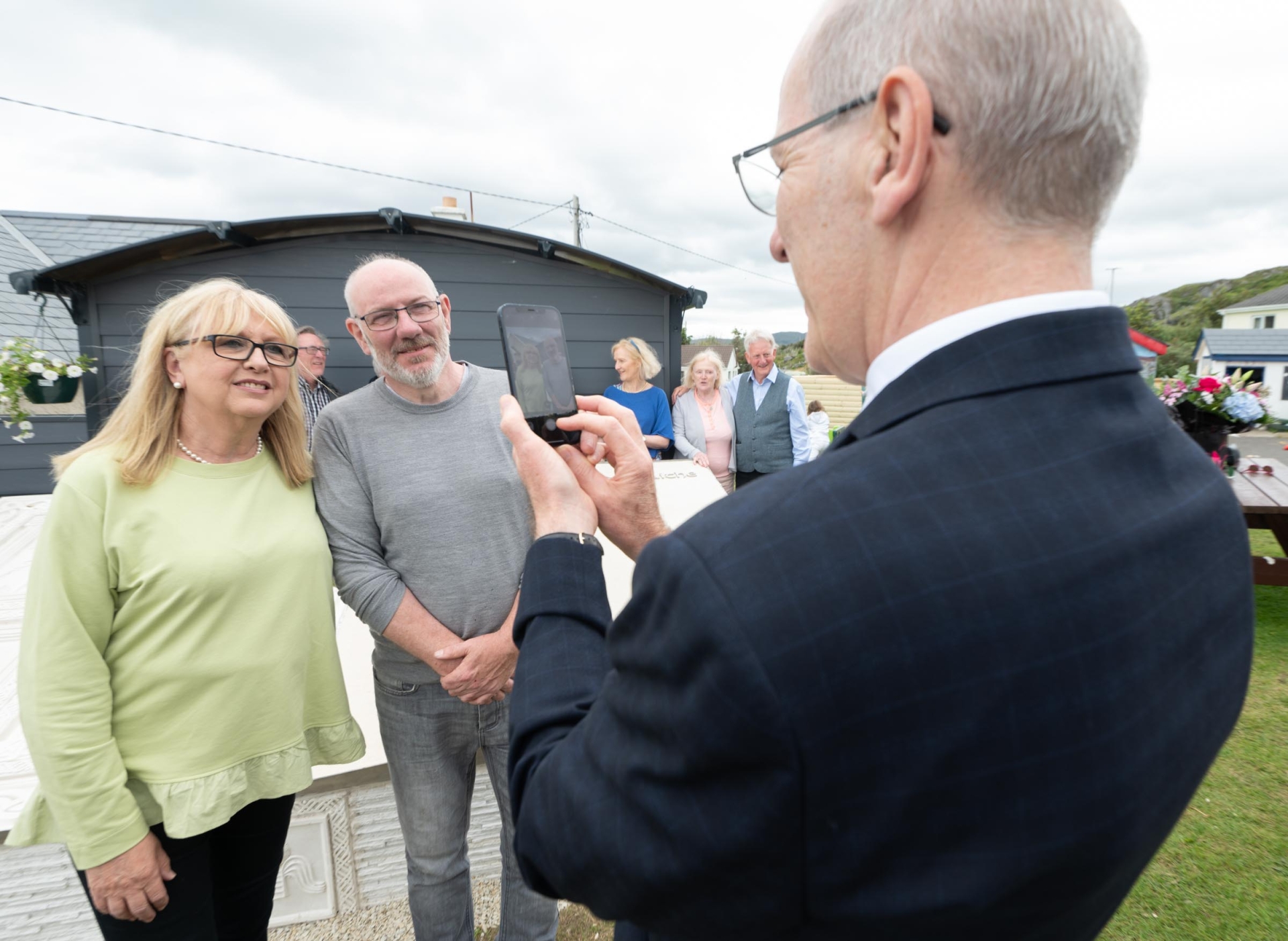 “She has a long association with Glencolmcille as it was where she came to learn Irish, many, many years ago. She continues to holiday in the area and it was a great honour to have her there.”
The work was produced with significant input from Inishowen, including Noel O’Hagan from Crana Engineering in Buncrana, Mark Stewart of Tailored Tiles in Burnfoot; Martin McLaughlin who contributed graphic design work, Declan McCarron from Buncrana who helped with the design, construction and 3D rendering and Terence Coyle, who also worked on graphic design for the project.
Mr McCarron also paid tribute to the management and staff of the Glen Folk Village including Margaret Rose Cunningham, and Cáitriona Nic Sheoil of Comhairle Paróiste Ghleann Cholm Cille and Tristan Rosenstock of Foras na Gaeilge.

Work began on the sculpture in the new year. It was built on-site and will now sit permanently at the entrance to the folk village.