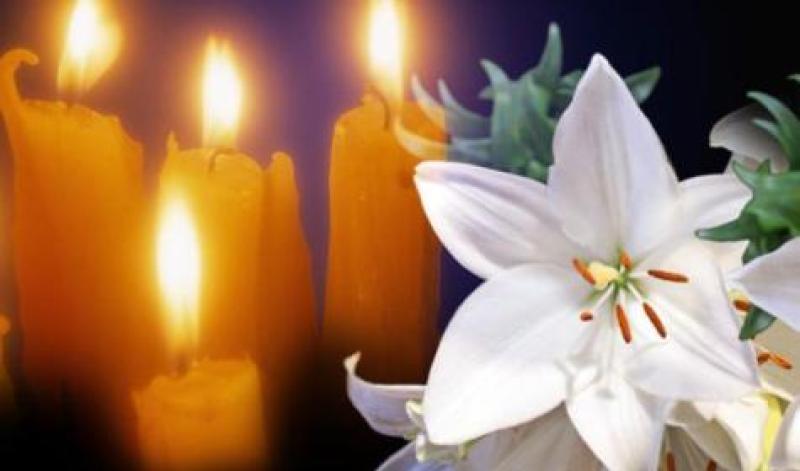 She is reposing at her residence, leaving there at 9.30 am on Thursday July 14 for 10am requiem mass St. Mary’s Oratory followed by burial in Cockhill Graveyard. Family flowers only please.

Donations in lieu to Renal Unit, Letterkenny General Hospital or care of any family member or Porter Funeral Directors.

John's remains are reposing at his home, much loved husband to Susan, John will be very deeply missed by his children Jonathan, Celine, Anne Marie, Martin, Stephen, Charles, Grainne, Lochlainn and Conor, his grandchildren, his brothers and sisters Margaret, Teresa, Marian, Seamus, Danny, Dolores, Cathal and Terence, the wide family circle and many friends.

Family time please from 11pm to 11am and family only on the morning of the funeral.

John's funeral mass will take place on Thursday July 14 at 11am in St. Patrick's Church, Aughaclay, Malin, followed by burial in the adjoining graveyard.

Family flowers only please, donations in lieu to the RNLI care of any family member.

Meabha remains are reposing at her residence in Magheroarty. Funeral from there on Thursday July 14 for 11am requiem mass in Christ the King Church, Gortahork with burial afterwards in the adjacent cemetery. Rosary at 9.00pm. Wake is private to family, friends and neighbours.

Funeral mass can be viewed live on https://www.mcnmedia.tv/camera/christ-the-king-gortahork

The peaceful death of Liz MacIntyre has taken place at her home in Beaumont, Dublin surrounded by her loving family. Beloved wife of Dermot, much-loved mother to Andrew, Brian, Clare and Fiona, mother-in-law to Paulette, Patricia, Séan and Patrick, treasured grandmother to Aoife, Aisling, Ciara, Diarmuid, Conor, Pádraig and Fionán. Deeply regretted and sadly missed by her nephews, nieces, extended family, and a wide circle of friends.

Her remains are reposing at her home in Ballymore, Dunfanaghy. Funeral Mass in St. Finian's Church, Falcarragh on Thursday July 14 at 11am.

Burial afterwards in adjoining graveyard. Mass can be viewed on https://www.mcnmedia.tv/camera/falcarragh-parish-church Family time please from 11pm to 10am and on the morning of the funeral.

The death has occurred of Mary Doherty, 168 Donegal Road, Ballybofey and formerly of Glenfin at the Donegal Hospice, Letterkenny surrounded by her family and friends.

Mary’s remains will repose at her residence until removal at 12.30pm on Thursday, July 14 for requiem Mass at the Church of Mary Immaculate, Stranorlar for 1pm Mass with interment afterwards to Kilteevogee Cemetery, Glenfin.

The Requiem Mass will be streamed live via the Parish Webcam at http://www.churchservices.tv/ stranorlar.

Family time from 10pm to 10am and on the morning of the Funeral. Rosary both nights at 9pm.

The sudden death has occurred of Michael McLaughlin (Mickey Heifer), Magherabeg, Burnfoot.
Predeceased by his parents Susan and Charlie (Morning). Beloved husband of Kay, much loved father of Michelle, Seamus, Denise and Ciara and dear brother of Sally, Siobhan, Cathal and Daniel.

Removal from Murphy’s Funeral Home Wednesday, July 13 at 4pm travelling to his late residence via Buncrana Road and the Inch Road.

Removal on Saturday, July 16 at 10am to St Mura’s Church, Fahan for Requiem Mass at 11am followed by interment in the adjoining cemetery.

Requiem Mass can be viewed on www.churchservices.tv/fahan.

The death has occurred of PJ Mullen, 28 Colehill, Newtowncunningham.

He will be deeply missed by loving parents Assumpta and Brian, brothers Brian Junior and wife Mary B. (Fanad), Tom (Newtowncunningham), Barry and partner Dena (Navan), Paul and wife Amanda (Canada) and sister, Liz and Eileen, Newtowncunningham, nephews Shay and Matthew and niece Abbie, aunts, uncles, cousins and a wide circle of family, friends and neighbours.

PJ’s remains are reposing at his late residence. Funeral from there on Wednesday, July 13 at 10.40am going to All Saints Church, Newtowncunningham for 11am Requiem Mass which can be viewed live on www.churchservices.tv/newtowncunningham.

Interment afterwards in the adjoining graveyard.

House private to family, close friends and neighbours please. Family time from 11pm until 11am and on the morning of the funeral. Family flowers only please. Donations in lieu of flowers if desired to ICU, Letterkenny University Hospital c/o any family member.

Beloved wife of Larry and devoted mother of James, Sharon and Caroline. Deeply regretted by her heartbroken husband, son, daughters, sons-in-law Des Foy and Joseph Watson, daughter-in-law Anna, her beloved grandchildren Jamie-Lee, Kyle, Alicia, Daniel and Bobby, her brothers Francie and Stephen, sisters Josie and Nora, her nieces, nephews and all her relatives, neighbours and friends.

Reposing at the family home on Wednesday from 6pm to 9pm. House strictly private at all other times please.

Removal from the family home on Thursday at 10.30am to arrive at St. Aidan’s Church, Kinlough for Mass of the Resurrection at 11am. Burial afterwards in St. Aidan’s Cemetery, Kinlough.

Mary’s Funeral Mass can be viewed live on the Kinlough/Glenade Parish Facebook Page.

Please be mindful of the current rise in Covid-19, as a result the family would recommend the use of face coverings if attending the wake/funeral.

As Mary loved flowers, fresh flowers are most welcome.

Removal on Wednesday at 11.30am to St. Bernard’s Church, Abbeyknockmoy (H54 KX60) for Requiem Mass at 12 noon, followed by burial in Abbeyknockmoy Cemetery.

Family flowers, only. Funeral Mass will be streamed online.