Decision from An Bord Pleanála on Supervalu appeal due in October 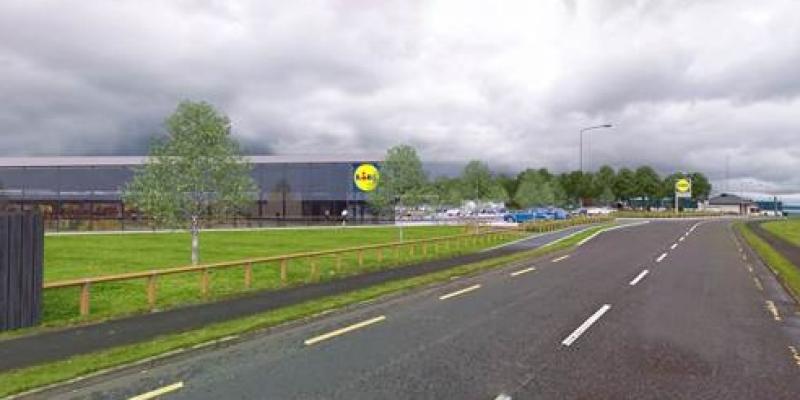 An appeal has been lodged against plans to build a new Lidl store in Carndonagh by a local supermarket which claims it will suffer a 20% drop in sales.

The plans for the store at Station Road were granted planning permission by Donegal County Council in May.

The supermarket giant has held a community briefing in the town since planning permission was granted for the store, which would be more than 2,000 square metres.

The appeal against the plans by Lidl Ireland GMBH has been lodged with An Bord Pleanála by Gerry Doherty of Supervalu in Carndonagh.

In an objection to the planning application,  Mr Doherty raised concerns that such a development "by a multinational trader" is contrary to the "council's stated objective of promoting vibrant town centres". He said "it was a fantasy to presume" the new store would not impact existing businesses. The 23 businesses in the area identified as “convenience sales”, including small local shops and butchers, would be "severely impacted", he said.

Mr Doherty said the Supervalu store is expected to lose over 20% of its existing business if the Lidl development goes ahead and the impact would be felt in other businesses in Carndonagh and in town centres across north Inishowen.

He also highlighted concerns about the impact of increased traffic on the area, the potential flood risk to the site and the carbon footprint of the store.

In response, the council said it believed the proposed store is consistent with the county development plan. The development would divert "an acceptable amount of trade" from Buncrana and "would probably bring additional trade to Carndonagh," planners said.

The council granted planning permission with 12 conditions. A decision from An Bord Pleanála is due by the end of October.