They break their old record completing it in 22hrs 37 mins 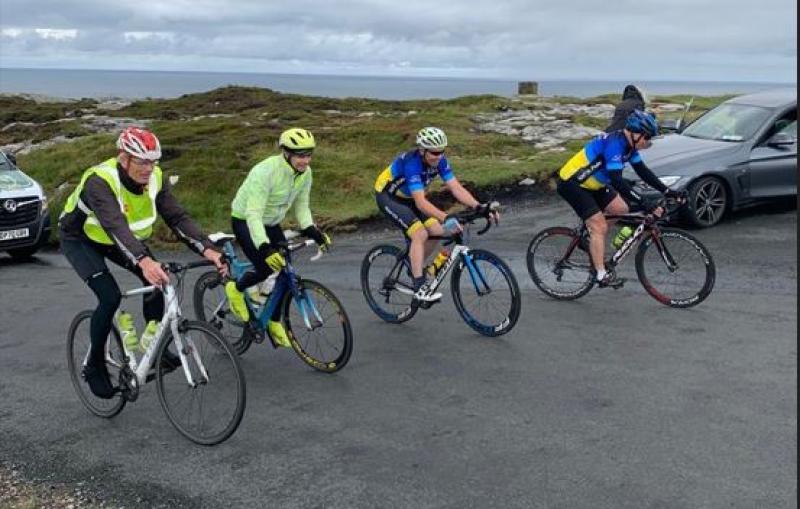 Four intrepid Donegal cyclists and their support team have just this Sunday morning completed an amazing journey from Ireland's most southerly point, Mizen to the country's most northerly point, Malin Head.

Robert Kavanagh, Cathal Wilson, Patrick Morning, and Chris Doherty were attempting to beat the time set five years ago when the team achieved the feat in under 23 hours.

When the lads set out yesterday the weather was against them but despite this, they braved the rain and wind, and their non-stop efforts paid off as they clocked in earlier this morning with a time of 22 hours and 37 minutes.

They were well supported by their team of helpers namely Leslie O'Donnell, Gaby Duffy, Michael Graham, and Rory Dunnion while Wesley Moore worked out the route and stayed in front of the lads on a motorbike.

A team of family and well-wishers greeted them as they made their way to the finish line in record time. Well done on such a fantastic effort.