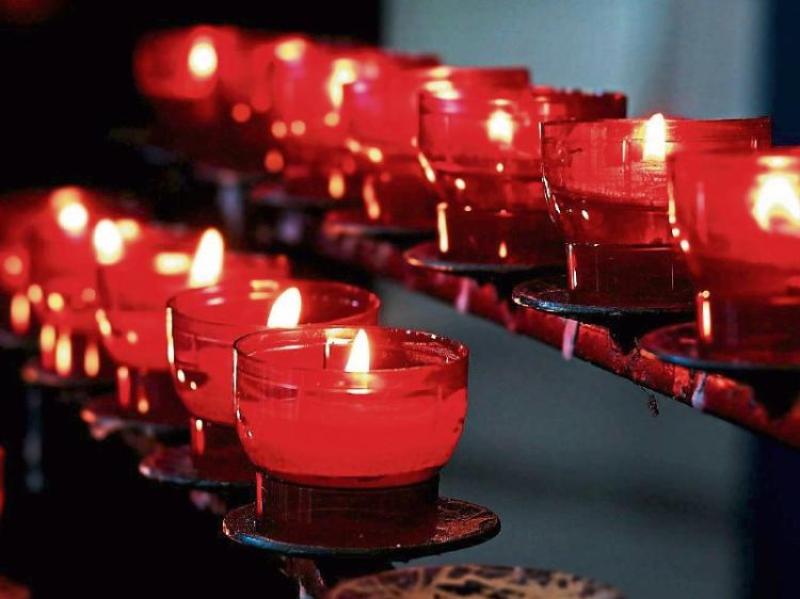 Predeceased by her husband Jim and sadly missed by her devoted family.

All enquiries to Patrick McKenna Funeral Directors, Ballyshannon, on 087 2485819

He died on Monday, peacefully, at Causeway Hospital.

Dearly loved father of Jenny, Donnacha and Deirdre (Dee), father-in-law of Mark, Carol and Finn, a devoted grandfather and much loved brother of Myra, Joan, Helen, Rosemary, Frank and the late Anne. Much regretted by his ex-wife Aideen.

Requiem Mass in Star of The Sea, Portstewart on Thursday at 1pm followed by interment in Portstewart New Cemetery.

Family flowers only please. Deeply regretted and very sadly missed by his loving family and friends.

The death has occurred of Andrew Eugene Anderson (known as Eugene) Rossylongan, Donegal Town and formerly of Ardnagannagh, Crossroads, Killygordon.

House private to family and friends please on the morning of the funeral.

His remains are reposing at his daughter Mary's home in Meenderrygamph, Gaoth Dobhair.

Reposing at his home. Arriving at Our Lady of the Rosary Church, Ennis Road on Wednesday for Requiem Mass at 11am, followed by burial in Kilmurry Cemetery.

Her remains are reposing at her home in Annagry.

Reposing at his late residence with removal on Wednesday to St. Mary's Church, Cashelard for 11am Funeral Mass with burial afterwards in the adjoining cemetery. House private on the morning of the funeral, please.