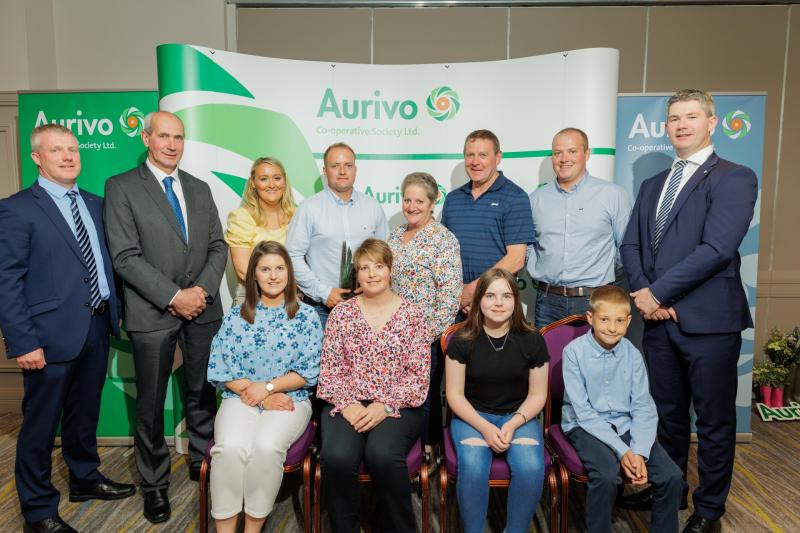 Dairy farmers, David and Brooke Wylie from Muff have been acknowledged for dairy farming excellence at the Aurivo Milk Quality Awards.

David and Brooke Wylie received the award for Lowest TBC in Liquid Milk. The pair milk 100 Holstein Friesian and Pure Jersey cows in Muff and aim to increase the herd to 120 as part of their five year plan.

David has been milking cows for more than 50 years and was joined by his son Brooke in 2010. David and Brooke’s meticulous cleanliness and attention to detail, as well as a consistent milking routine impressed the judging panel.

Commenting on the awards, Donal Tierney, Chief Executive of Aurivo, said: “The Aurivo Milk Quality Awards is an annual award programme which recognises standards of excellence in dairy farming.

"I would like to congratulate our eight Milk Quality Award winners, who continuously illustrated the highest quality of milk supply for both liquid and manufacturing milk. It is a privilege to honour their commitment, hard work and strive for excellence.

“Aurivo is very proud of its quality milk pool and committed supplier base of almost 1,000 suppliers in both the Republic and Northern Ireland. Our farming families' incredible commitment and dedication allows us to produce the best quality milk.”