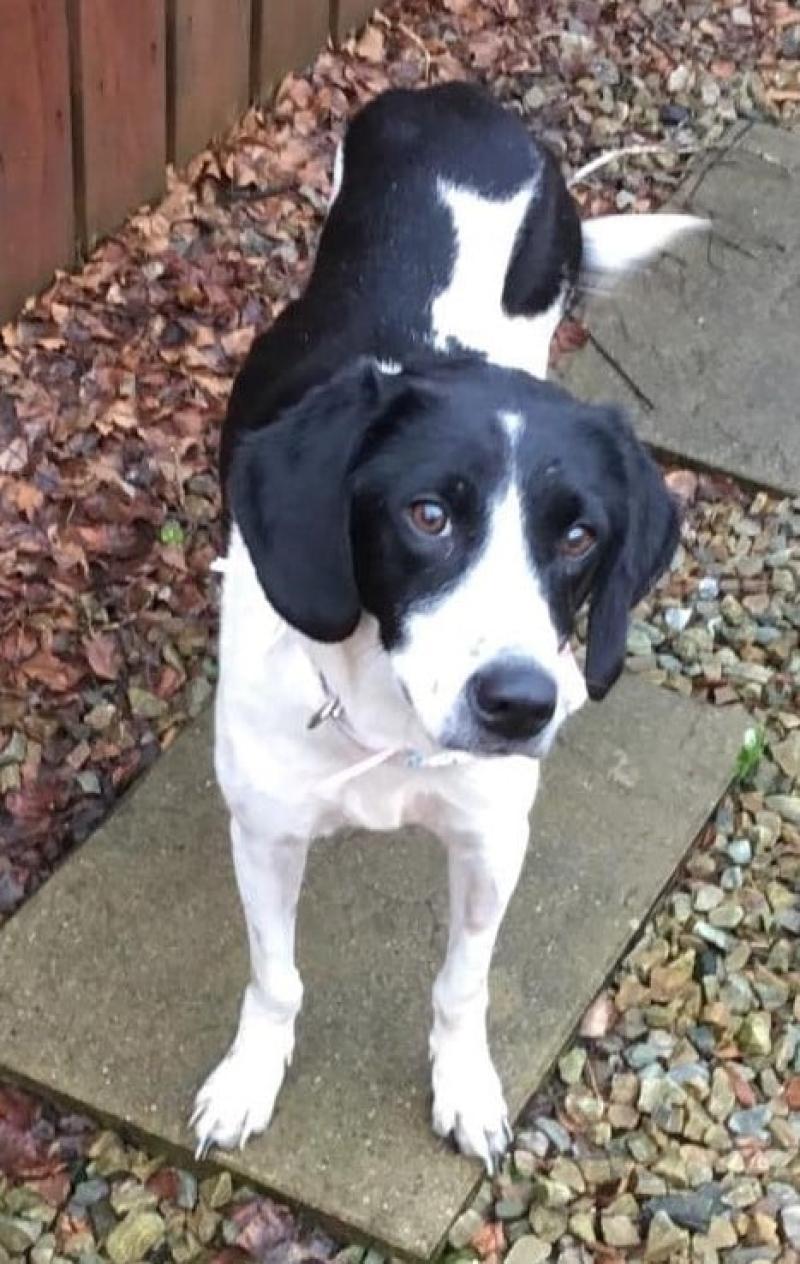 Dee has gone to her new home

It can be a long road to recovery for a rescued animal.

Dee is a young dog who was found lying injured at the roadside by Gardaí from Buncrana on Christmas Day.

The Gardaí contacted Animals In Need (AIN) who luckily had a volunteer in Inishowen who gave up her Christmas Day in order to collect Dee and rush her to the vets in Carndonagh.

Dee had an injured leg and after a couple of days in the vets, she was moved to an AIN foster home in Donegal Town, where it was hoped that she would heal with rest.

Unfortunately, this was not to be, despite the vets and her fosterer pulling out all the stops in an attempt to save her leg and in February she had to have her injured back leg amputated. 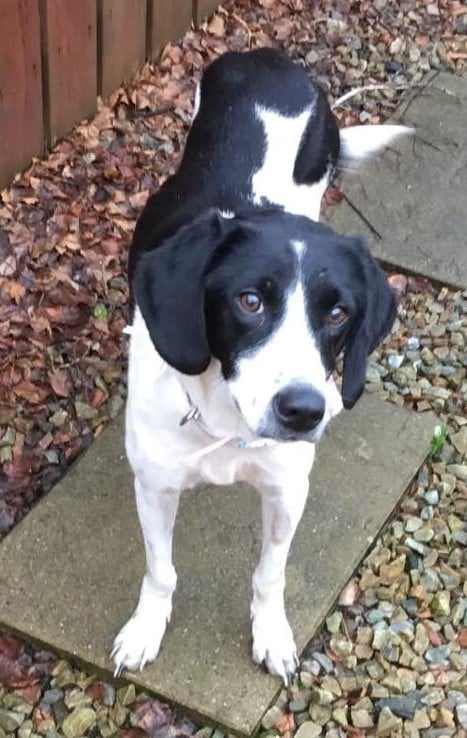 Dee has gone to her new home

Thankfully, Dee made a fantastic recovery and she was soon racing around on three legs, holding her own with the other dogs and she quickly built up her muscles.

AIN are delighted to announce that Dee has found her happy ending.

She recently received her Pet Passport allowing her to travel and last week she set off to the UK where a fantastic home awaited her.

Dee arrived safely and everyone at AIN wishes her a long and happy life with her wonderful new family.

Back in Donegal, a rather unusual kitten rescue took place over the Bank Holiday weekend, when three kittens were discovered in a nest of branches and ivy at the top of a tall building.

The three two-week-old kittens’ cries has been heard and upon investigation, the kittens were found, although, sadly, a fourth kitten was already dead. 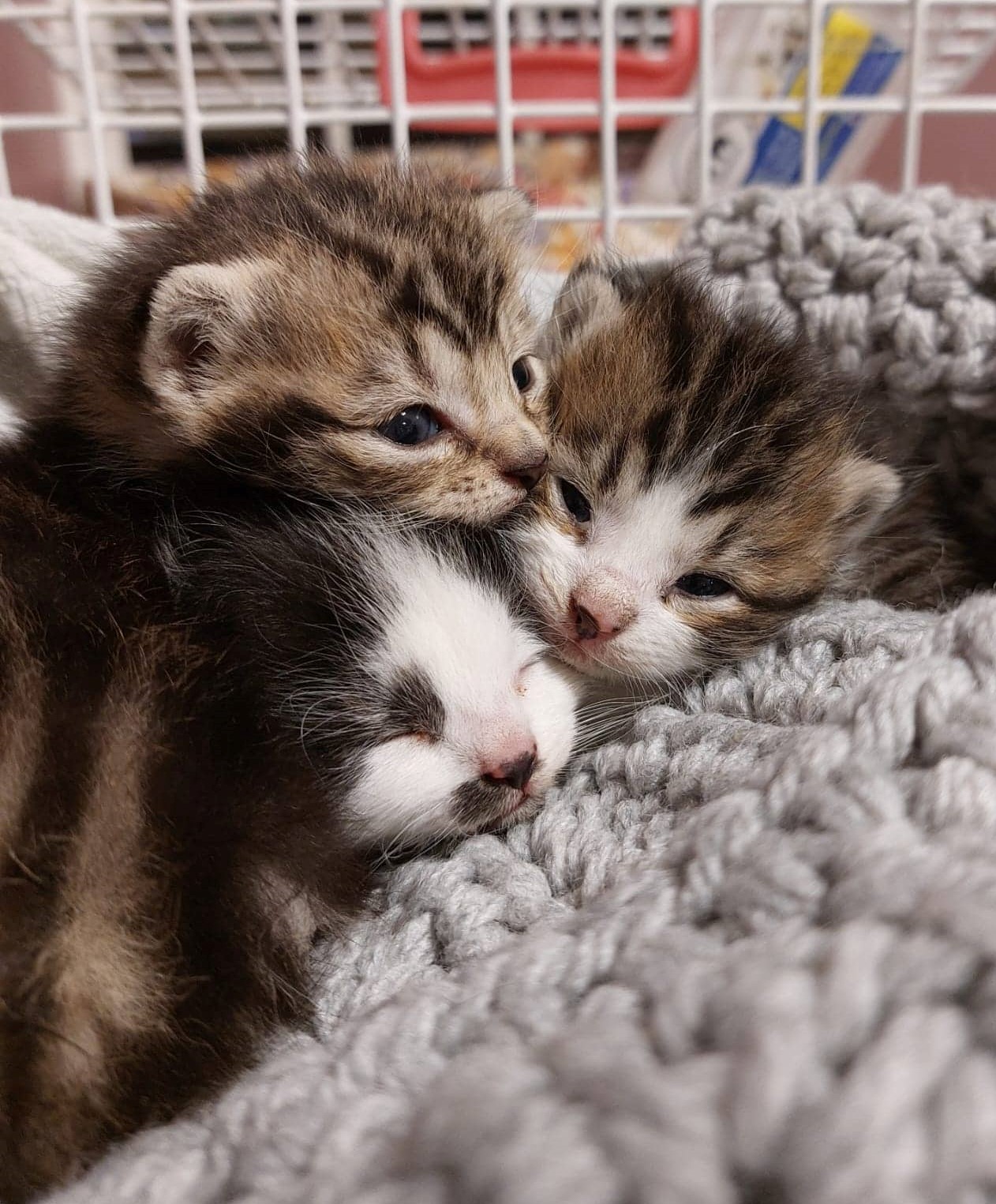 Their mother is feral and had been reported to be sick for the past few days and so the decision was made to find a ladder and bring the three surviving kittens into foster care.

The mother cat will be humanely trapped, receive any veterinary treatment that she needs, neutered when she is healthy and then returned.

Her surviving three kittens are all very bright and seem healthy and hopefully will thrive in their foster home.

Another four kittens were caught during a Trap/Neuter/Return (TNR) mission in conjunction with Burtonport Animal Rescue this week.

The adult cats from the colony will be neutered and returned and the four kittens will be receiving intensive TLC and when they are old enough, they will be rehomed. 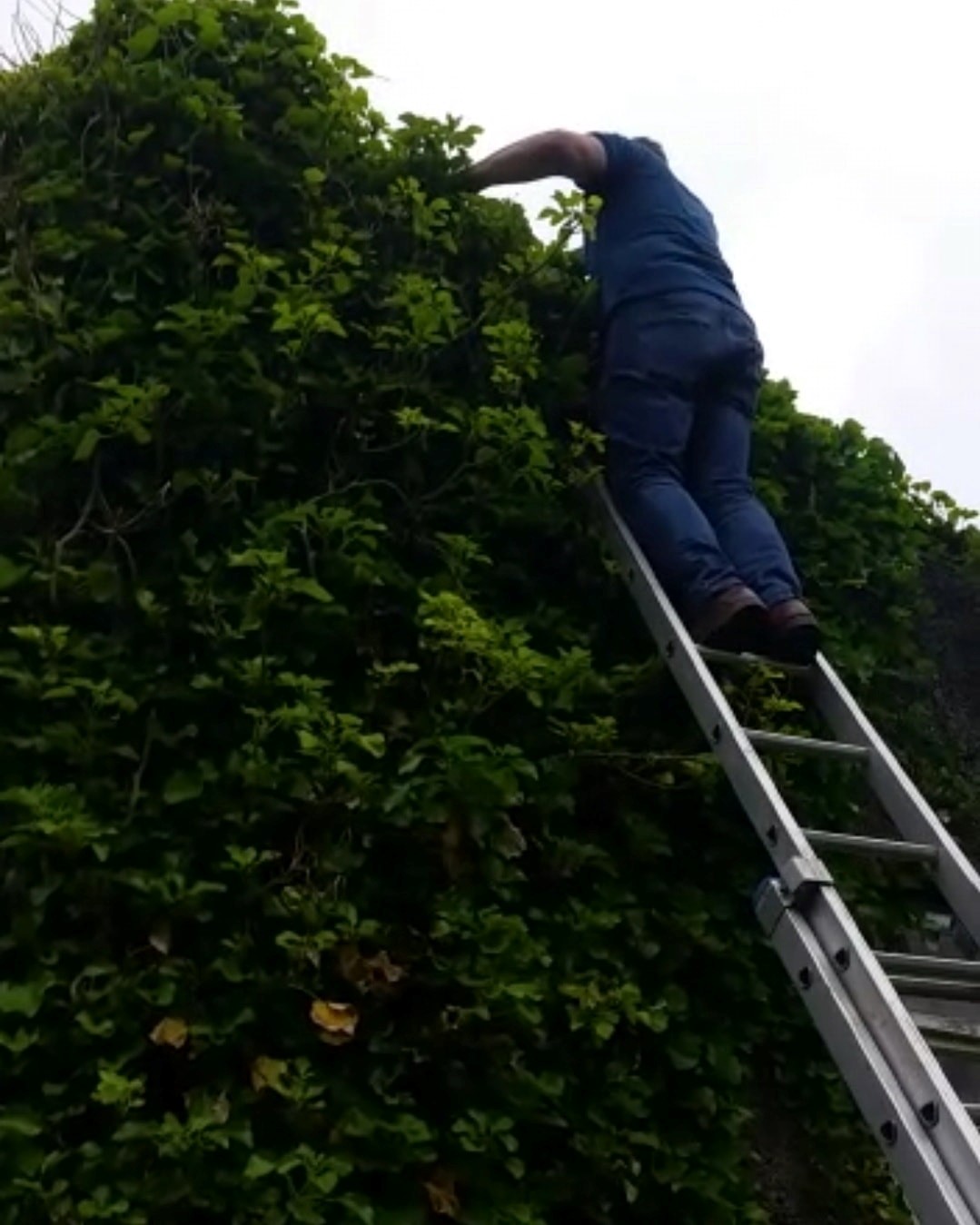 The kittens being rescued from the top of the house

A huge thanks to Annmarie and Michelle from Burtonport Animal Rescue for putting in the hard work to catch them.

Sometimes, despite trying everything to save an animal, it just is not to be.

Little Jack Sparrow, a kitten found along with his siblings in a nest in the grass near a children’s playground a couple of weeks ago, developed stomach problems last week and sadly passed away.

He was very young and bottle-fed kittens are fragile and can sometimes suddenly go downhill and die unexpectedly, despite receiving the best care, which is always heart-breaking for their fosterer.

Jack Sparrow’s siblings are fighting on.

Since the closure of AIN’s charity shop in Letterkenny, the organisation only has one charity shop, which is based in Donegal Town.

All the money raised by the shop goes directly towards the rescued animals’ care, which makes it all the more shocking when the staff were faced with a suspected shoplifting incident in which a ring was taken from the shop this week.

The incident was captured on CCTV which has been passed on to the Gardaí and hopefully the matter will be resolved.

AIN’s shop has some interesting bargains at the moment, including a rare, antique weighing scales, so please pop into the shop if you are passing and support AIN’s animals.

To help AIN’s animals, please donate €2 to AIN’s ‘Help Us To Help Them’ fundraising appeal via your phone by texting the word ‘KITTEN’ to 50300. Every last cent goes directly to the rescued animals for their food, bedding, vet bills, worming treatment and vaccinations.

For further information on adoption, fostering, volunteering etc, please contact the main helpline on 087 1356188. For cat/kitten enquiries please call 087 7644420. Animals In Need Donegal is also on Facebook and has a website at http://www.animalsinneeddonegal.com.