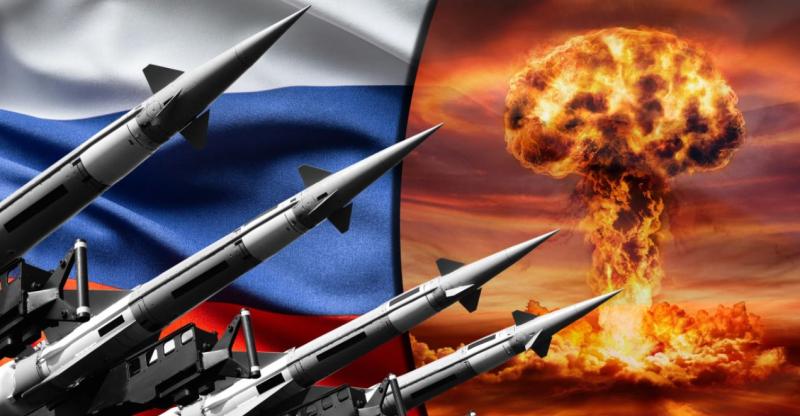 People living in Inishowen have been shocked and worried about the latest stage in the escalation of the war or words involving Russia and the UK-NATO-American alliance.

Now it appears Donegal could be in the firing line for any attack on the West.

It says this attack using an underwater nuclear weapon would “plunge Britain into the depths of the sea”.

The torpedo, fired from a nuclear submarine, would explode in the sea.

The presenter said the warhead has an explosive capacity of up to 100 megatonnes.

“The explosion of this thermonuclear torpedo by Britain’s coastline will create a gigantic tsunami wave up to 500m high,” the report says.

“Such a barrage also carries extreme doses of radiation," it adds. "Having passed over the British Isles it will turn whatever might be left of them into a radioactive desert, unfit for anything for a long time.”

Responding to the reports, a statement from the Russia embassy in Dublin said: “The views and presentations in the TV show are that of the editors.

“The official position of Russia has always been that there can be no winners in a nuclear war and that it must never be unleashed, as once again was reaffirmed in the Joint Statement of the Leaders of the Five Nuclear-Weapons States on Preventing Nuclear War and Avoiding Arms Races, published on January 3, 2022.”

In recent weeks, Russian president Vladimir Putin has spoken of his willingness to threaten to use nuclear weapons.

He described last week’s test of the Sarmat hypersonic intercontinental ballistic missile as giving the west “food for thought”.

He added: “We have all the instruments for this [responding to an existential threat to Russia] — ones nobody else can boast of. And we will use them, if we have to.”

“One of the arguments is whether we should or not retain our embassy in Moscow, I’ve always said it was better to retain it because you can communicate.

“I believe it was state television where that clip was used.

“It’s totally unacceptable, and I’m sure our diplomats in Moscow and our Department of Foreign Affairs here will be making that known.”

Reacting on Twitter to the TV reports, Fine Gael TD Neale Richmond said: “Casually discussing detonating a nuclear device off the coast of Donegal, a chilling insight into the Russian state mindset, yet we still allow Russia’s ambassador to spread their state disinformation here from the embassy on Orwell Road.”

Fianna Fáil MEP Billy Kelleher TD said: “I presume someone in Irish government is conveying our absolute disgust at these threats to Ireland.

"There is no free speech in Russia so these statements are being made with Putin’s approval.

Professor of politics at DCU, Donnacha Ó Beacháin, said there has been several references made on Russian state television about how it would be easy or even desirable to launch nuclear strikes on western countries, including the UK.

“These are sometimes made casually and sometimes forcefully,” he said.
“There is an assumption that either western countries would be unable to respond or an acknowledgement that it would be the end for everyone, but as one TV presenter said a few days after the war began: ‘Why do we need a world if Russia is not in it?’."

He said this statement came within hours of Putin’s announcement that he was placing Russia’s nuclear deterrence forces on “high alert” following what the president described as “aggressive statements” and economic sanctions imposed on Moscow by Nato.

“While the statement of TV presenters and panellists does not enjoy the status of an official government statement the fact that they are made on state-controlled television means they are considered within the realm of Kremlin-approved discourse,” Prof Ó Beacháin said.

“Indeed, the Kremlin has already highlighted its nuclear arsenal on several occasions since invading Ukraine. These statements are made to deter countries from helping Ukrainians.”