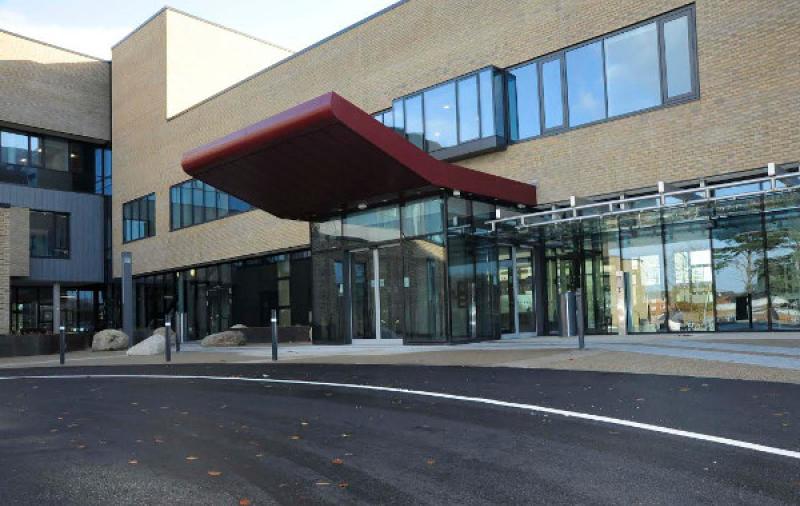 The Taoiseach has told the Dáil that health services should be organised in a regional and cross-border fashion with patients in Donegal eventually looking to Altnagelvin in Derry rather than Galway.
Further cooperation requires the building of trust with the Executive in the North, he said.
Speaking during a debate on North-South implementation bodies on Tuesday, Micheál Martin said health cooperation between North and South has been very effective, in particular, “the huge funding” that went into the establishment of the North West Cancer Centre in Derry which opened in 2016. The centre at Altnagelvin Hospital treats hundreds of patients from Donegal every year.
In a recent visit to the hospital, the Taoiseach met a man who had travelled from Donegal having suffered a heart attack.
“He had stents provided very quickly in Altnagelvin and was out the following day. In our configuration, we are saying that people in the north-west should head to Galway as the major tertiary hospital.”
In the fullness of time, he said, health should be looked at “regionally in a cross-border, practical way” at the various hospitals along the border.
“I think we can do more in respect of health services across the border and that is something I would like to expand even more,” he said.

He said he has been involved in North-South health cooperation since he was Minister for Health.
“I want to be positive about this. We need others to participate in this. We need the Northern health authorities to participate in this.”
“Sometimes, on the Executive side, there are different views and perspectives on this, as everybody knows. What is important is trust - that we build up trust with all traditions on the island that this is not some Trojan horse but that it just makes practical sense for the people in the region and that catchment area that they have quicker access to health services, particularly in regard to heart, cancer, paediatrics and so forth. That is the spirit within which I would like to proceed on that front.
Speaking during the debate, Cavan-Monaghan TD Brendan Smyth said he recognised the great progress with cancer care at Altnagelvin.
“However, we need a greater delivery of acute hospital services on a cross-border basis. I am thinking of right across the border area.”