Mica Action Group spell out their concerns to Taoiseach

Problems of delays outlined and promises of another meeting made 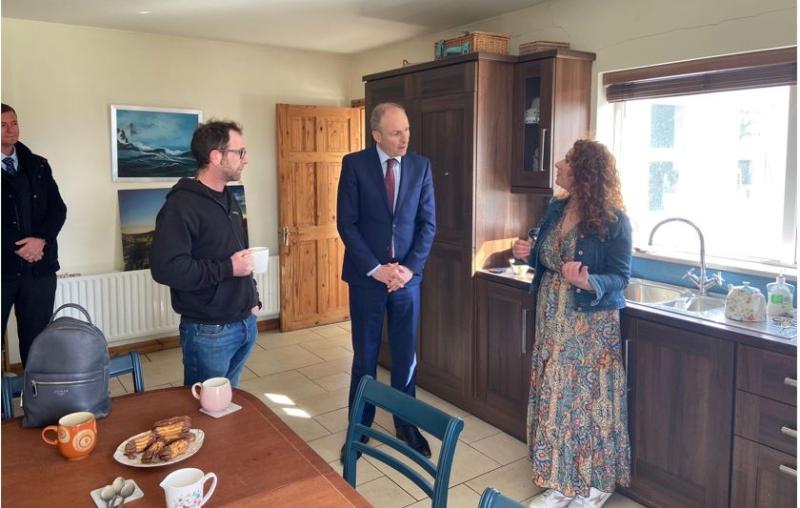 This follows protests during his visit to Derry last night and controversy surrounding a proposed protest to Mr Martin's scheduled visit to Letterkenny today which had to be cancelled as a mica march had been planned to take place at the same time.

In a Facebook post Mica Action Group PRO, Michael Doherty revealed the taoiseach had visited a house in Buncrana and met with the group in An Grianan Hotel, Burt earlier today. 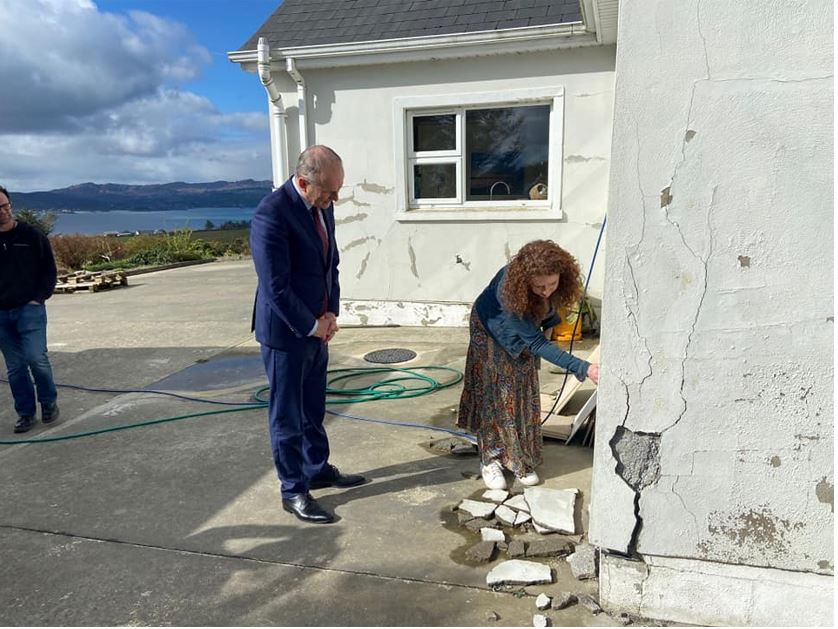 Claire McDaid shows An Taoiseach the damage mica has caused

He said Mr Martin had visited the house belonging to Claire McDaid around 11.30am. He examined the various cracks throughout the building, inside and out , and heard about the ever-increasing deterioration of her home, particularly over the past few months.

"He was able to lift and crush a few blocks to remind him what he was really dealing with, our 'Weetabix blocks' never fail to make an impression," said the PRO.

He said they spent approximately half an hour around the table in Claire's house listening to her own circumstances and how various obstacles, traps, and controls were putting progress on hold for her.

He said while they didn't expect any immediate answers from the taoiseach they felt happy he understood their problems more than before the visit.

"He agreed the efficiency of the process of moving things forward needed to be looked at. Something is not right when you have 6,000 or 7,000 homes in Donegal and only ten sorted out. We have 650 applications live at the minute but 350 are in limbo and 300 are for processing but things are going very slow."

The PRO also relayed details of the meeting with MAG in An Grianan.

"Charlie [McConalogue] started out defending his planning arrangements but I think we will have to agree to differ on that one."

He said the taoiseach was given a copy of their key demands and while they did not get through it all at their meeting, Mr Martin promised he would read it.

"Once again Mr Martin wanted to know what things were going so slow and what was not happening in Donegal that needed to happen?

"Cllr Martin McDermott gave a good overview of what was going on regarding the difficulties. One of the key difficulties we got into was to do with ID465 itself and the fact it is only asking for mica or pyrite and the other elephant in the room, pyrrhotite is not even recognised and the council was reluctant to issue recommended remediation works that didn't take the pyrrhotite content into consideration. That took a bit of explaining as all this seemed to be new to him."

Mr Doherty added the taoiseach did take the time, wrote "an awful lot of notes" and "did ask intelligent questions around it as well. 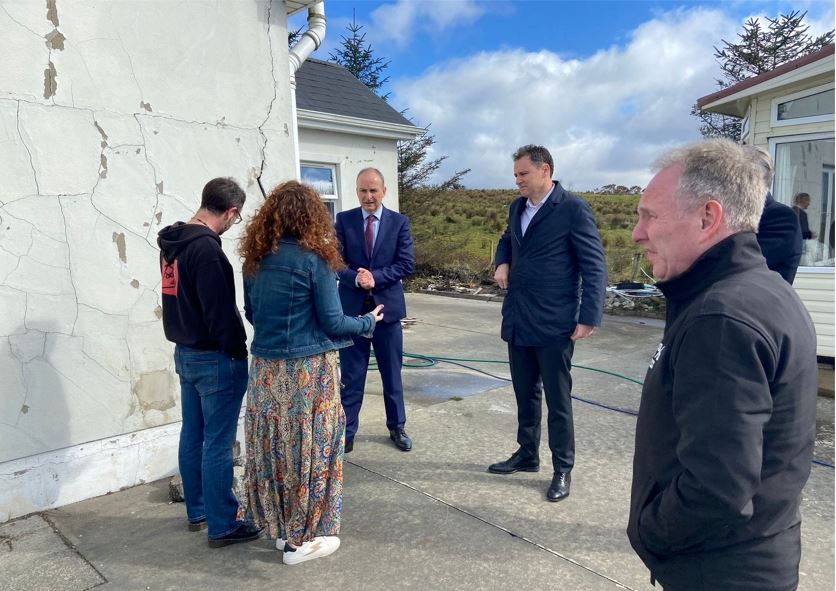 Taoiseach Micheál Martin and Minister for Agriculture and local TD

Charlie McConalogue listen to the McDaid family's fears about their

"We are hoping that he goes to Minister O'Brien [Minister for Housing, Local Government and Heritage Darragh O’Brien TD] is two bolt-ons to the IS465 - one to cover the inclusion of all the deleterious materials in the assessment, and the second one is the inclusion of foundations. He said he would take that back so we will anxiously await to see how he gets on.

"That is a massive one. It will free up 350 odd applications that Donegal County Council has on hold if he can make that happen. That ought to be able to be done through regulations, generally, a month should see that right as opposed to waiting a year to a year and a half waiting on NSAI to revise IS465."

Mr Dohery said when the taoiseach asked about the hold up in general he was told the process was "criminally slow".

"We told him about the number of further information requests that are coming out, the fact that everything has to be detailed to the last square metre of plasterwork inside and outside - a pile of stuff and hoops that you have to jump through as opposed to a roof price, a plastering price, a block laying price, a first-second fix price in chunks but the level of detail we're being asked for is making things criminally slow to get things done."

He suggested someone independent within the department should review the process to see if they could get more houses through the process without "all this unnecessary information that is being requested".

The PRO said committee member, Ann Owens presented the taoiseach with an overview of the human effects of the mica crisis and the position vulnerable occupiers of mica houses were going through.

"He went down the road an awful lot more educated than what he was beforehand. He did genuinely engage with us here, it wasn't just an exercise, hopefully, it pays off and he has agreed to meet us again," he said.