What now for mica protest? 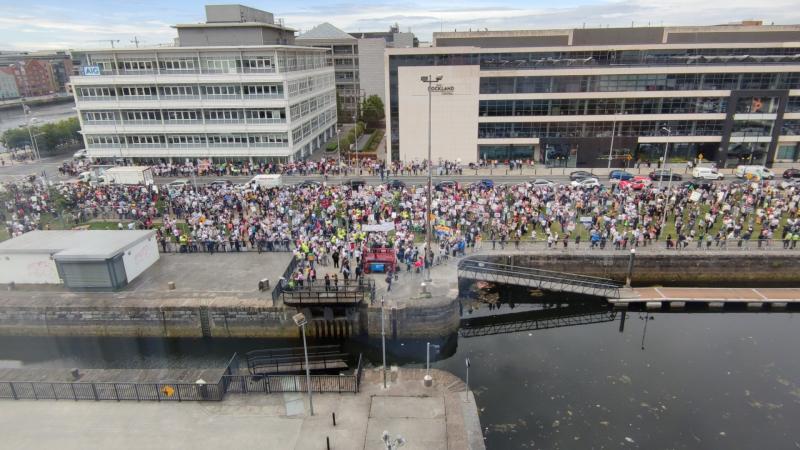 Thousands lined the streets the last time there was a major mica march - will anything happen tomorrow?

It is unclear whether Saturday's proposed mica march in Letterkenny will still go ahead.

This is due to the fact Taoiseach Micheál Martin will not now be attending a meeting in the town with the Letterkenny Chamber of Commerce.

It was called off when the venue, the Radisson Blu hotel, stated it could not facilitate the event.

No Mica Action Group spokesperson was available this morning to advise if the march was still going ahead or whether they would move their protest to  the  Ógra Fhianna Fáil National Youth Conference in Dungloe.

"We are extremely disappointed that we will now not have an opportunity to meet with the Taoiseach in Donegal. Our intention at the event was to emphasise the economic needs of the county and region including mica redress.

She added: "We have now missed a perfect opportunity to put the concerns of our members directly to An Taoiseach. We will continue to engage with all political parties and Government for the advancement of Letterkenny and the North West region.”

It was confirmed by a chamber spokesperson this morning that the group had also decided it would not be going to Dungloe to meet with Mr Martin.