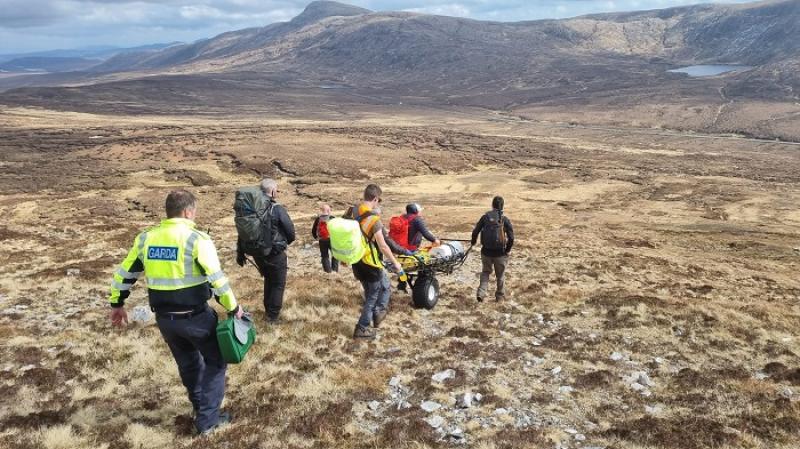 Part of the dramatic rescue on Errigal (Pic: DMRT FB)

Sarloc technology was used yesterday, when the Donegal Mountain Rescue (DMRT) team were tasked by An Garda Síochana to assist a walker who had fallen and sustained a lower leg injury on Errigal mountain.

The casualty was located using Sarloc and a hasty team was dispatched to assess the situation.

Due to the level of pain, it was concluded that a walk off was not possible and so Coast Guard Rescue 116 was called upon and dispatched to assist. 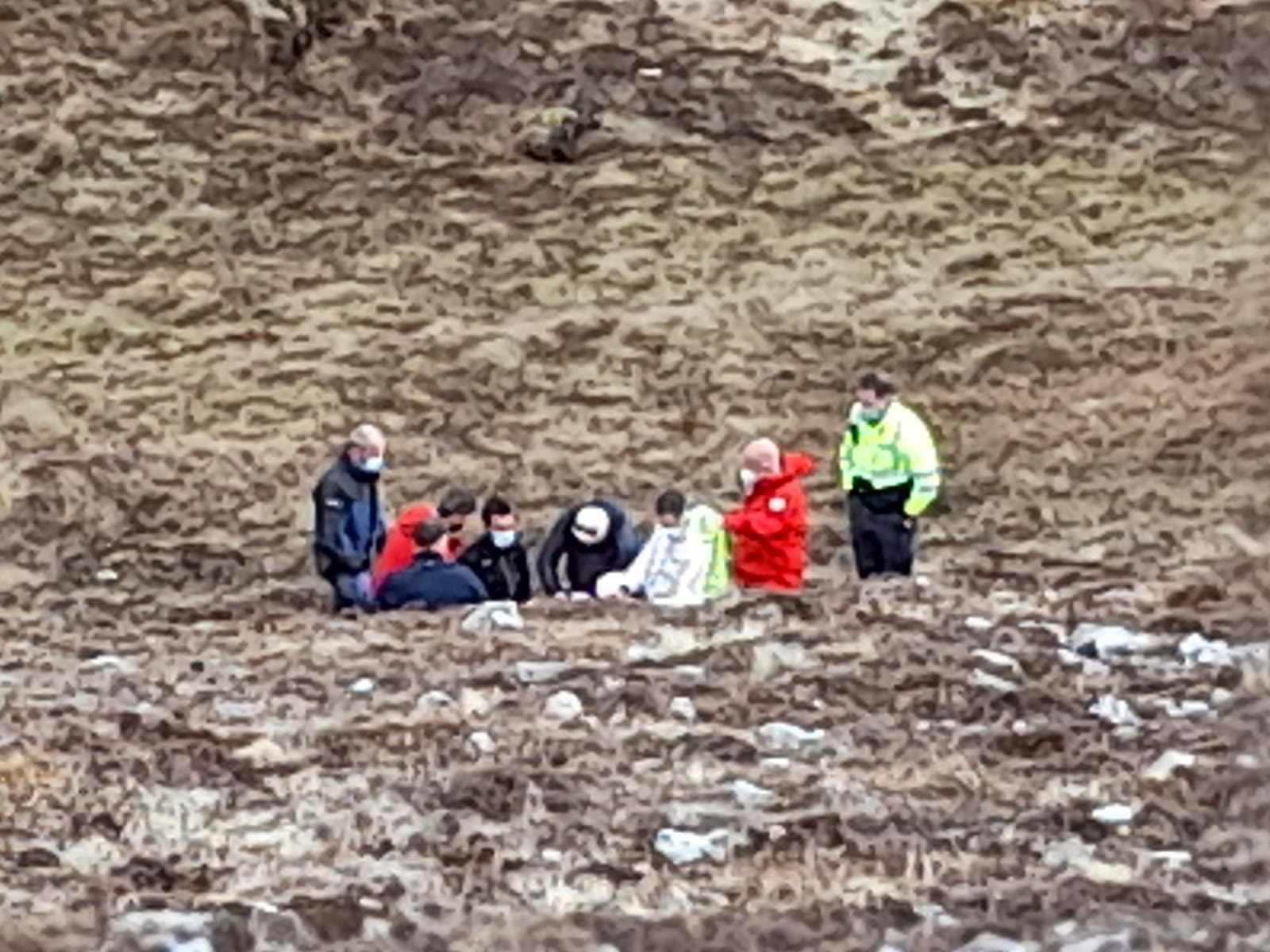 Team members immobilised the leg injury and kept the casualty comfortable until airlifted from the mountain to Letterkenny University Hospital.

The call out came at approximately 8.46 am and those involved returned to base and the team were stood down at 14:07.
"Our sincerest thanks to everyone involved, including the National Ambulance Service (NAS), for all their assistance during this call-out," a facebook posting said. 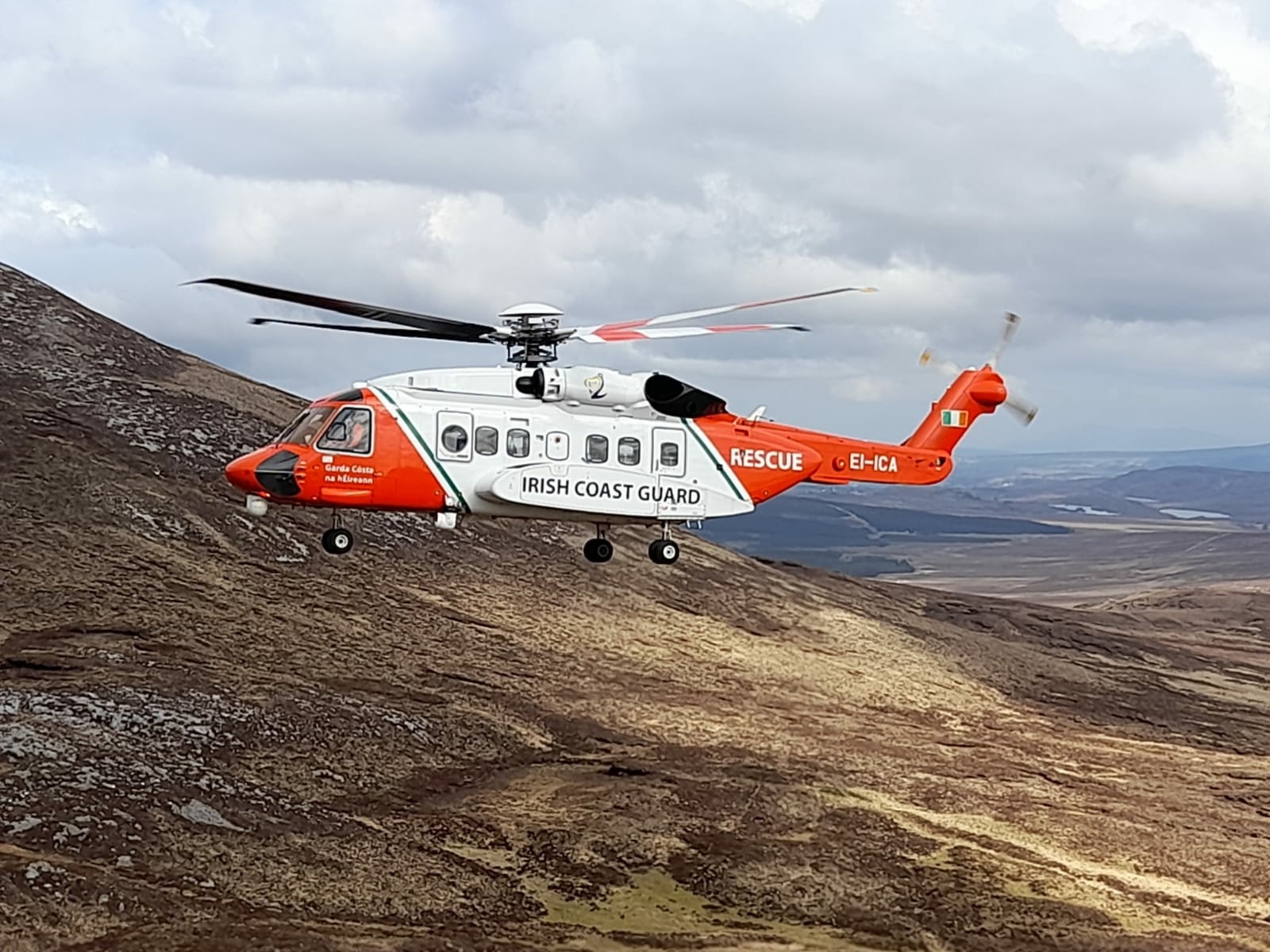 SARLOC technology means that a text message is sent from SARLOC to the hiker's smartphone, which includes a link to a webpage.

Once the webpage is opened, the smartphone's GPS data is interrogated to pinpoint the Latitude and Longitude coordinates of the smartphone.

You can donate to the team here by linking to:
https://www.idonate.ie/293_donegal-mountain-rescueteam.html