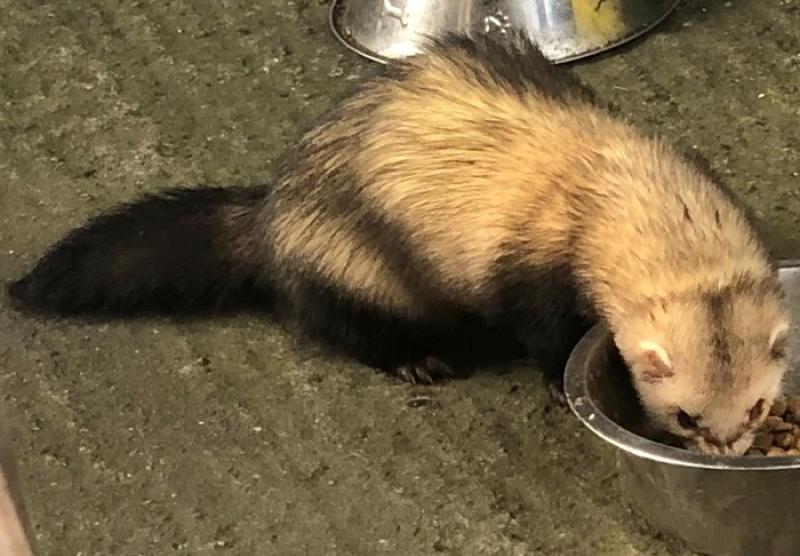 The ferret that was found in Convoy

Spring is in the air and that can mean only one thing for the volunteers at Animals In Need – ‘Kitten Season 2022’ is fast approaching.

This also means that it is vital that all pet cats over the age of 6 months are neutered and it is equally important to neuter your cat if it is male.

Unfortunately, some cat owners think that because their cat is a boy, he does not need the operation.

Not only do unneutered male cats spray around their territory, causing a pungent pong in the area or in their home, but they are far more likely to wander off looking for a female and get themselves into all sorts of trouble than their neutered counterparts are.

AIN have been called out to help a number of unneutered toms recently, amongst them a battered and bruised tom cat called Kyle.

When he arrived at AIN, Kyle had cuts to his face and an injured eye, he was very run down and carrying an air of defeat. He was sick with cat flu, his fur was coarse and dull and he was extremely underweight. 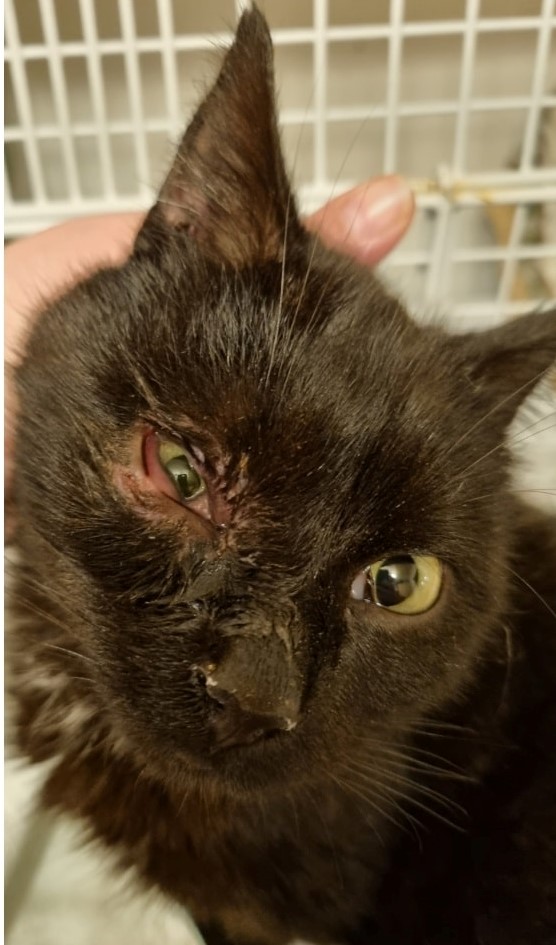 After a week in foster care, the condition of his fur has started to improve and his eye is healing well.

He will need tests at the vets and, all being well, will then be neutered so that he is ready to find a loving home of his own.

Sadly, some rescues come too late, as was Ariel’s case.

Ariel was a black kitten of only three or four months old.

When she was found she was in a state of complete collapse, freezing cold, dehydrated and mere skin and bones.

On top of this, Ariel appeared to have been attacked and had a large, infected open wound on her back leg along with puncture marks on her body.

Despite receiving treatment immediately, she was too weak and the infection in her little body was too advanced for her to survive.

A kitten as young as Ariel should not have been out alone in the first place and she would have suffered for a considerable amount of her short life before she was found. 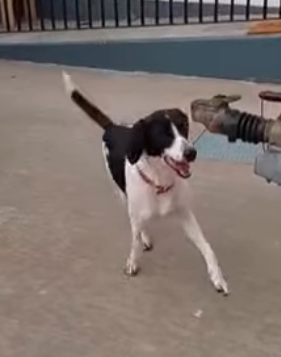 Dee at play after her leg amputation

Back at the cattery, mum cat Susie and her six kittens are all doing well. Susie has taken to motherhood with relish and the kittens are thriving.

Another pregnant cat, Luna, arrived this week. She is not much more than a kitten herself which highlights the importance of having cats neutered by six months old.

Luna had been looked after by a family she had adopted herself, but faced with the prospect of additional kittens, it was decided that the best solution was to hand Luna over to AIN so that she can have her kittens in safety.

There is fantastic news regarding Dee, a young dog found injured in Inishowen last Christmas Day.

Dee had been found lying at the side of the road with a broken femur by the Gardaí, who called out an AIN volunteer to help.

AIN’s volunteer rushed Dee to the vets in Carndonagh and after several days of treatment, she was transferred to a foster home in Donegal Town.

Dee underwent surgery in January in the hope that her injured back leg could be saved but unfortunately the leg did not heal and so Dee had further surgery a few weeks ago to have her leg amputated.

However, thanks to the resilience of animals, Dee has made an amazing recovery and quickly adjusted to life with three legs. She can hold her own at playtimes with other dogs and has been racing around at her foster home, which is great news.

AIN carried out one of their more unusual rescues this week, when a ferret was found in Convoy on St Patrick’ Day.

If you have any information on where the ferret came from, please contact the cat helpline. Proof of ownership is required for all reclaimed pets.

To help AIN’s animals, please donate €2 to AIN’s ‘Help Us To Help Them’ fundraising appeal via your phone by texting the word ‘KITTEN’ to 50300. Every last cent goes directly to the rescued animals for their food, bedding, vet bills, worming treatment and vaccinations.

For further information on adoption, fostering, volunteering etc, please contact the main helpline on 087 1356188. For cat/kitten enquiries please call 087 7644420. Animals In Need Donegal is also on Facebook and has a website at http://www.animalsinneeddonegal.com.