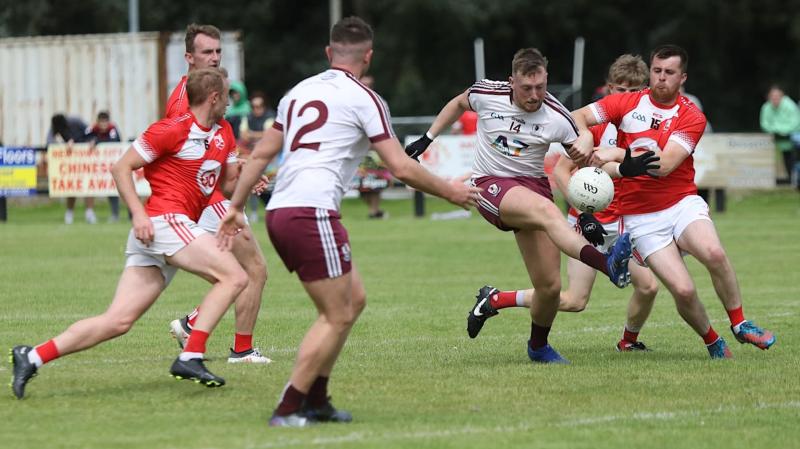 Letterkenny Gaels eased to a comfortable victory to get their Junior A Championship campaign off to the perfect start at Naomh Colmcille on Saturday afternoon.

This group A meeting, played in brilliant sunshine in Newtowncunningham, lacked little in terms of commitment and energy from both sides.

However, as the scoreline suggests, it was Gaels who were much the better side. They looked a well-oiled outfit who have definitely benefited from playing against some very strong opposition in Division Two of the All-County League.

They hit the ground running in this game and when Ronan Frain bravely punched a Conor McBrearty pass to the net before colliding with a post, even with only six minutes played, they looked on their way.

By half-time, their lead was 1-7 to 0-1 - the home side kicking several poor wides in the first half and their only score was a well taken point from Jacob McDaid.

Dungloe up and running in IFC with good win at Burt

That said, Naomh Colmcille played much better in the period immediately after half-time and four minutes in, they scored their opening goal when Shane Monaghan finished well to the net.

But the response from Gaels was instant. Cahill deserves credit for the part he played in the move which ended with Cormac Cannon taking a pass at pace before firing past keeper Matthew Whoriskey.

And while Naomh Colmcille found the net again soon after when Hugh O’Donnell fisted home, Gaels were able to kick points with way too much ease.

A third goal for the Letterkenny side arrived on 47 minutes when Frain scored his second goal of the game after he latched onto Paddy Doherty’s pass.

Cormac Cannon top-scored with 1-6 wile Ronan Frain helped himself to 2-2.

However, the Gaels joint management team of Dougie Corbett and Paul Melaugh will be just as happy at the fact that their team conceded only four scores over the hour.

For Naomh Colmcille, there are still enough games left for them to earn a quarter-final place, and they will take heart from an improved second half display as they prepare to take on Moville next weekend.