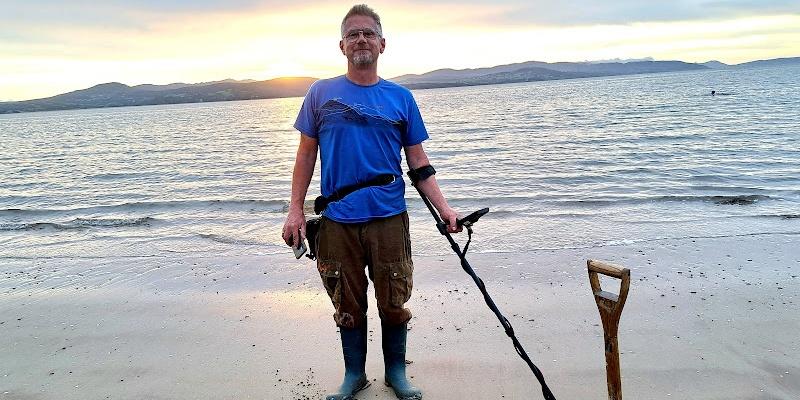 A woman who lost her late father’s ring when swimming on an Inishowen beach has spoken of her overwhelming joy after it was found by a metal detector enthusiast almost two months after it went missing.

The gold ring was found close to where it was lost less than 24 hours after a detectorist was enlisted to search for it.

Caroline Campbell from Galliagh in Derry was swimming at Ludden beach outside Buncrana on July 12 when the wedding band went missing. It was not recovered despite a long search by members of a swimming group she was with.

“I was distraught. I held it together while everyone was frantically looking for it and I had to hide my emotions. But when I got home my mother was at home with my children and I broke my heart then as it means so much to me.”

Caroline, who has been swimming several times a week at the beach since January, had lost hope of finding the ring when her friend Charlie Smith, who she swims with in the Waves For Mental Health group, enlisted the help of Kieran Hegarty who she had seen using a metal detector on a beach at Culmore.

Kieran began looking just hours after being asked to help and recovered the ring the next day following six hours of searching. 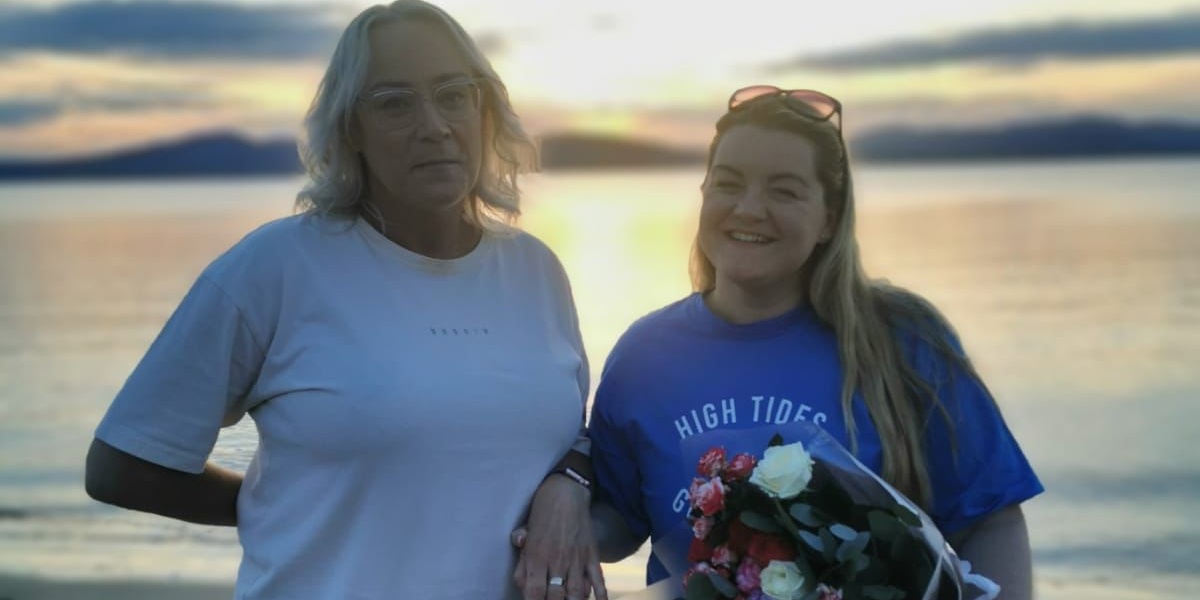 Caroline Campbell, left, wearing the gold ring that was recovered on Ludden beach after her friend Charlie Smith enlisted the help of detectorist Kieran Hegarty

Caroline knew the ring was found when Charlie sent on a photograph of it just minutes after Kieran had made the discovery on low tide.

She immediately left for Buncrana with her mother to be reunited with the ring.

“I was very shaken and very upset because I just couldn’t believe it. Whenever I got down I turned the car off and ran down the boardwalk onto the beach. As soon as he saw me running down he put the metal detector down and put his hand into his pocket and when I walked up to him he had the ring in his hand.

“I knew straight away it was my Daddy’s ring and I started to cry. I hugged the life out of him. I was overcome because I genuinely thought it was gone and I had accepted that I would never see it again.”

Caroline said she still can't believe the ring has been found and will be forever grateful for the effort Kieran put in to find it.

“His words to me when I met him on the beach was he wasn't leaving until he found it. I will forever be in his debt. I still can't believe it. Everyone is asking me to see it and my friends have been phoning. I was down there at the weekend for a dip and everyone was hugging me. It’s just such a mad story to think it was so long ago it was lost and he went down that day and found it just like that.”

Kieran said he was confident that he would find the ring because of the strong indication he was given of where it was lost and the fact that the topography of the beach meant it was unlikely to move much.

€3m family and sports development for Carndonagh 'a blueprint for excellence'

The Cork man, who has relocated to Derry city in recent months, said reuniting Caroline with her father’s ring was a very emotional experience.

“She was overwhelmed, it was very emotional. She was crying and when I took it out of my pocket she couldn't even speak to me. She just turned around to wave to her mother and give her the thumbs up and I started getting emotional then. It was an amazing experience. I’ll never forget it and will remember it for the rest of my life.”

Kieran has become a keen detectorist since taking up the hobby in the last year.

“It is great, it is very therapeutic and you can do it at night especially when there is a good moon. I have been fishing all my life and I haven't picked up a fishing rod since I started this.”