We want this nightmare behind us - Mica Action Group 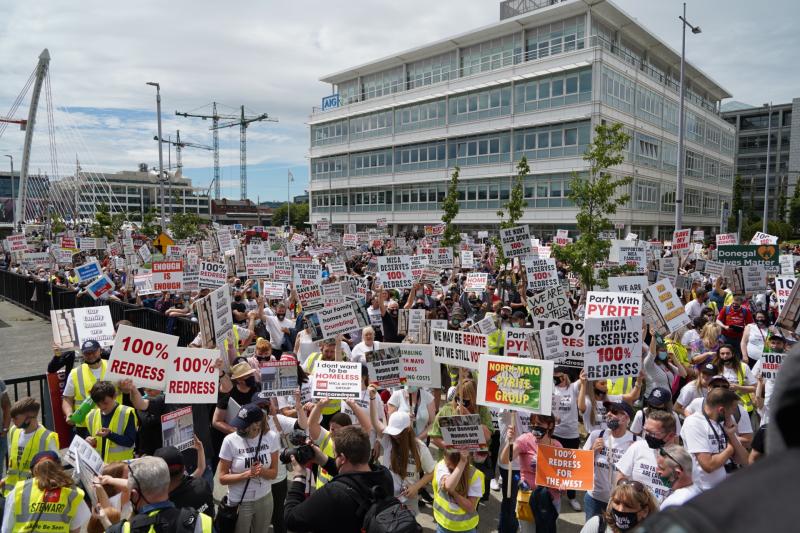 Ministers were informed the cost of the Scheme may may increase by €500 million, in addition to the last estimate of €2.2 billion.

Homeowners are currently being briefed on the the details by officials.

The Scheme, which has not undergone pre-legislative scrutiny, does not cover other deleterious minerals, including Pyrrhotite, which has been raised by redress campaigners, councillors, as well as national and international experts.

The Mica Action Group said it wanted to see detail of the legislation before commenting.

Speaking this morning, redress campaigner, Paddy Diver said: "The Government really needs to get it right this time".

Michael Doherty, PRO of the Mica Action Group said: "We want this nightmare behind us.

"We want our homes back and we don't see why we should be out tens of thousands of euro in order to make that happen. We want to make sure the job is done right."