Swell fundraiser for Friends of Hospice 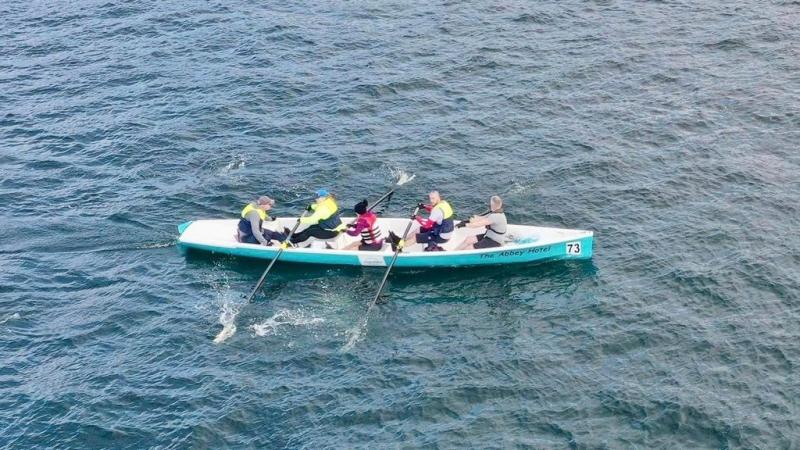 Pulling for the Hospice

A fundraiser with a difference is taking place in aid the Friends of Inishowen Hospice later in the summer.

The highly regarded organisation cares for the people of Inishowen at home and in hospice wards, Carndonagh.

The Pulling for the Hospice fundraiser will see a team of Inishowen rowers departing from Malin Head to row to Islay, the southernmost of the Inner Hebrides Islands, off the west coast of Scotland, in August.

At any one time there will be four rowers on the boat along with a cox. The eight confirmed hardy crew members involved are: John Farren, Tara McConalogue, Oliver McConalogue, Colm Sweeney, Lisa Sweeney, John McGuinness, Eddie Doherty and Paddy McLaughlin 'Mooney'.

Speaking to Inish Times / Inish Live, event co-organiser John Farren said the Hospice was something which affected everyone in the peninsula.

He added: “The Hospice caters for every family in Inishowen so we felt it was the most deserving cause that we could raise funds for.

“The idea of the row came up just before lockdown. It was a challenge that I had always wanted to do and I felt that doing it for a charity would be something to motivate myself and others to get fit to do it and it might inspire a bit of interest from the local community to support us.

“It certainly has done that. Anyone we have approached for sponsorship or donations has been very, very generous. We have set ourselves the target of raising €25,000 for the Inishowen Hospice in Carndonagh and we are very hopeful that we will surpass that.”

Surprisingly, John, who is the general manager of Ballyliffin Golf Club, said he was not a rower. “The whole team, all of us were complete novices. We organised training when we decided we were going to do it and we are learning as we go along, with a lot of help and advice from Donegal Rowing Club and others. We will have a couple of safety boats going over with us and a couple of 'subs' too in case people get injured. Every precaution will be taken.

“Pulling for the Hospice is very much dependent on the weather and that is why we can't put a specific date on it at the moment. We are hoping to go in August but it will be weather and tide dependent. We will have to pick the right day to do it because it is a bit of a marathon. It is 50 plus miles and we need to have tide and time on our side.

“The hope is we do an hour on and an hour off. We expect it will take about 12 hours to complete the journey.

“At the minute, we are all training in the gym three times a week and we try to get out rowing at least twice a week on top of that,” said John

Donations can be made to this worthy cause at here: Pulling for the Hospice GoFundMePage.