'Not going to fall for Government tricks' 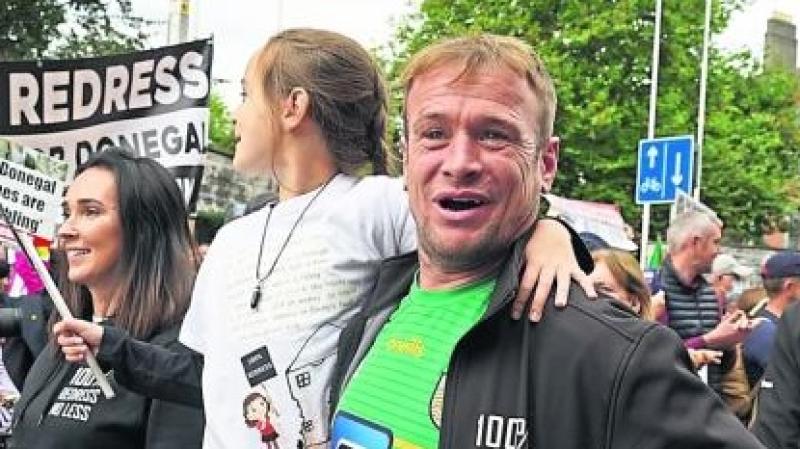 'Not going to fall for Government tricks' – Paddy Diver

“We are not going to fall for Government tricks,” warned Inishowen's talismanic redress campaigner, Paddy Diver.

Speaking to Inish Live, Paddy explained he had decided to return to the 100% Redress campaign over concerns about the lack of pre-legislative scrutiny for the proposed Enhanced Defective Concrete Block Scheme, supposedly coming before Cabinet on June 28.

Paddy said he was prompted into making Friday's public statement when a mica campaigner was quoted in a newspaper article saying she thought the Enhanced Scheme was good enough and some people could not wait any longer for a scheme.

“When I stepped back from being the public face of the campaign in March, I was still in the background. I was still chatting to affected homeowners. I always had a good handle on what was going on,” said Paddy.

“But as the legislation for the proposed Enhanced Scheme got closer and closer, the lack of pre-legislative scrutiny really concerned me. It made me sit up and think, 'Hold on a minute here. I don't want to live with any regrets. This doesn't sit right at all.'

“I began to realise why we needed pre-legislative scrutiny. It seemed to me, the Government was saying, 'No, we are not going to show you this legislation. We are just going to get it straight through the Oireachtas.

“My main fear is around the future insurability of houses. If experts do not get to critically examine the proposed legislation, scrutinise it, will we be able to get insurance for our homes? What happens if we go to an insurance company and ask, 'If this legislation is passed, can our homes be insured and the answer is no?' So, I think it is better if nothing is rushed through . Houses not being insurable is a massive issue in Inishowen and beyond and it can't be overlooked,” said Paddy.

Paddy acknowledged everybody involved in the broader redress campaign was tired.

He added: “I know everybody's momentum is killed and people want to get their lives back together but, at the same time, you can't fight this hard just to let the Government win. And the Government will win if homeowners turn around and say, 'We are tired. Just give us whatever we can take now. We will take it and that will do us.'

“No way on Earth did we fight this hard to cower in now and do that. No way. There is emergency money there now for people who want to get a chimney taken down but get the Enhanced Scheme right. It needs to be right. The lack of pre-legislative scrutiny was the one thing that was bothering me.

“In order to get the pre-legislative done, we need to get as many people as possible involved in the campaign. The Twitter numbers have gone down. The social media has waned. There is too much in-house fighting.

“I thought, 'I can't just be sitting here criticising. I need to get up and encourage people.' I have been sitting back hoping the negotiations would go well but, in reality, it doesn't look like they are. There is no point in me hoping somebody else is going to do something, without me doing something myself. So I said, 'It's time for me to go in and try see if there is any way of reinvigorating people,” said Paddy.

Calling on people to sign the petition calling for pre-legislative scrutiny on the proposed Enhanced Defective Concrete Block Scheme, Paddy said: “All I ever wanted was people to get the best possible chance to fix their houses. Some people want to go the legal route, some people want the Government to be responsible. Why can the two courses of action not run side by side?

“I went for the old age pensioners because they do not have the six years a legal case might take. The one thing I would ask people to do this time is pull together against the Government. Keep it positive because everyone of us has one goal and that is to fix houses.

“What I want everyone to realise is that, at the top of the 100% Redress Facebook Page is the email address of every TD and politician. People need to email them and also get involved in the Twitter storm every Wednesday evening.

“Realise the power you have in your hands. It is phenomenal what we can achieve when we pull together. But, when we sit back and let a small minority of people do the work, they get tired and they dwindle away to nothing. The Government has been winning this fight by killing momentum. It is time now for everybody to pull together.

“This Wednesday night's hashtag on Twitter is #GetItRight. If we don't get back into action, we are going to lose people and we cannot afford to lose people. Over the next couple of weeks we really, really need to pull together,” said Paddy.

Paddy emphasised he had no allegiance to any political party.

He said: “All the politicians have sat back and been too quiet. The Government is not in a good position at the minute. It was in bother over the [National Maternity] Hospital and over turf. Mica is a thorn in the Government's side.

“We are not going to fall for Government tricks. We need to be smart enough for those tricks because there are going to be leaking all over the place now.

“The engineer who was trying to discredit one of the leading International scientists, Dr Andreas Leeman, [Iron Sulphide Attack], as well as Ulster University's Professor Paul Dunlop, is one. We need to be ready for the Government's tricks. That's the way I see it at the minute,” said Paddy.

He added: “Making a concerted online effort now could save homeowners tens of thousands of euro. Putting pressure on the Government now could mean a 10%, 15%, 20% difference in the Enhanced Redress Scheme. Our fate is in our own hands now,” said Paddy.