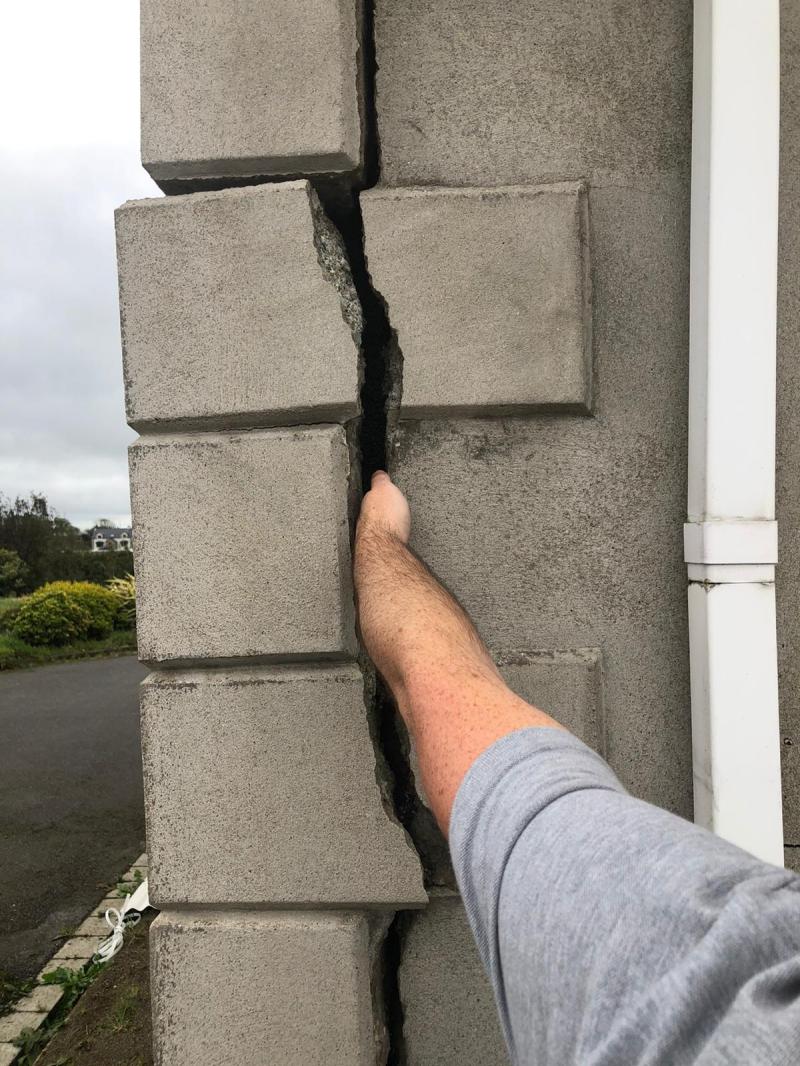 “I think the scheme is a joke because I do not believe there is a single engineer who will sign off on any of the properties.”

That was the forthright view of chartered civil engineer, Aidan O'Connell, on the proposed Enhanced Defective Concrete Block Scheme, which is coming before Cabinet on June 7, apparently without pre legislative scrutiny.

Managing director of AOCA Engineering Consultants, which has extensive experience of the Pyrite Remediation Scheme, Mr O'Connell said he held this view because the Government was going to be dictating the solution to damaged homes.

“I'm sorry. That is insane. It is like you telling a medical consultant what procedure they are going to use to treat you.

“That has been something Engineers Ireland has raised [with Government]. It is something we have raised as engineers. I am a fellow of the Institution of Engineers Ireland and I said it vociferously to the Expert Group on the Defective Concrete Blocks Grant Scheme, which was established to review and update the January 2020 redress scheme.

“I think the 'new' scheme is completely unworkable because I do not believe there is a single engineer who will sign off on any of the properties. Professionally, they simply will not be able to do so.”

Mr O'Connell was adamant that there were no circumstances under which an engineer could or would accept a solution which was “foisted upon them”.

“And the second thing the Government is saying is there is a 'second bite of the cherry', as in, if we didn't get it right first time, you will be able to go and do it a second time. Again, in my humble opinion, that is absolute nonsense.

“Because, if I've gone into your house and torn down the outside of your building or done a repair and it does not work, you are going to have no faith in me. And then, if I come back and say, 'Okay, we are going to do this for you now', your answer is going to be, 'Well, why did you not do that in the first place?'

“In my opinion, the best way to manage remediation would be to use an external body. Outsource the reviewing of remediation to an organisation which has experience in dealing with similar situations and can give an objective opinion.

“That way there will be no conflict with engineers. That is the way the current Pyrite Remediation Scheme works under the IS 398 protocol.”

Mr O'Connell explained: “If the property in question is in an area of houses, an estate, which I know contains lots of Pyrite, of which we have extensive experience, historical evidence and multiple reports, I would not bother doing any testing. I would sent it in and remediation would be approved almost immediately. End off story. Engineers do the specification of what is required.

“We are doing hundreds of them for the Government. That scheme works perfectly. Engineers have the independence but more importantly, they have have the responsibility to make sure the scheme is implemented correctly.

“IS 465 [the protocol for determining whether a building has been damaged by concrete blocks containing certain excessive amounts of deleterious materials such as mica] has been set up so remediation is independently determined by the engineer. It is not something implemented by the Housing Agency.

“The proposed Enhanced Scheme being handed over to the Housing Agency will only work if the Housing Agency is not dictating the solution. If it is, I would not touch it with a bargepole. [Under those circumstances] no engineer would get professional indemnity insurance and if we can't get professional indemnity insurance, we are wasting out times.”

Mr O'Connell reiterated that all of the concerns of engineers about the proposed Enhanced Scheme had been brought to the Government.

He concluded: “My company, AOCA Engineering Consultants, has consistently been the biggest consultancy in Ireland dealing with Pyrite and such problems, since 2007.

“However, we will not get involved with the Enhanced Scheme as structured. We cannot. We would not be able to obtain professional indemnity insurance.

“We will not get involved in this. Our professional indemnity insurance doubled last year with no claims, singularly because we are dealing with pyrite. Do I want another blast of that? No thank you.”